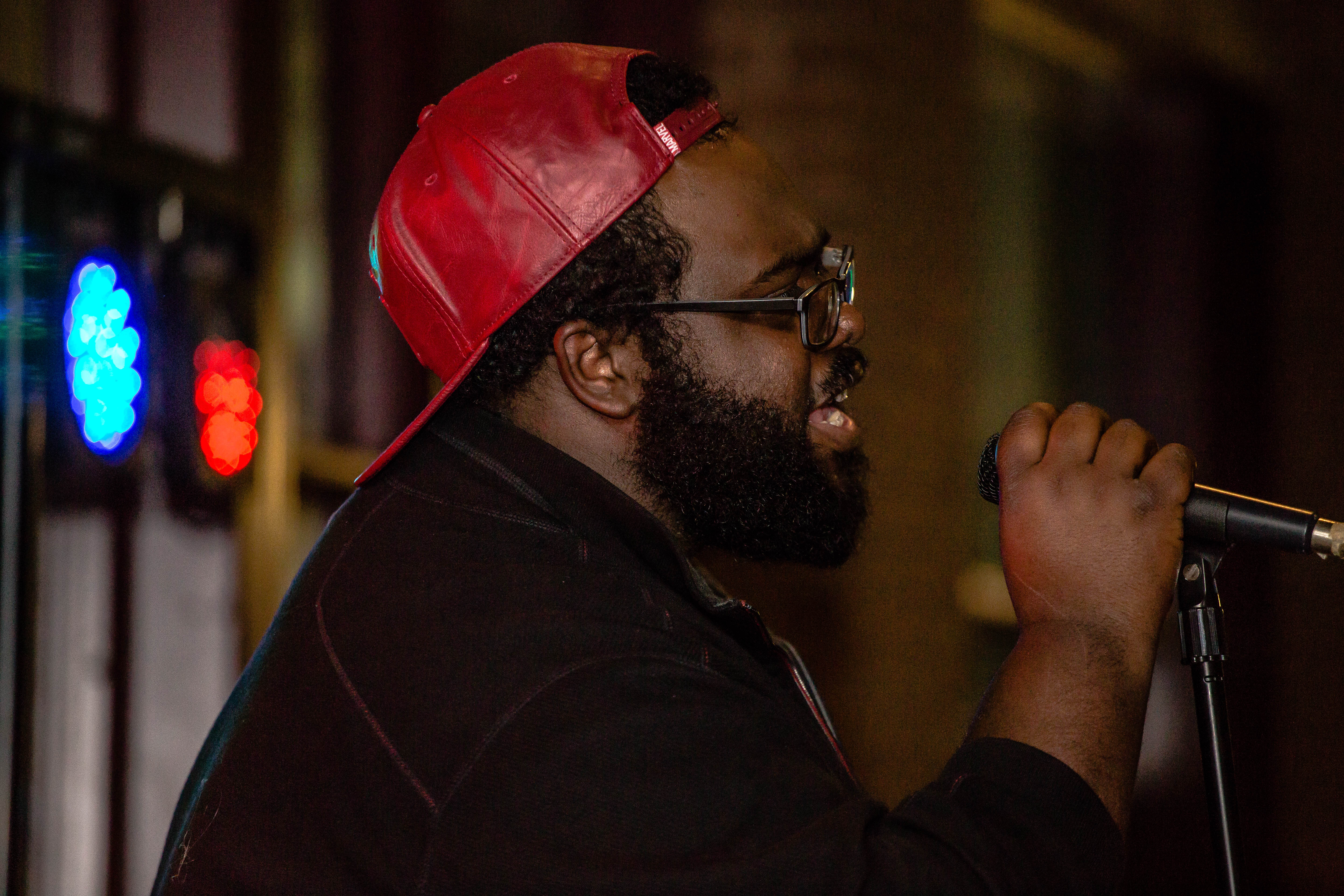 The newest addition to student life at Franciscan University, the Black Student Association, held a well-attended first event, a dance party, on Feb. 17 in the J.C. Williams Center.

The event encompassed most of the lower level in the building. Utilizing the open area of the atrium, various decorations such as streamers and confetti adorned the surrounding area. Most visible were the rotating strobe lights, which emitted exciting colors to illuminate the J.C.

Although officially beginning at 9 p.m., the lower level was sparsely filled with a handful of students. However, with the inviting noise of music and scene of bright lights, students soon began to enter the building to join.

“It started out slow so I was afraid people wouldn’t come dance,” said organizer Erica Baker, a sophomore humanities and Catholic culture major. Luckily, the music attracted visitors and after a while, “a good amount of people were on the dance floor,” she added. Baker was a part of planning and decorating for the dance.

By the time the event had reached the hour mark at 10 p.m., the dance floor was filled. Music from the hip-hop and contemporary R&B genres filled the center with recognizable favorites. With the beginning of every new song was the collective gasp of the crowd in noting approval of the popular songs.

Throwback artists such as Montell Jordan, Bell Biv DeVoe and Michael Jackson were all enjoyed by those dancing. Newer songs by DJ Khaled, Beyoncé and Sean Kingston were equally appreciated.

Most notable was the crowd response to party favorites such as “Cha Cha Slide” and “Cupid Shuffle.” Those on the dance floor were seen clapping, dancing and singing along to these classic line dances.

At one point, a divide was formed in the atrium to make room for a line dance based off the one from “Soul Train,” a popular music program from the 70’s. Dancers made their way down the line while those watching on each side cheered them on.

Similarly, an impromptu dance was choreographed around the song “Proud Mary” made famous by Tina Turner. Akin to Turner’s iconic dance moves, students were seen twisting and “rolling” with the beat at the song progressed.

Even at 11 p.m., more people were coming to join in the night’s festivities. The music selection began to stray away from hip hop tracks toward other genres such as pop and bachata, which all in attendance enjoyed.

Sophomore international business major Tamsyn Lampkin said that although she “came halfway through the dance,” she found it to be very enjoyable.

Baker, who looks forward to the development of the Black Student Association, said, “There is nothing set in stone,” regarding future events hosted by the group. “Hopefully there will be talks pertaining to the Black Catholic community,” she said.

The event officially wrapped up near midnight when music ceased to fill the J.C. Williams Center. Chants of an encore song were heard throughout the building but were lulled by the need for a good night’s sleep among the student body.