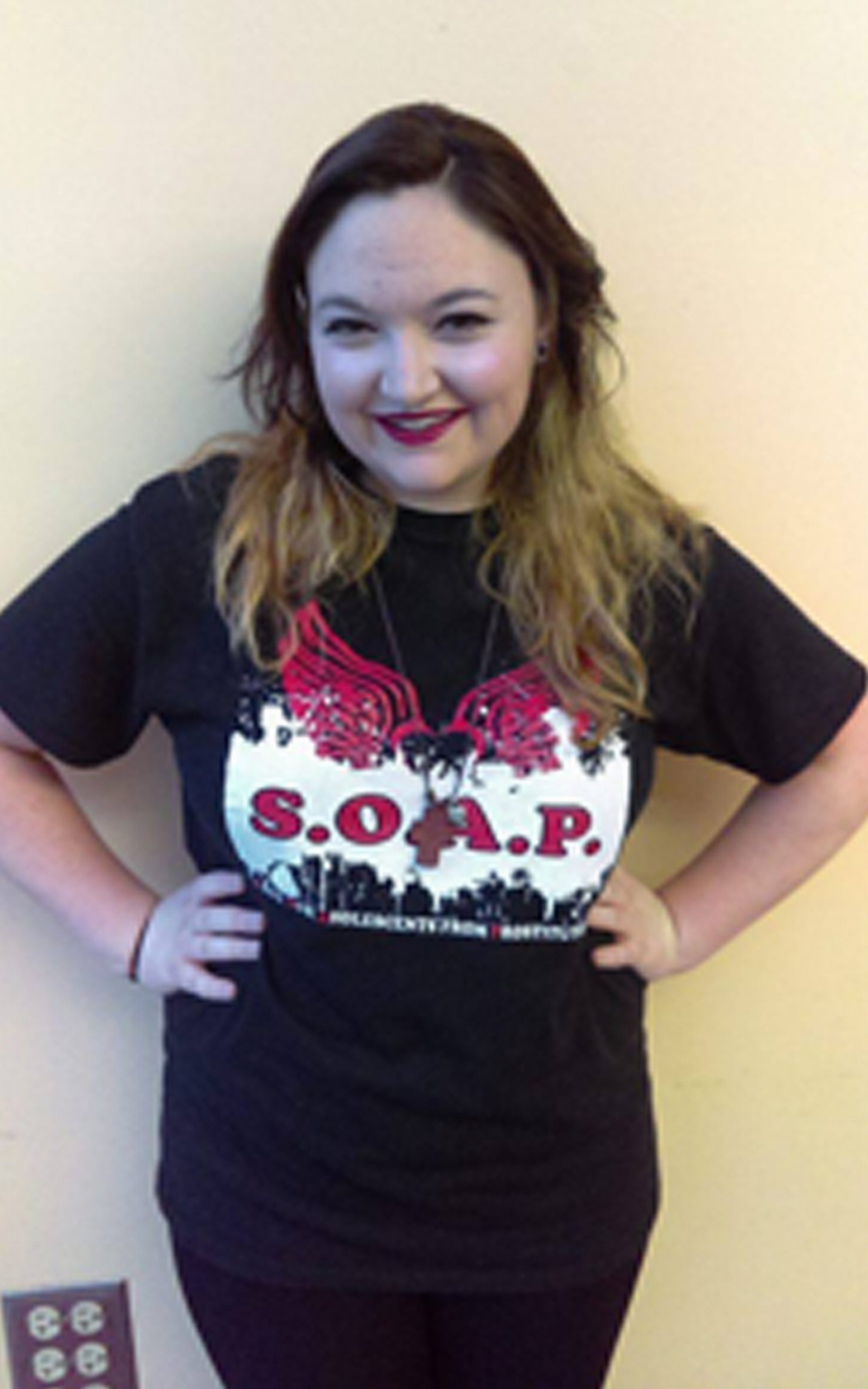 When you hear the term “Underground Railroad,” your mind probably goes to slave liberation during the Civil War, but today there is another form of human slavery.

Megan Salzano, a junior psychology major, is in the process of forming a club known as the “Underground Railroad” club at Franciscan University in order to raise awareness of human trafficking and teach students how to help victims of this slavery.

“There are so many things that go on, and you have to be aware before you start fighting it in the real world. I’m trying to make it my mission to educate other students and have them learn more,” said Salzano, who has been certified by various organizations to teach on the subject.

Regarding her interest in the issue, Salzano said that when she was a junior in high school and attended a conference called Life Teen Leadership Conference in Canada, she made a friend who asked her go to a benefit for the anti-trafficking cause.

“I always wanted to know more because I had heard about it but I had never known how severe it was,” said Salzano.

The benefit was sponsored by S.O.A.P. (Save Our Adolescents from Prostitution), whose founder is Theresa Flores.

“Her ministry and her testimony at this benefit is how I got started and I realized how bad it was, and my life was never the same,” said Salzano.

In addition, Salzano said she was inspired by 2015 Franciscan University graduate Camille Mica, who founded a ministry called “All Things New,” a relational ministry with trafficked women in Steubenville. However, when Mica graduated, there was no one to carry it on.

In fall of 2016, Salzano asked Rhett Young, director of Missionary Outreach, if she could start up “All Things New” again, and he said no “because we don’t have a place to go as a safe house in Steubenville,” said Salzano.

“It led me to think, what else can I do for the anti-trafficking movement?” said Salzano.

Thus she has pursued the idea of a club, and will be teaching from Theresa Flores’ book, “Slavery in the Land of the Free: A student’s guide to modern day slavery.”

Salzano said the club, which is in the process of being approved by Student Life, will also engage in intercessory prayer and spiritual warfare through its three patron saints, St. Josephine Bakhita, the patron saint of victims of human trafficking, St. Maria Goretti, and Our Lady of Sorrows.

The only commitment is weekly meetings, but Salzano also encourages her members to join Red Light Ministry, which sends students to pray in front of the strip club in Weirton, West Virginia, on Friday nights at 8:30 p.m. since “it coincides with our mission.” In the future, the club will also host speakers and events, like the screening of movies such as “Nefarious” or “Tricked,” on sex trafficking.

The club’s first meeting took place on Friday, Feb. 3. According to Salzano, about 12 people attended, and a few more expressed interest but were unable to attend.

“To be pro-life means to be pro-human, and in all stages of life,” said Salzano. “As Catholics, social justice and solidarity are our thing. I know that there are certain issues not everyone is concerned about, but I think this is an issue that everyone should be able to get behind because it takes you at your most vulnerable.”

Salzano quoted William Wilberforce to enforce her point that students should try to keep the issue more in their minds: “You may choose to look the other way, but you can never say again that you did not know.”

Salzano said even if students do not have a great deal of time to commit to the club or the cause, everyone should care enough to help in small ways.

“There are so many reasons that we should step up because people say it’s so hard to help, but there are so many little things you can do,” said Salzano, “If you sit back and do nothing, and you know it’s a problem, and you just don’t care about it, that hurts me and you could at least pray, even one prayer a day.”

Salzano also asks everyone in the club to take into consideration making a commitment against pornography.

“Even though it’s only 13 (fewer) people, it still makes a difference. It still gives me hope,” said Salzano.

“It’s just my thing,” Salzano said. “God has given me this great desire. It’s hard because when you have a desire for something, and things happen against it, when you see human trafficking

happening, it makes you break down and weep sometimes,” said Salzano. “If I could just help one person from my efforts, that is what I want.”