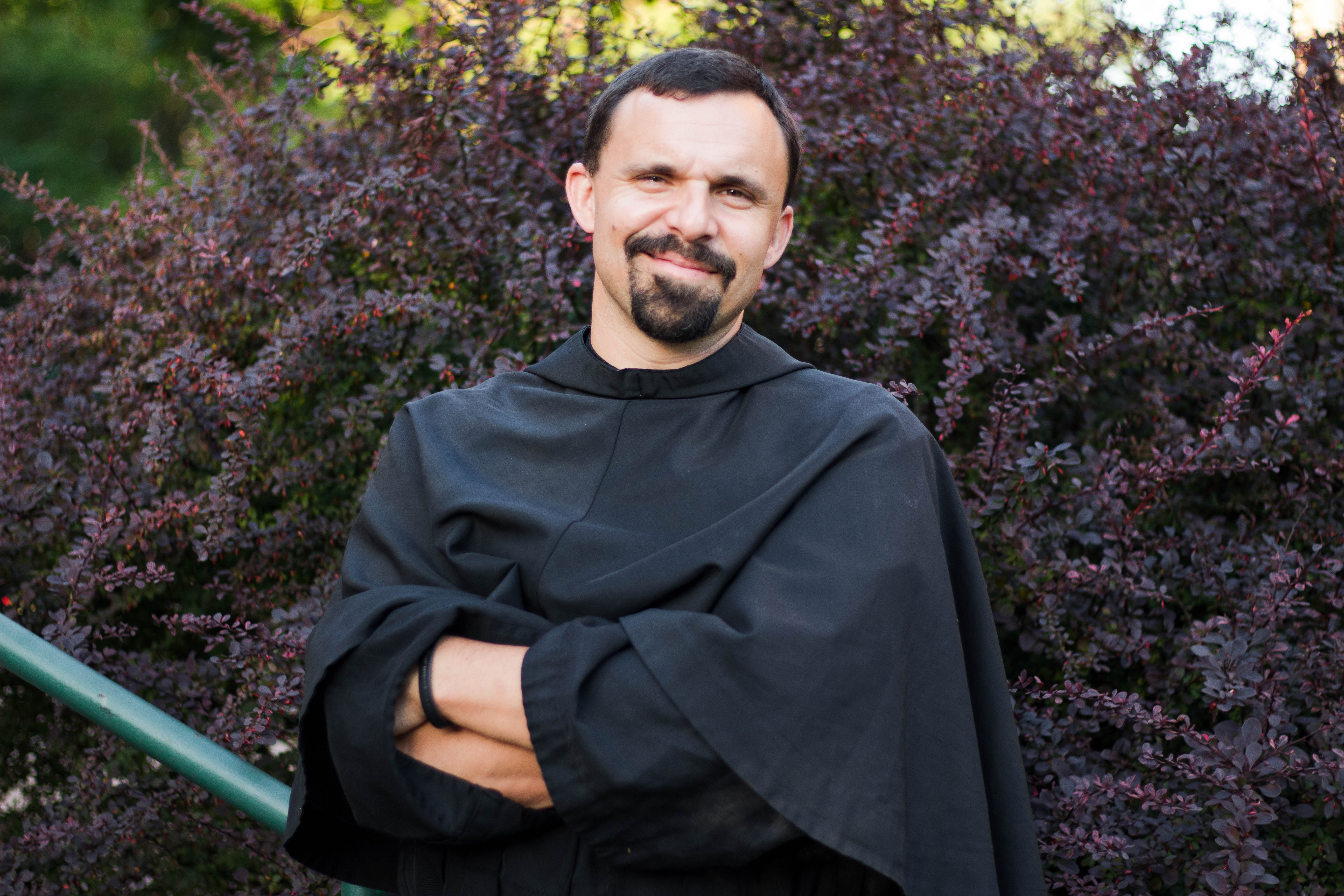 The well-known “Steubie-stank” didn’t stop the Rev. Matt Russick, TOR, from leaving the beautiful Alps to come to Franciscan University of Steubenville’s main campus to accept his role as the new pastoral associate to households.

Coming from the Kartause in Austria, Russick is excited to become a part of the bigger campus life and to plunge into his new role with households. He is eager to begin working with the households, saying that “it’s a cool job, you get to meet a lot of people.”

Russick played Division 3 football in college and still likes watching football as well. He enjoys sports but is “reduced to playing ping-pong and golf at this point in (his) life.” However, he is looking forward to taking in the sports on campus. “I’m a sports guy,” he said.

Being the chaplain in Austria gave Russick the opportunity to teach a class called St. Francis: Life and Charism several times while there. “Nobody knows anything about him, so I can say whatever I want,” said Russick with a laugh.

When asked what it has been like transferring from Austria to main campus, he replied, “I like living in a house, I like living with all the friars. I was used to living with just one other guy, and coming here, I think there are sixteen of us in the house, so it’s a little livelier.”

When he is not hanging out with the friars or playing pool in Sts. Kolbe and Clare Halls, Russick can be found walking around campus, getting to know the students and discovering what household life is all about.

“I don’t know much about households,” said Russick. “I would see households in the communion line in Austria, and I would talk to some people about them. I did get inducted into one, but I’m not going to tell you which one it is.”

As the pastoral associate to households, Russick explained that he is “the spiritual side. I preside at the household life Masses; I provide input from a pastoral standpoint, from a faith standpoint. But I’m still figuring out exactly what it is.”

“I’m not coming in with any grand plan,” said Russick. “I think (household life is) one of the better parts of Franciscan University, as far as I can see, because you can come in and you can have a community that’s decent.”

“I want to help them to be true to who they are, you know, that type of thing,” he said, “and if there are any changes to be made, I will suggest that stuff after I know what the heck I’m doing.” He then laughed and continued, “I’m not going to come in and be like, ‘Woah, look at this, this has to change!’”

Russick wants students to know that he is a people person and that he is motivated by Franciscan’s mission and the quality of students it attracts.

A word of advice he has for students traveling with the university’s Austria program is to visit Italy. “I thought the most beautiful country in Europe was Italy,” he said. “It’s just awesome from top to bottom. It has mountains and water and the food is amazing. The people are lively, and even a little ‘chippy,’ but in a good way! I really enjoyed going to Italy.”

While presiding at the fall 2018 household life Mass on Sept. 8, Russick encouraged households to invite him to their Lord’s Days. He is excited to become more involved in household life on campus by really sharing in their community. Franciscan’s main campus has been called “a light on the hill,” and Russick is eager and ready to share in that light.