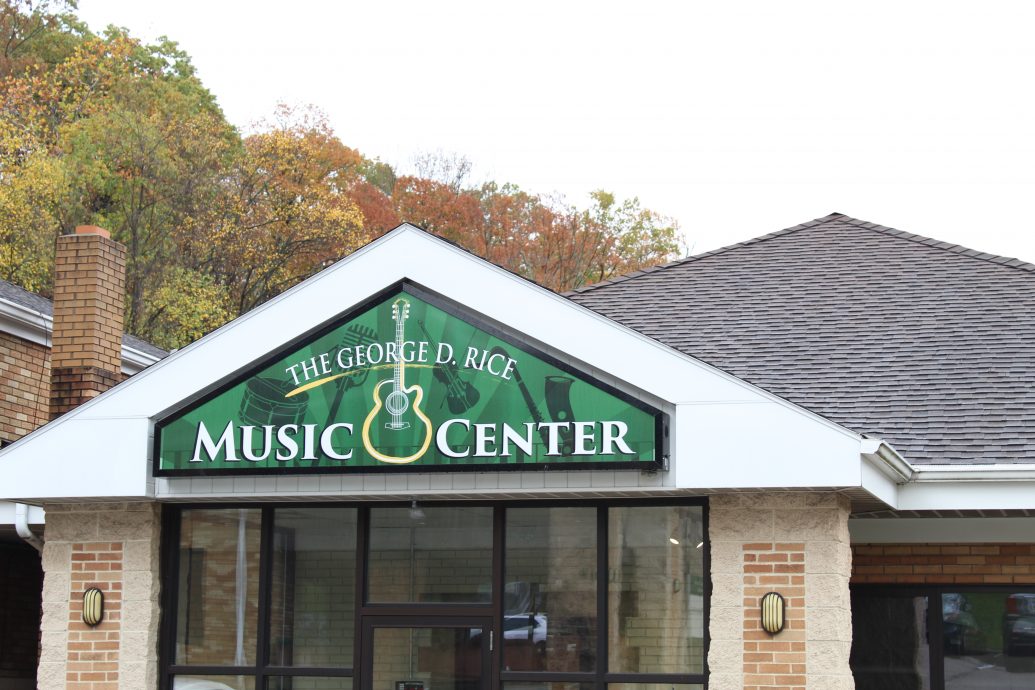 Over the years, Rice, who holds a doctorate in theology and has been releasing music since 1999, has been dreaming of a music center to encourage musical talent at Franciscan University of Steubenville. His father, George D. Rice, made that possible with a generous donation that was given after his passing in 2018. George Rice promised half of his donation at the time that his son was pursuing the idea of a music center and promised the rest to be donated after his death.

“He was in great health then,” when he committed to his donation, Rice said, “but surprisingly passed away six months later and suddenly this money that we didn’t think would be available for many years, was available.”

George Rice was known for his kindness and love for music. He played the saxophone and shared his passion for music wherever he could and with whoever would listen. George Rice played mainly at restaurants and Masses.

“He was just so grateful for the gift of music,” Rice said.

According to Rice, his father was known to always say, “I thank God every day for the gift of music.”

“He was a very generous man. … That’s another beautiful thing about the music center; it not only represents his love for music but also his generous heart and generous spirit.”

Rice’s father was not interested in having the music center named after him, but after his passing, Rice and the rest of the people involved in the project unanimously agreed to name the music center after George Rice. Rice is hoping that the nickname “The George” will catch on around campus.

The new music center now stands where Sandella’s Coffee Shop used to reside. Construction on the music center began right before COVID-19 hit in March, but thankfully the project was able to move forward throughout the summer.

Although the center is not completely finished, it is currently being used as the headquarters for “That They Hope,” the new podcast that Rice cohosts with the Rev. Dave Pivonka, TOR.

Many different musical instruments and items will be available for use, including drum kits, a baby grand piano, mics and guitar amps.

“We hope students will come to The George and play music and get better at their skill and use that to further the kingdom of God,” Rice said.

The hope is that this music center will attract more students who are looking to explore and improve their musical skills. With a place on campus specifically focused on music, more students with a passion for music, like Rice’s father, will join the Franciscan University community and find a place where they can pursue their craft.

While the George D. Rice Music Center is specifically for chapel ministry and those pursuing a minor in sacred music, the center is open to all Franciscan students.

“I look forward to the growth of student bands, of student song writing and lots of different expressions of music,” Rice said.

The goal of the music center is to start a new wave of excitement surrounding music and the possibility of growing the musical culture on campus.

“I really hope just having that music center right at the front of the entrance of the university makes a beautiful statement,” said Rice. “This is going to be a great place that loves music, specifically worship music.”