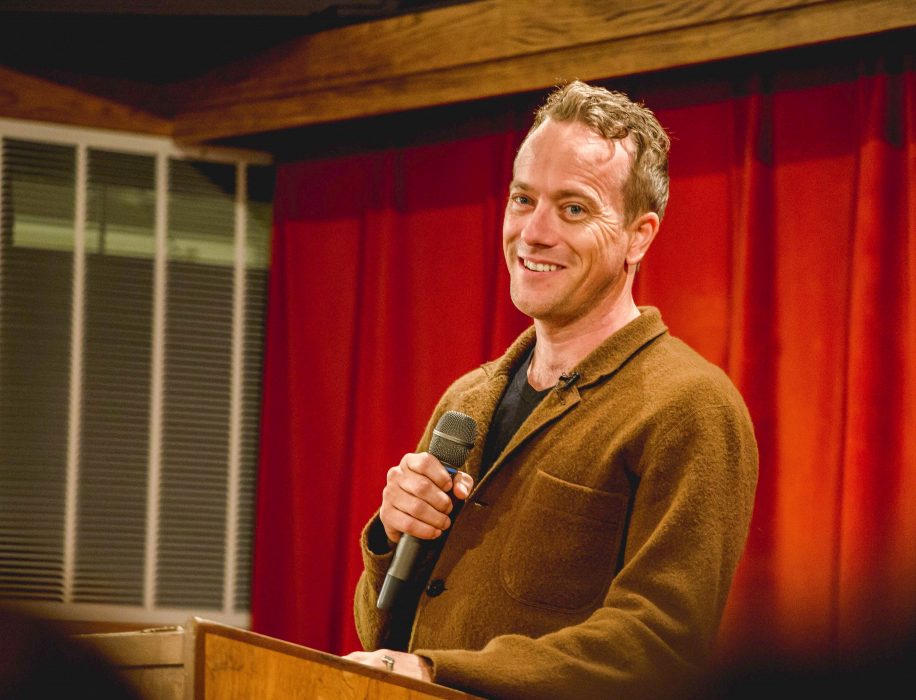 On the evening of Monday, Nov. 6, the laughter of over a hundred students could be heard around the J.C. Williams Center as a national pornography speaker for Catholic Answers delivered the final talk for Franciscan University’s Gift of Human Sexuality Symposium.

Through a lively presentation, speaker Matt Fradd shared the dangers and effects pornography can have on the human person, and he concluded with practical tips for overcoming it.

Fradd shared many personal stories, but he also grounded his talk in Scripture. He spoke about Genesis 3:12 when he said, “Sexual desire is good. … It is a God-given gift that ought to propel us to make a gift of ourselves.”

Hannah Baker, a first-year pre-nursing major, particularly appreciated Fradd’s sincerity of speech, saying, “I think the way Matt speaks – with complete honesty, pure bluntness, true interest in the good of the other – is something very needed in the culture right now. The tough problems need to be properly addressed to begin to be solved.”

Fradd also provide resources for people who want further information on the topic, including Gary Wilson’s Yourbrainonporn.com; the app called Victory on iPhone; Fightthegoodfight.com; and Lovepeopleusethings.fm

Throughout the presentation, the enthusiasm was palpable, as the audience laughed, sighed and clapped at different moments during his talk. The night ended with an engaging question and answer session. This talk concluded the 2018 Gift of Human Sexuality Symposium.