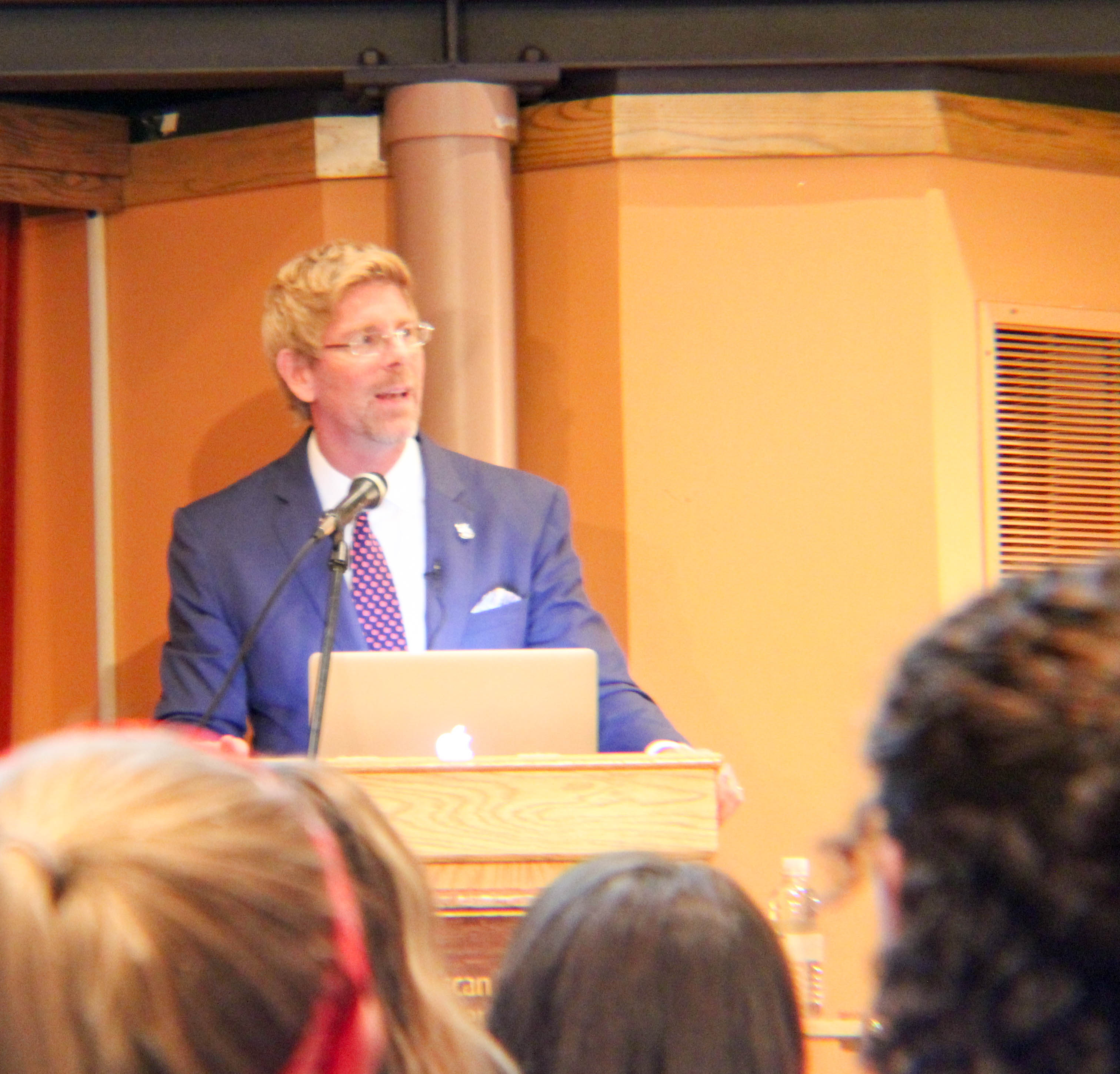 On Friday in the Gentile Gallery, an expert on economics gave a lecture beginning the Friday Academic Lecture Series with the penetrating question: “When you hear or read the word capitalism, what comes to mind?”

Jay W. Richards, who holds a doctorate in philosophy and theology, entitled his talk “Myths Christians Believe about Wealth and Poverty,” and sought to address the issue of myths which falsely associate Christianity and socialism.

Richards explained how when people hear or read the term capitalism, they often tend to think about a powerful, rich and greedy miser who is only out for himself. In reality, human beings transform matter into resources creating wealth, and the best way to pull people out of poverty is through free market capitalism, said Richards.

Some of the myths Richards outlined as false included the “Piety Myth,” the idea that one should focus on intentions rather than consequences of actions. To this, Richards said, “Don’t just mean well; follow your ideas or policies to their conclusions, and see how it’ll affect actual people.”

Another myth, which Richards called the “Zero-Sum Game Myth,” is the argument that in trade, there always is a winner and a loser. Richards, however, argued that this isn’t the case. He went on to explain that free trade only happens when both sides do it and the game has a set of pre-specified rules. One rule is that you can only trade with someone who was willing to trade. “I couldn’t go up to a girl who had a toy truck, hit her over the head and force her to trade the Barbie for the truck because that’s not free trade,” Richards said.

True wealth comes from creativity, and we are sub-creators, said Richards, creating under our creator God. Using the example of sand, Richards said, “God created sand and then gave man the knowledge to make things like wires and computer chips from it and in doing so has created wealth where there wasn’t before.”

Richards teaches at the Brush School of Business and Economics at the Catholic University of America.

The talk was sponsored by the Business Department.

2017-09-20
Previous Post: Hahn, YAF encourage students to invest in city
Next Post: Fine Arts Column: Dance—The art that could be much more