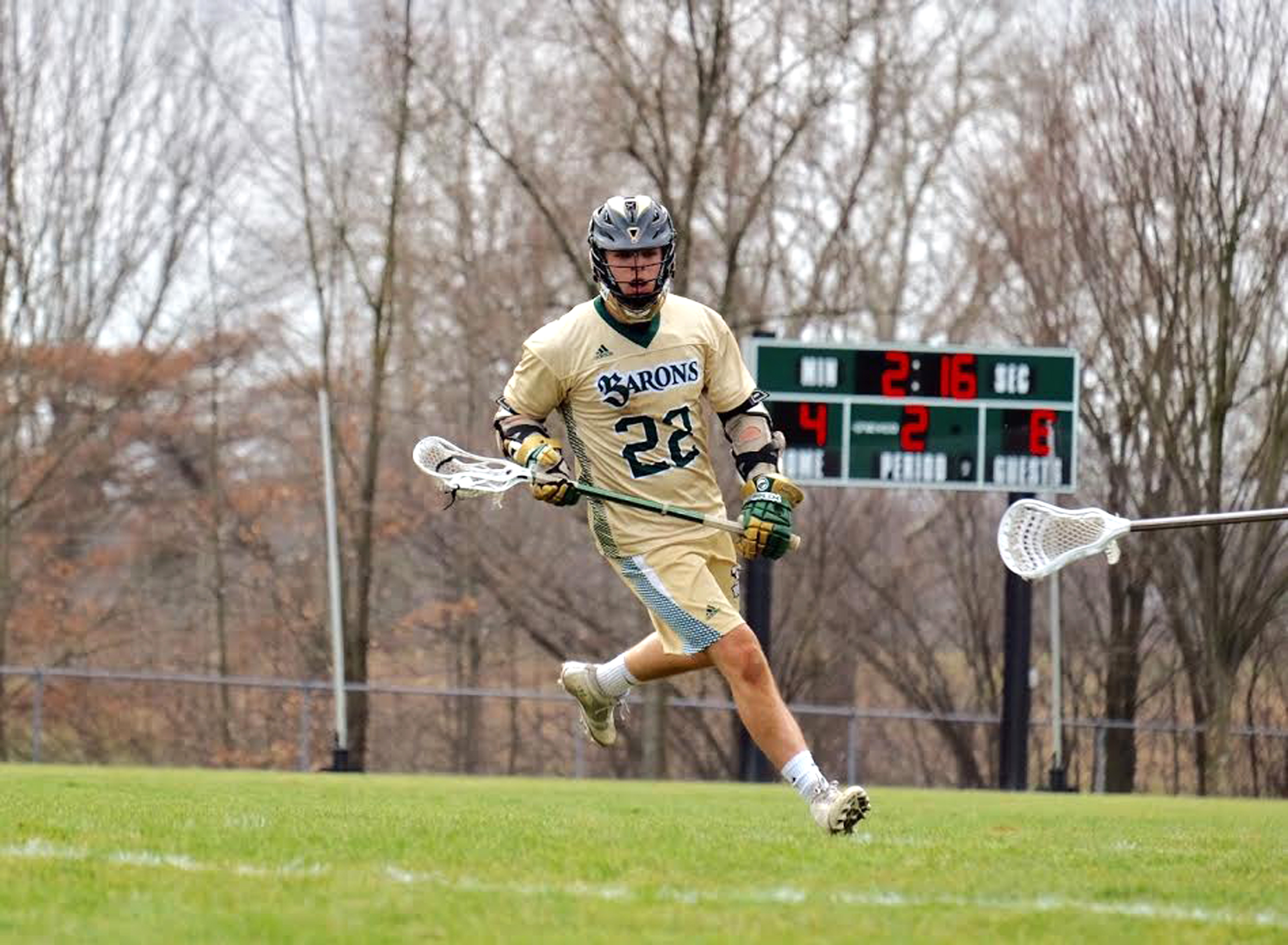 The game began with high intensity as Ohio Northern immediately scored four goals within the first 10 minutes. However, the Barons quickly responded with senior midfielder Paul Modzelewski scoring Franciscan’s next two goals with an assist by senior midfielder Austin Morga.

Then, during the second quarter, sophomore midfielder Dan McCartney and junior attacker Jonas McCaig were able to score two more goals before the end of the half.

Even with a few mismatches and players put in new positions, the Barons were able to successfully keep the score at bay during the first half with Ohio Northern in the lead at 9-4. However, Ohio Northern was able to strengthen their lead in the second half, scoring eight goals in the fourth quarter alone.

Despite the scoreboard, the Barons refused to relax even through the last five minutes of the game with sophomore midfielder Joe Lomady and McCaig scoring the last two goals of the game.

“We’ve been able to get student athletes who have played the game before so we have a great group of guys,” said Head Coach Pete Rosaschi after the game. “We’re strong, we have really good skill and we just need to grow as a team.”

Although the Barons played competitively, the team was not able to perform at its full potential with five starters either not playing or injured.

Coach Rosaschi also spoke about the team’s goal for the season.

“We’re definitely looking toward winning the AMCC regular season championship,” Rosaschi said. “That’s our goal this year, it’s been our goal from the beginning and that’s what we’re staying focused on.”

The Barons lacrosse team plays their next home game on Wednesday, March 29 at 4:00 p.m. against Hiram College.