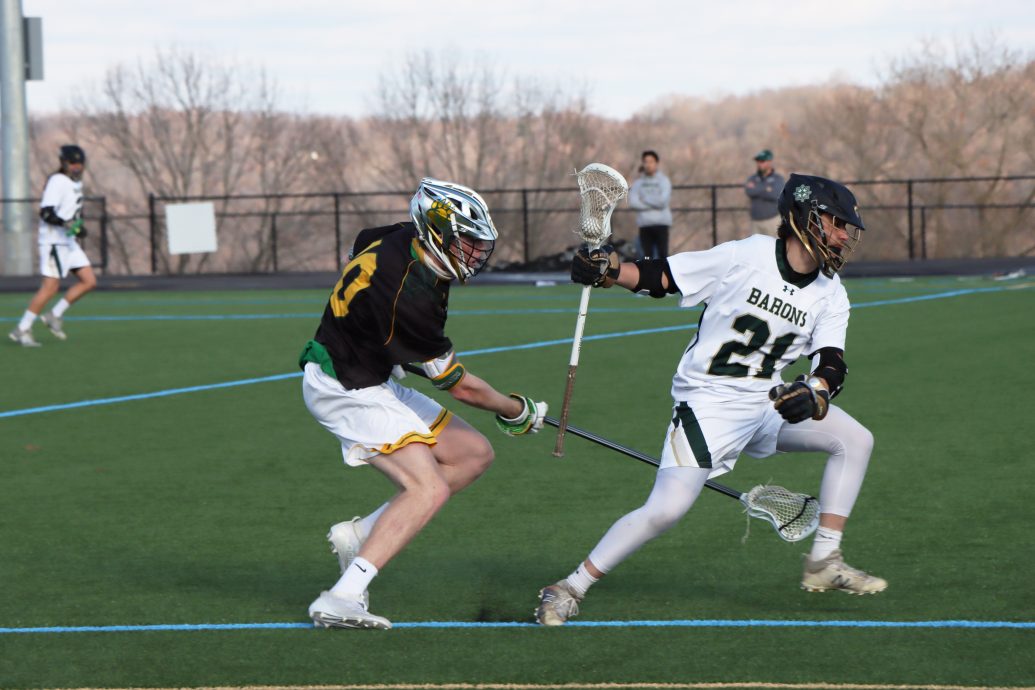 In their first game of the 2021 season, the Franciscan University Barons lacrosse team fell to the St. Vincent College Bearcats 18-4 after an eight-point deficit in the first quarter left them unable to recover.

St. Vincent continued with a fiery start to the second quarter, scoring an additional five goals within the first six and a half minutes of the quarter. Sophomore long stick fielder Joe Miraglia, assisted by sophomore midfielder Dominic Rohan, broke St. Vincent’s streak and scored a goal with 8:04 left.

St. Vincent scored an additional two goals that quarter. The second quarter concluded with a total score of 15-1.

The third quarter concluded with a total score of 16-3.

The fourth quarter began with a goal for St. Vincent with 14:04 minutes on the board. St. Vincent did not score a goal again until 2:41 left in the quarter.

In the last 38 seconds of the game, freshman attacker Gavin Cook scored a goal with assistance from sophomore midfielder Michael Francis, and St. Vincent prevailed with the final score of 18-4.

The Lacrosse Barons look forward to their next game at 7 p.m. Wednesday, March 3, against Bethany College.

2021-03-02
Previous Post: Men urged to remember their death at “Drawn to Hope” night of prayer
Next Post: Barons fall to Tomcats in final home game