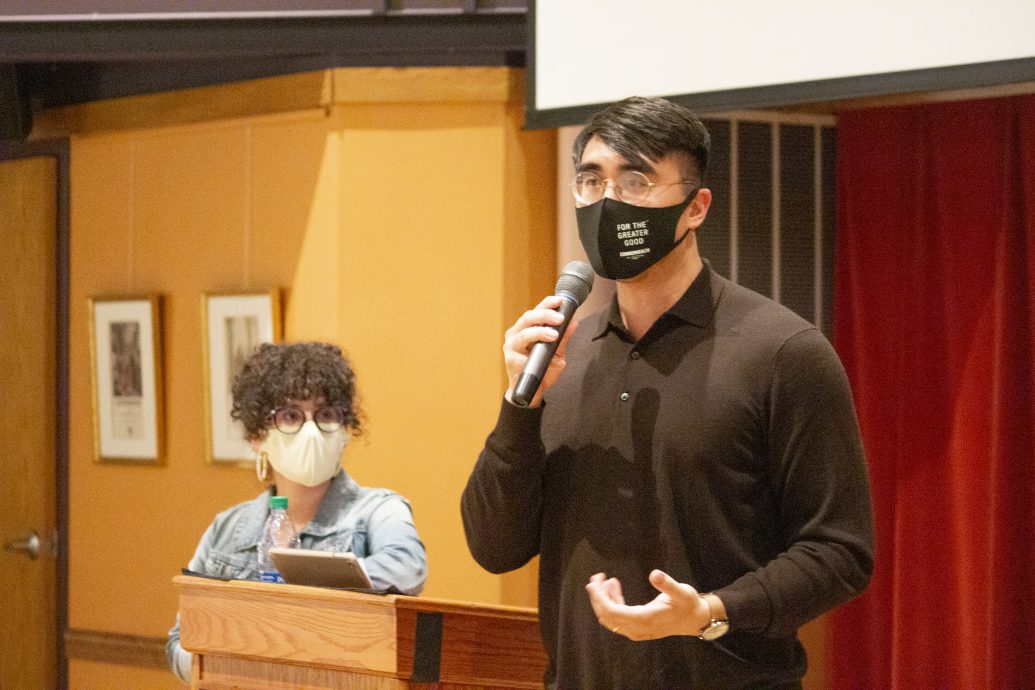 Students filed into the Gentile Gallery on Tuesday Oct. 20 at 7 p.m. for a talk by a married couple on how to live out authentic relationships in the midst of a culture obsessed with romance.

Randall Tan, a Culture Project missionary, said it is not enough to know about chastity — it has to be lived out.

“If it just remains head knowledge, it’s not going to change the world,” he said.

Bianca Tan, Randall’s wife and a fellow missionary, described the culture’s obsession with romance based on how popular television shows get their views, from Hallmark movies to horror movies. She said even the show “The Office” got their views by focusing the show on the lead characters’ relationship.

Bianca said not even the Catholic dating culture was safe since people take a coffee date as a marriage proposal and continually beg for signs of confirmation for a vocation.

“I did the novena to St. Therese (asking for a red rose or white rose). You know what St. Therese did? She gave me both roses,” she said.

The couple said people believe they are entitled to love and so they grasp for love. Randall said that any manifestation of love is a free manifestation from God and that it is not earned because they did what God asked of them. A person does what God asks of him because that is what he was made to do.

Bianca said chastity was a way of saying yes to love that goes deeper and affects how a person interacts with others. She also said that a vocation can become an idol if the idea consumes one’s life and prayer.

The couple gave three practical tips to live out authentic relationships: living out emotional chastity, proper communication and having high yet realistic standards for morality and character in a person.

They said to live out emotional chastity, a person should not allow emotions to control one’s actions. To communicate properly, each person needs to be straightforward with the other about status of relationship or boundaries. They said that one should have high standards for friends so as to treat the opposite sex with proper respect.

Junior Elizabeth Williams said, “They had a lot of really good points about surrender and not grasping, holding onto things. … They definitely called us all out on Catholic dating!”

The talk was sponsored by the Culture Project.