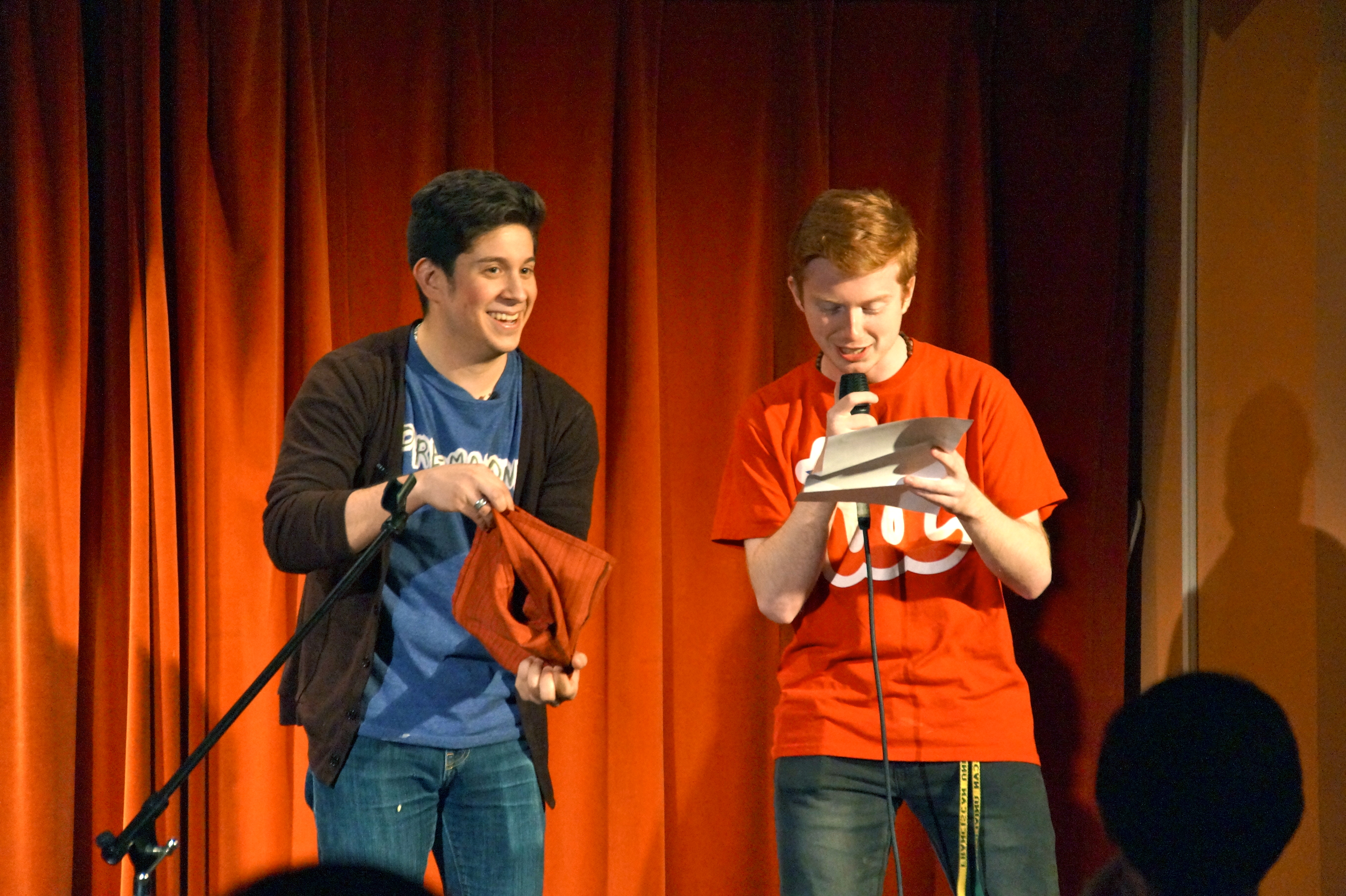 Fundraisers are common for Franciscan University households, but the Madonna of the Streets household fundraiser in the Gentile Gallery on April 2 took an unusual twist, featuring a magic show and starring a student magician.

The magic tricks ranged from soda disappearing from red solo cups to coins seemingly appearing out of nowhere. Some card tricks were also performed.

For one of his tricks, McCormick had five volunteers come up on stage and each participant gave him a number that was significant to that person but that McCormick did not know ahead of time. He entered the numbers in the phone of one the volunteers, and the sum of the numbers turned out to be the date.

For another one of his tricks, McCormick had a friend print off instructions online so that he could not prepare ahead of time. He said this was the first time he had performed the trick. The point of the trick was to use a napkin to make a bandana disappear.

However, instead of a bandana, his friend supplied him with a banana. The crowd erupted in laughter as the assistant read the instructions to him in a Siri-like voice. In the end, McCormick successfully completed the trick, making the banana disappear.

McCormick said he has liked magic since he was a little kid; he kept practicing, and as he got older he did more and more of it until he started being hired by his city.

Magic should be used to help people smile, he said. He said it gives people, “a chance for them to forget about the worries of their day.”

In addition to the magic show, Madonna of the Streets also held a 50/50 raffle as part of its fundraiser.