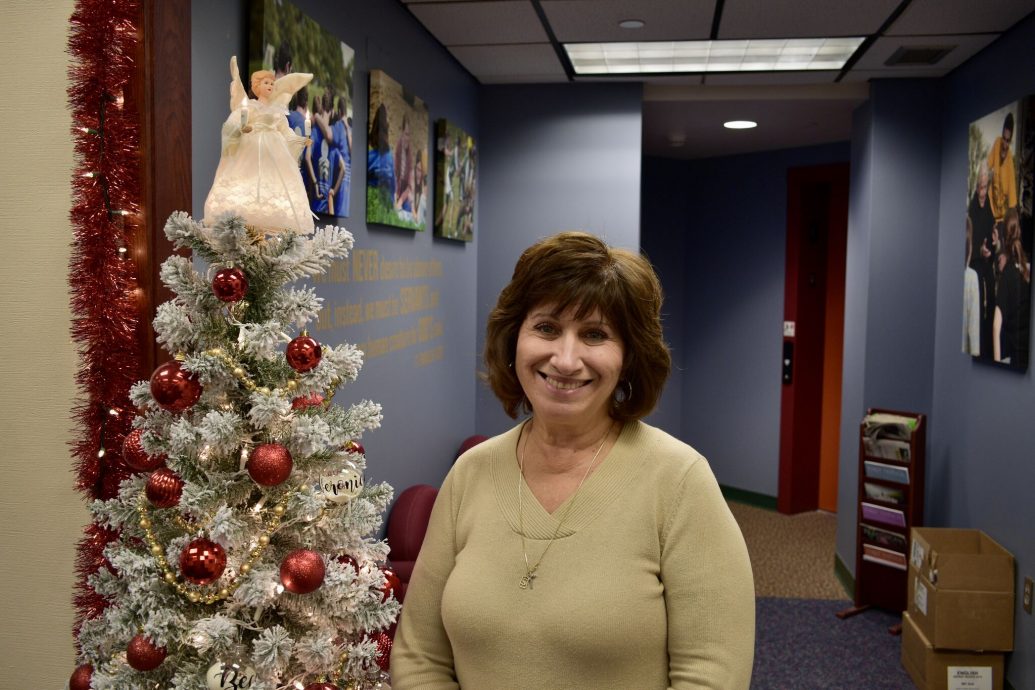 The year was 1990, and the bank Buccafurni worked for was cutting back hours. Going out on a limb, she sent her resume and cover letter to Franciscan University of Steubenville. About half a year later, in March 1991, they reached out to her about a position for which she may be interested in applying. Buccafurni applied, and she was hired as the Student Work Program specialist, the job she has held ever since.

“My start date was April 1 — which was April Fools’ Day,” laughed Buccafurni.

Buccafurni grew up in the heyday of Steubenville as a first generation American. Her parents and older brother and sister came to America from Italy, and Buccafurni was born a year later in Steubenville.

“I loved growing up downtown,” she said. “Those were happy times.”

Buccafurni grew up in an especially tight-knit family. While some immigrants came with big family groups that included aunts, uncles and cousins, only Buccafurni’s immediate family came over.

“We were always very close because it’s not like we had tons of cousins,” said Buccafurni. “I used to get so jealous because (in) other Italian families, some of the aunts and uncles moved to America too and so they had them. But that’s okay because it made us a really close-knit family that we knew could depend on each other and be happy with each other.”

Buccafurni learned to cook from her mom and to garden from her dad, two hobbies she still enjoys today. And now, though Buccafurni’s brother lives in Florida, her sister lives right up the street from her. In fact, it was her sister who recommended that she apply to work at the university.

“It was just crazy how I ended up here,” said Buccafurni. “It’s wonderful, don’t get me wrong. I guess it was all in the plan, you know?”

Buccafurni has seen many changes in her almost 29 years of SWOP at the university, but she said that the biggest one was time sheets. Every student used to turn in monthly time sheets, and Buccafurni’s job was to read the handwriting and process them. Now, time sheets are online, and students are paid twice a month.

Throughout the years, she has had ups and downs, but her favorite moments were always the little ones.

“You’re working so hard one day, … and then, I will actually have a student who will see me or just pop in and say, ‘Just wanted to say hi.’ And that’s so nice,” she said. She loves seeing what the students become after graduation, and she has also enjoyed seeing alumni who worked SWOP with her returning with their own kids.

“Here are students, and then, now they’re here as parents with their own kids. I’m like, ‘Wow, this is amazing.’ I get to see them again and their kids who want to work here on campus,” she said.

“I’ve met so many kids from all over. … I don’t think a lot of people have that opportunity. Especially in this position, you talk to so many students,” said Buccafurni.

Buccafurni is retiring now, but she is not slowing down, and she has a long list of activities to fill her retirement.

“I have to be kept busy,” she said. “I’ve worked two jobs most of my life. I cannot become sedentary. There’s no way.”

Buccafurni intends to spend significant time volunteering, especially at Fort Steuben and by reading to young children, among other activities. She also plans to come back up the hill to visit.

“It’s amazing that I’ve worked here. I have no idea where the 29 years went,” said Buccafurni. “It’s been quite a ride. Something very hard to forget — you just don’t forget that.”

2019-12-07
Previous Post: Catholic Values Column: Celebrate Christmas, after Christmas
Next Post: Sisters celebrate 150th jubilee with stories of the past