Liberal Column: Treachery with a smile on its face 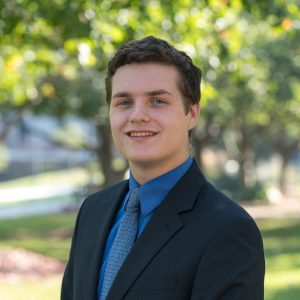 There is something more important than being right.

While you may have the best policy goals, there is something more important than just getting those passed. On Saturday, Oct. 6, we saw a real-life example of that axiomatic truth.

In the pursuit of good policy goals, which they have been fighting for over the last few years, the Democrats actually thought it would be a good idea to destroy a man’s life. Sadly, this impiety is an infection which has been scourging the Democratic Party.

Kavanaugh had to endure backbiting by his own countrymen, slander from his colleagues and the duplicity of those charged with evaluating him, because we – not just the Democratic senators – could not understand that you do not destroy someone’s life to get your way.

There were many issues with how the Democrats treated Kavanaugh. While this is not the Catholic Values Column, everyone seems to need a primer on three sins: backbiting, slander and duplicity.

First, backbiting is “the blackening of another’s good name by words uttered in secret” (Summa Theologiae II, q. 73). Simply, learning even a true thing about someone else does not give you license to spread it.

Not only do you not have license to share it, but even choosing to listen to backbiting is also a grave sin. As St. Jerome says: “Take care not to have an itching tongue, nor tingling ears, that is, neither detract others nor listen to backbiters.”

Second, slander is the grave sin of publicly and verbally dishonoring someone. Third, duplicity is carrying oneself one way and acting or thinking another.

It is important to not be scrupulous – as if mentioning anything negative in any context would be immoral. However, it is fairly intuitive. For example, just because Justice Kavanaugh and Professor Ford are public figures does not give us license to say whatever we want about them, especially critical unproven remarks about either of them.

A faithful Catholic father was publicly accused of gang rape among many other atrocious things. Instead of soberly and patiently judging the merits of the case, the Democrats used their accuser to then assume his guilt. They discarded the evidence and merits of his good character, and they dishonored him by accusing him of terrible acts without evidence, a blatant example of slander.

They acted as if they only cared about women, when, in reality (and by their own admission), they really cared about taking down Kavanaugh’s confirmation at any cost. While smiling and supporting women, they were working evil. This is a blatant example of duplicity.

No one was surprised that the Republican nominee was accused by the Democrats of sexual assault. They did not want to “lose” the Supreme Court.

While they often have immensely immoral goals for the court, they also wanted sway on really good issues that Republicans either ignore or actively promote, such as gerrymandering, copyright abuses and voting rights issues. Sadly, they have discredited themselves by using gravely immoral means of reaching these goals.

Even worse, I fear backbiting is feeding all of this. Backbiting is a difficult thing to identify anywhere if you are not actually witnessing or experiencing it, since it is done in private. However, I cannot imagine these malicious designs being worked without silent, sharp tongues.

Even in our own student government, everything starts at backbiting and scheming. For example, there was a senator who had rumors get back to him (backbiting). When he approached the people involved to see if there was an issue, they did not want to resolve anything, as if there was no issue (duplicity). Then, at a meeting, he was accused of certain wrong actions (slander), and the chance to respond to the allegations was taken away from him.

Being repulsed by the evil, he left. Whether or not their goals were good, they acted in a manner of blatant disregard for Gospel principles. This issue is beyond politics. However, when found in politics, it has a disastrous effect on ourselves and the American people.

Given that the members of the party seem to disagree (with the possible exception of Sen. Manchin), we must recognize and not tolerate this treachery. While some may still tolerate these U.S. senators and may vote for them, I cannot bring myself to do it.

As a Christian liberal, the only morally acceptable option I see for the coming election is Republican.

The Democratic Party upholds great values, especially in the small anti-death caucus. They have good goals. They often have the moral high ground. They can demonstrate the effectiveness of their policies. But they have chosen to not win or stand with virtue. We are better than that.