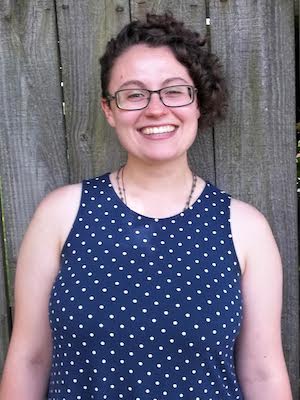 Who would you die for?

Maybe it’s because I’m an angsty Gen Z kid with a morbid sense of humor who occasionally longs to shuffle off this mortal coil, but I definitely look at people and think, “I love that person so much. I would die for them.”

‘Tis the season for remembering your death, and I’ve been reflecting a lot on the song “Ride” by Twenty One Pilots. The lyrics of the second verse go, “I’d die for you. That’s easy to say. We have a list of people that we would take a bullet for…”

“But I don’t seem to see many bullets coming through,” the song goes on. It’s doubtful that most of us will ever have the chance to take a bullet for someone. “Metaphorically, I’m the man. But literally, I don’t know what I’d do.” I can talk the talk, sure, but how could I actually prove that I’d follow through?

The song goes on to a lyric that hit me like a semi-truck the first time I heard it: “I’d live for you. That’s hard to do; even harder to say when you know it’s not true.”

It has never occurred to me to look at someone and think, “I would live for that person.” And the singer is right. As George Washington said to Alexander Hamilton (in the musical, of course), “Dying is easy, young man. Living is harder.”

Let me put another spin on these questions — ever heard of “memento mori”?

“Memento mori,” or “remember death,” has been my unabashed obsession for the past year. I sleep with a glow-in-the-dark skull by my bed, and I’m quite fond of chanting the word “death” whenever a friend needs a reminder of the big picture of life.

Over the summer, I went out of my way to drive past a cemetery (as one does), and as scenes from “Dead Poets Society” flashed through my mind, it occurred to me that “memento mori” is only one side of the proverbial coin. The other is “carpe diem,” “seize the day.”

If we live with the end in mind, we are constantly reminded to use our time well, to live to the fullest, to love others while we can and value the gift of life.

My discovery of the “memento mori” tradition inspired me to build a healthier relationship with life. I’ve learned that death will come in its own time, so I must live today to the best of my ability.

That being said, I still don’t know if I would actually take a bullet for someone. As much as I think about death, the concept of a painful one is still a tad frightening. I would have to love someone a lot.

I would have to love someone even more to live for them — instead of living for myself. If life is short and I want to live it to the fullest, I have to choose if I want to “YOLO” every decision I make (I’m sorry for making you read that word with your own eyes) or if I want to direct every action toward a higher purpose.

So, back to the song. The verse repeats its two questions at the end: “Who would you live for? Who would you die for?”

But it adds one more line: “Would you ever kill?”

Those four words trip me up every time. It’s almost Romantic to reflect on death and life and come to a nice conclusion with a bow on top — but would I ever kill?

The artist may intend the line to mean various things, and I’ll let you listen to the song and interpret how you will. But here’s how I read it: would you kill the parts of you that keep you from living or dying for someone you love?

For whom would you die to yourself? What are the parts of you that need to be put to death so that you can live for love? Pornography, gossip, laziness, selfishness, grudges you hold, insecurities? If you really want to live or die for someone, then would you slay the beasts inside you that will keep you from doing just that?

This is Franciscan, so I know you’re waiting for me to say Jesus is who I would live and die for. And that’s correct. But that doesn’t look like me waking up with a smile on my face; it looks like the cross. If I want to live for Christ, sometimes there will be metaphorical blood on my hands — and it needs to be my own.

So, go remember your death; seize the day you have been given; and ask yourself some deep questions. I know my answers. What are yours?