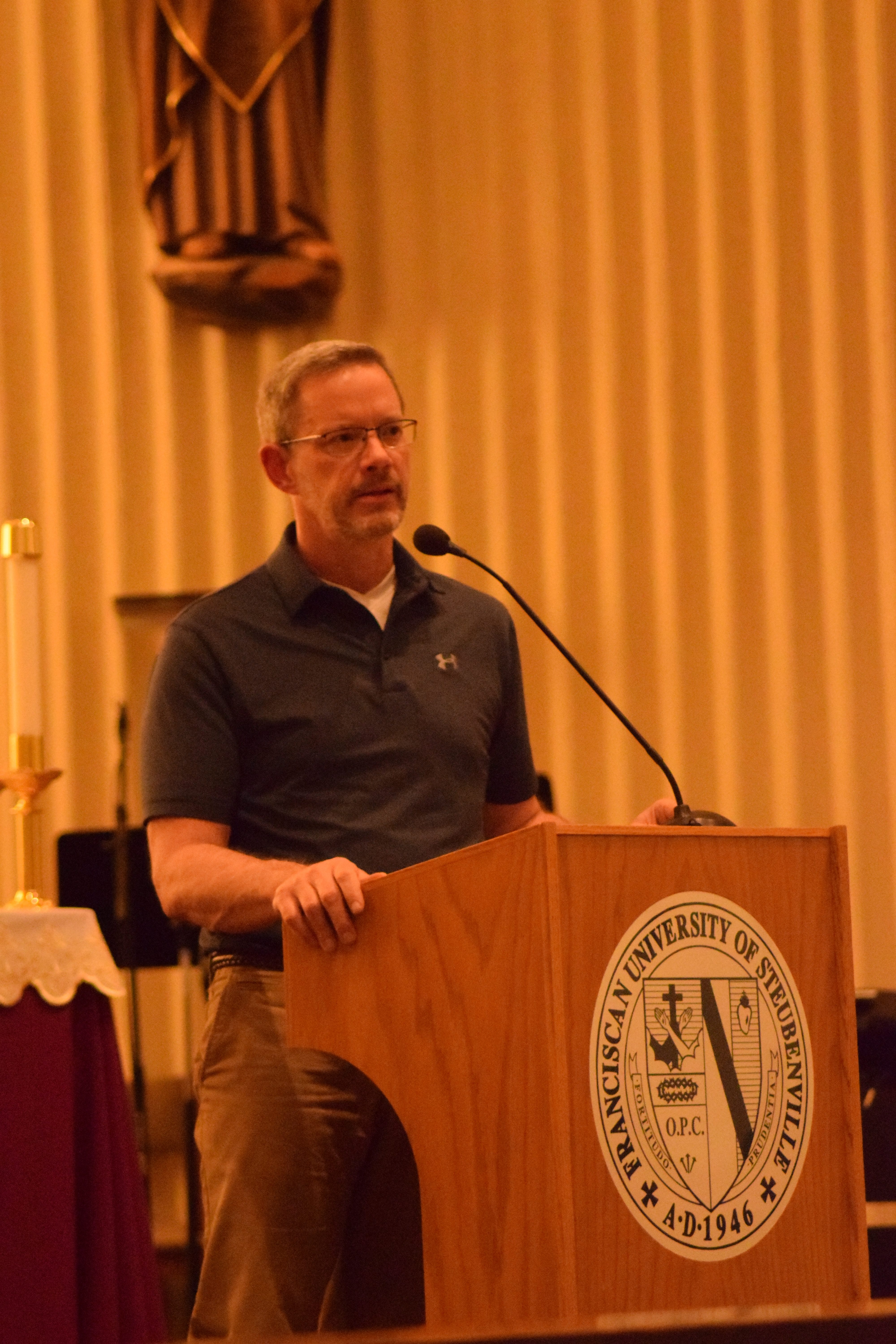 In a talk in Christ the King Chapel on Feb. 19 at 9 p.m., the director of marketing and engagement in the Christian Outreach Office said Christians should fast because God prescribed it from the beginning.

The talk by John Beaulieu (class of ’89) was part of a three-part series on the pillars of Lent, which is being sponsored by Christ the King Chapel.

As Beaulieu began his talk, he addressed two different groups: those who feel stuck spiritually and those who are struggling with a particular sin.

He then assured both groups that fasting can be the prescription to help these struggles, saying, “God is not done. He is just beginning his work on you.”

Beaulieu spared no time answering the question of why Christians should fast. He reminded everyone that God has prescribed it for them since the beginning. Also, Jesus fasted and denied the flesh, therefore they must do likewise.

Through denying a carnal desire to eat and overindulge, Christians are taking an exterior discipline and creating an interior change, said Beaulieu. Because of this aspect, “fasting is a weapon of incredible power in the spiritual battle,” he said.

Fasting must be coupled with prayer and should always be guided by the Holy Spirit, said Beaulieu. He urged this, saying, “Give the Holy Spirit more room to work in your life by sacrificing.”

He further mentioned that “God is asking us to be hungry, so as to hunger for him.”

Beaulieu made sure to emphasize that “fasting, prayer and almsgiving are not the end, but rather the end is a conversion of the heart and union with the Holy Trinity.”

He reminded everyone that fasting is not just meant for the season of Lent. It is supposed to be carried throughout the year and into the entirety of our lives. He said, “Hopefully, Lent will be the boot camp that launches you further into the spiritual life.”

A half hour of silent Eucharistic Adoration followed the talk, giving participants time to reflect on all they had heard.

By attending the talk, students gained a new understanding of and appreciation for fasting. Sophomore Katherine Dyson said that she had “never heard of fasting as a way of dying to yourself and giving yourself to God.”

Junior Austin Willson said, “The part that stuck me most about fasting is emptying yourself to make room for God. Often, we are waiting for him to come, but we don’t realize that there is no room for him.”

The Chapel Ministries hopes that through the talks about fasting, prayer and almsgiving, attendees will enter into a deeper union with Christ this Lent.

2018-02-27
Previous Post: Barons surrender 79-62 Senior Day loss to Medaille College
Next Post: Fine Arts Column: What is art? (Or Pittsburgh for that matter?)