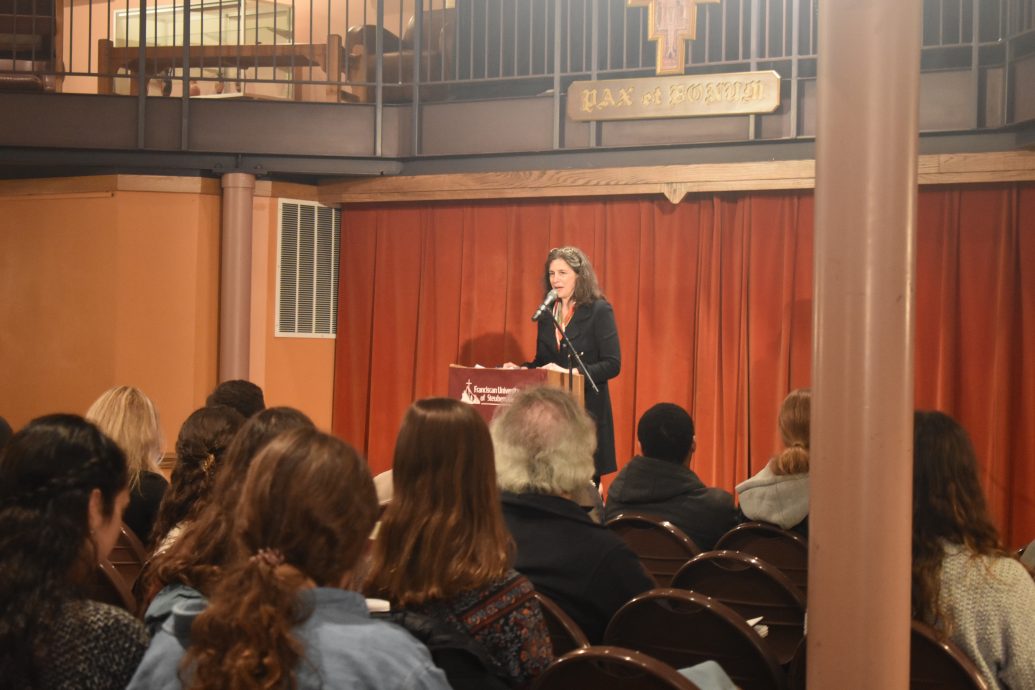 The Catholic Church is winning battles over religious freedom but losing the war, said a guest speaker Thursday in the Gentile Gallery.

Helen Alvaré, the Robert A. Levy Endowed Chair in Law and Liberty at Antonin Scalia Law School at George Mason University, shared the major themes from her upcoming book titled “Religious Freedom After the Sexual Revolution: A Catholic Guide.”

Alvaré discussed how the “new sexual orthodoxy” poses challenges to the Church’s teachings on sex, marriage and parenting through lawsuits and government mandates.

Although Church teaching is prevailing in a fair number of court cases, Catholic institutions “tend to have a pretty thin voice when speaking to the public about why we deserve religious freedom,” said Alvaré.

Part of the problem is that people only view the Church as a provider of healthcare and social services, leading them to believe “that choices about sex, marriage and parenting are completely unrelated to those nice things we do when we do social services at our institutions,” Alvaré said.

Alvaré gave a brief legal history of sexual expression and religious freedom between 1965 and 2015, which she said sent “strong signals through the culture that sex is at the heart of what the law means by freedom.”

The response of Catholic institutions to these developments is often “less than inspiring,” said Alvaré. She said the Church is not doing enough to promote respect for religious freedom and teachings on the family.

Catholics “tend to articulate a negative rule,” such as prohibiting contraception and abortion without explaining “the wisdom of that rule,” Alvaré said.

Another common issue is institutions using “the bishop made me do it” as their only explanation for certain practices.

Alvaré said Catholic institutions can properly address courts and public opinion by confidently broadcasting information about the nature of such ecclesiological communities as distinct from being just another provider of social services.

Catholics also are called to love their neighbor at home, Alvaré said. She used the early Christian approach to sexual responsibility as a model for Catholics today, emphasizing the principles of putting God first and respecting his will even within the family.

The talk was sponsored by the Leadership Institute.