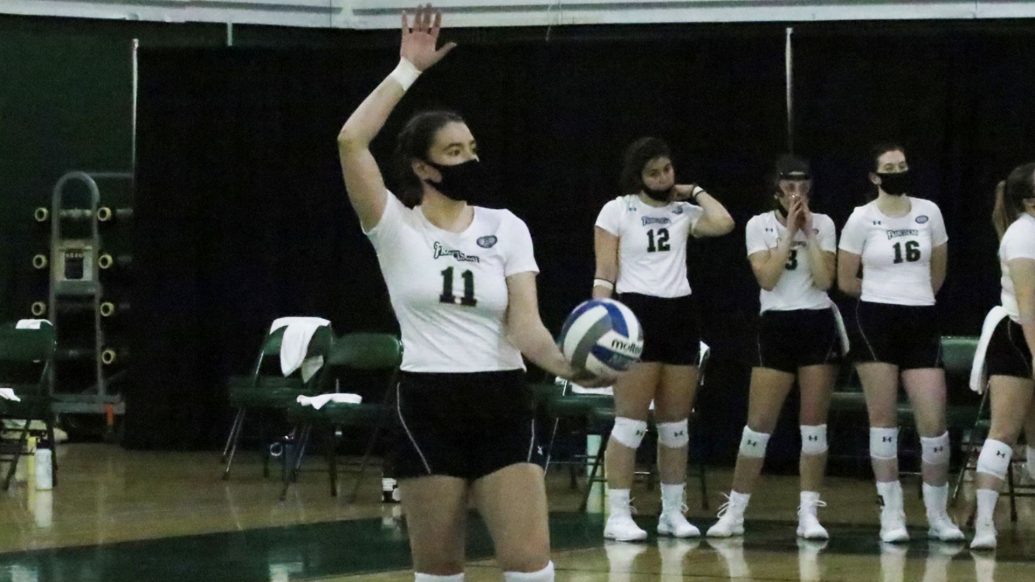 The Franciscan University of Steubenville women’s volleyball team came back from two lost matches to win the next three against the Waynesburg Yellow Jackets Friday, March 5, at 6 p.m.

The game started with the Lady Barons dropping the first set 20-25, but they got their heads back in the game as they began to find their rhythm in the second set.

Junior defense Mary Kate Taylor kept the game going in the second match with a kill that kept Waynesburg from taking the game.

The match kept going as the teams traded over the advantage, and junior setter Emily Nutter made a well-placed tip that tied the game at 24.

Franciscan lost the second set in a close match that racked up points 29-31.

Waynesburg came back, tying the game at 24, making the fourth set another close game. Taylor ended the set 28-26 with a couple kills, giving Franciscan a chance to win the tie-breaker match.

The fifth set started in Franciscan’s favor as the Lady Barons won the first seven points of the match. Antonelli made two kills early on in the match, giving Franciscan an advantage. Waynesburg fought back making the score 12-8, but Taylor and Nutter ended the game with two more kills and a well-placed tip.

Franciscan fought in an incredible comeback and beat Waynesburg 3-2.

Antonelli was a game leader with 20 kills, two aces and four blocks. Nutter made career highs of nine kills, 29 assists and 39 digs.

The Lady Barons volleyball team looks forward to its next match against Geneva College Friday, March 12, at 6 p.m.