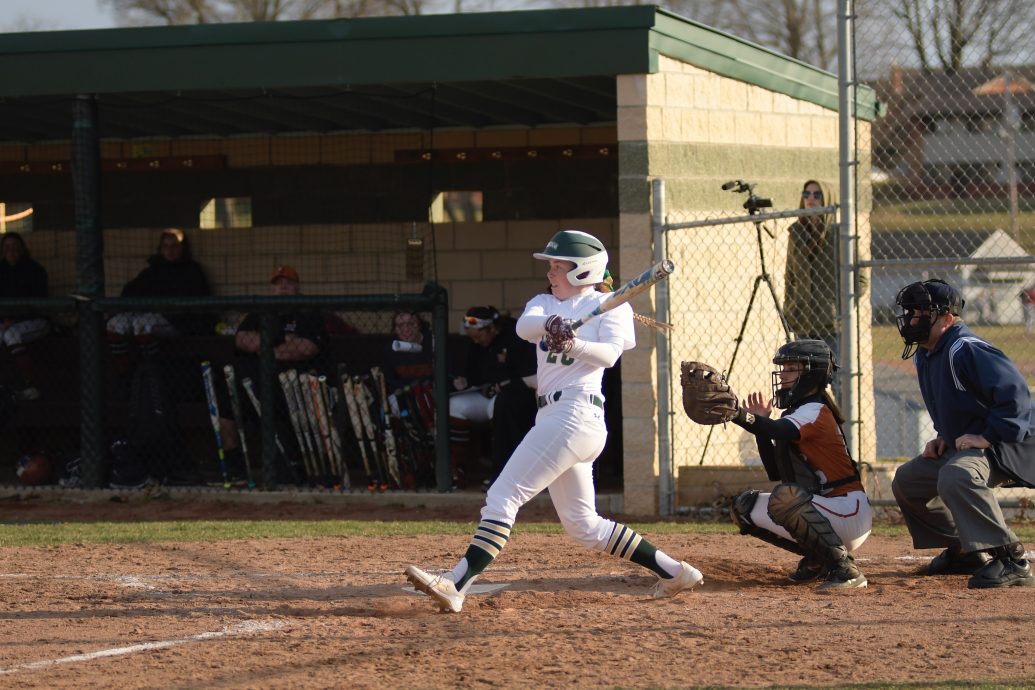 Despite a difficult beginning, the Lady Barons softball team ultimately cruised to an easy 8-2 victory against the Waynesburg University Yellow Jackets at 3:30 p.m. on Wednesday, March 20.

The Lady Barons had a rough start as freshman Sarah Keating gave up a run to the Yellow Jackets in the first inning of the game. Freshman Mary Roach quickly turned it around in the bottom of the second by hitting into an error with the bases loaded, leading to Franciscan’s first three runs of the game.

Franciscan pushed its lead in the third inning to 4-1 when senior Anna Ames bunted the ball and reached first on an error, which allowed junior Dennise Carrazco to score an unearned run.

Taking control of the action, Ames stole to second while freshman Tori Luyster was at bat, who eventually followed with a walk. Freshman Anna Swierczewski attempted to score a run only to get out at home plate. By the end of the inning, Ames, Luyster and Roach were stranded on the bases.

The Lady Barons kept up the scoring when freshman Chloe Cross hit the ball to left field and doubled, pushing Ames through home plate. Sophomore Allyson Weiss bunted the ball for an RBI single then stole second base after Cross scored a run. The inning ended with Franciscan leading 8-1.

The Yellow Jackets fought to even up the game but to no avail, even when Franciscan gave up a single on an error. Waynesburg kept advancing on the bases until Keating threw three strikes right down the plate, ending the top of the sixth.

Franciscan kept the score the same as Carrazco walked to first then attempted to steal second only to be caught on the throw from home. Pokryfke hit a sacrifice line drive toward the pitcher, getting her out at first but allowing Swierczewski to reach second base.

In the top of the seventh, Waynesburg fought back with its second run of the afternoon. The game ended as Keating pitched her final strikeout, resulting in her 10th strikeout of the game.

The Lady Barons were still successful in the second game of the doubleheader, though they cut it closer, winning 6-3 against the same team. Franciscan’s record is 8-3 in the season overall.

Head coach James Walker was hopeful about this season: “If we keep playing with the intensity we had today, we have a really good chance to be really good this year.”

The Lady Barons’ next home game will be at 3 p.m. on Wednesday, March 27, against Mount Aloysius College for another doubleheader.

2019-03-25
Previous Post: Baron lacrosse falls to Muskingum despite promising comeback in second half
Next Post: Theology on Tap speaker inspires students to sleep