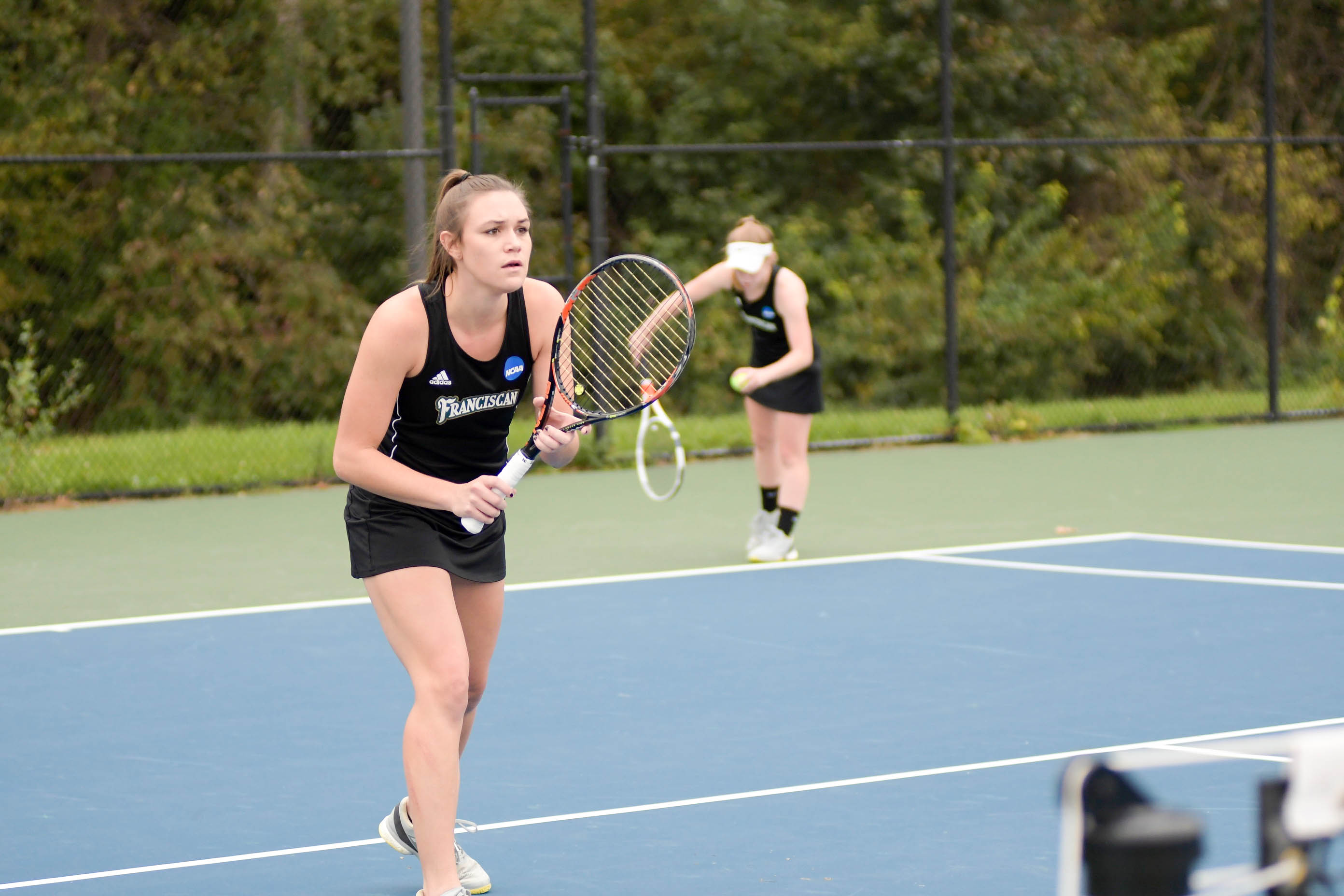 The Lady Barons tennis team fell to Indiana-East last Friday in an action-packed 5-0 match. Close to a hundred people gathered in the brisk autumn air to watch the teams face off.

The doubles games got off to a roaring start, and the ringing crack of the rackets could be heard across the court. Senior Maria Binette and junior Madelyn Conrad led the charge in the No. 1 doubles game, where they fought tooth and nail to defend the Lady Barons’ record. Despite the formidable opposition, Binette and Conrad were able to grab two sets before being bested 8-2.

Freshmen Antonia Mysyk and Zoey Stapleton fared no better in the No. 3 doubles game, in which they were defeated 8-0.

The Lady Barons showed their resilience in the No. 2 doubles game, however, as sophomore Ana Victoria Haddad Garcia and junior Gracie Hammel held the line against the opposition.

Garcia and Hammel refused to leave the court without a fight, and the game continued almost throughout the entire match. It was only after a furious battle that the girls finally fell, but not before earning a score of 9-7.

Despite having bled several points, the Lady Barons kept their morale high going into the singles portion of the match. Conrad began in the No. 1 singles game, but after a brief struggle, she was defeated 6-0, 6-2.

Sophomore Kayla DiSalle fared a bit better in the No. 6 singles slot, winning several points in both halves of the game before falling 6-2, 6-3.

Binette also played competitively in the No. 2 singles game. She managed to take a set before her game was interrupted, as the match was played to decision, and Indiana-East already had won five of the nine points.

“Overall I thought it was a very positive match,” said head coach Scott Greve, who was pleased by his team’s competitiveness. “The reason we schedule matches like that are because we want to play against good competition. … Several of the matches that were still out there, we were very competitive in. Very positive.”