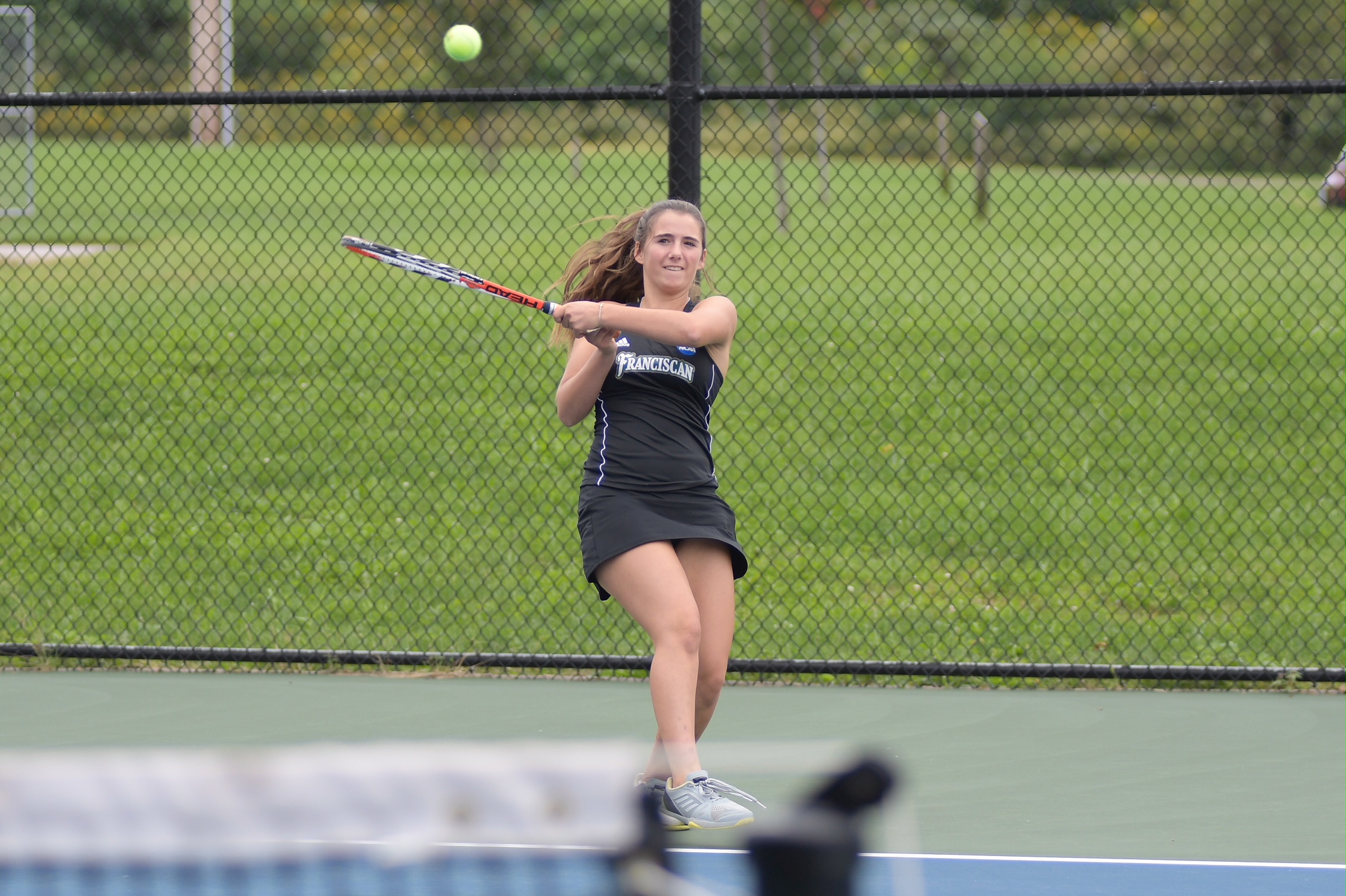 The Lady Barons women’s tennis team continued their winning streak on Sunday afternoon as they crushed Pitt-Bradford 9-0 at home.

Neither the grey sky nor the nip in the air deterred senior Maria Binette and junior Madelyn Conrad from opening the match strong with an 8-1 win in No. 1 doubles. The Lady Barons only went up from there, as sophomore Anna Victoria Haddad Garcia and junior Gracie Hammel bested the opposing pairs in the No. 2 doubles with a score of 8-0.

Senior Julia Razook and freshman Antonia Mysyk promptly followed suit in No. 3 doubles, finishing 8-0 against their opponents as well and leaving Franciscan with a comfortable 3-point lead going into the singles portion of the match.

Finally, freshman Zoey Stapleton swiftly dispatched her opponent in No. 6 singles, scoring a double bagel: an impressive 6-0, 6-0 victory that secured the final point for Franciscan University.

The Lady Baron’s head coach, Scott Greve, was pleased with the outcome of the game. “I thought that they were very focused,” he said. “They played a very clean match.” Greve also complimented the team’s performance in general, saying, “Our teams are very phenomenal. They go out with a purpose … They continue to grow.”

After the game ended, the players on both teams shook hands and gathered for prayer led by the team’s chaplain, Brother Daniel Maria Klimek, before departing from the courts. The Lady Barons will next play at home on Saturday, Sept. 29 at 2 p.m., when they will face Medaille College in hopes of continuing their already impressive 8-0 winning streak.