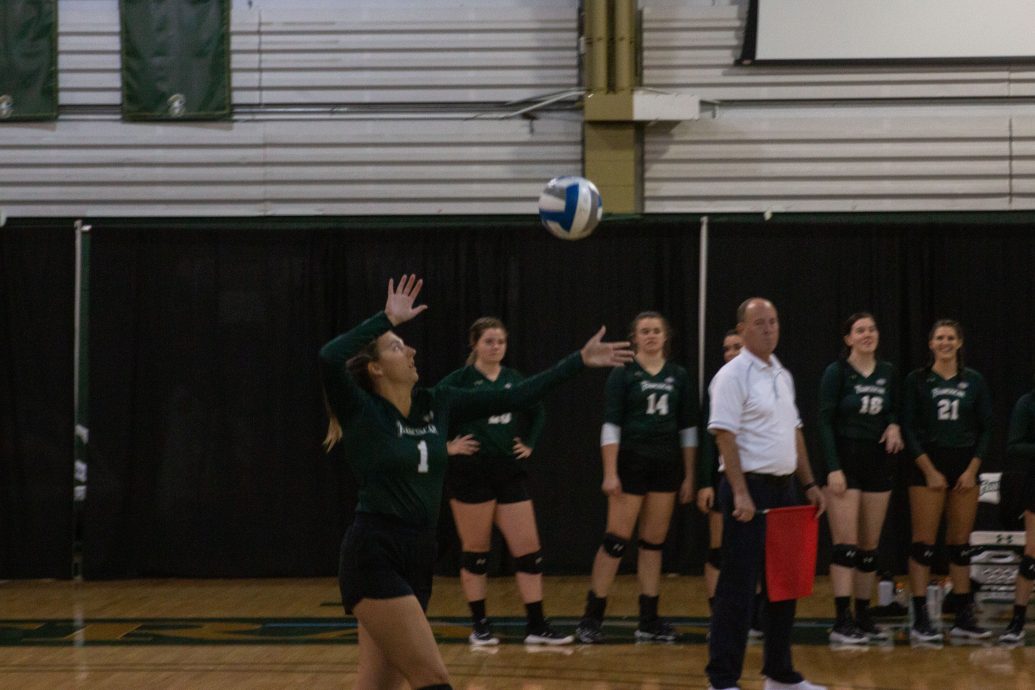 The Lady Barons volleyball team lost 3-0 against the Bethany College Bisons in the Finnegan Fieldhouse Monday at 7 p.m.

From the start, the first set was close. With a serve from senior middle hitter Caitlin O’Malley, the Barons contested the Bisons at 6-6.

A powerful kill from senior outside hitter Renee Antonelli puts the Barons ahead at 9-8. The Bisons overtook the score again, but they were soon bested by an ongoing volley and the Lady Barons’ defense, showcased by senior middle hitter Maria Bosco.

The Lady Barons’ hits yielded several double-hit penalties from the Bisons, which brought the score to 17-14 with the Bisons leading.

The Lady Barons lost the ball afterward and the score proceeded to 8-3 in favor of the Bisons. The Lady Barons continued to trail in points, but was able to close the gap to 25-17 when, due to several miscalculated faults, the Bisons took the second set.

With the third set possibly being match-point, the stakes were high for the Lady Barons. The Barons got the head-start at 1-0 but the Bisons caught up quickly and took over at 5-3. Jacobson came to the rescue and started a streak of kills for the Lady Barons, bringing them into the lead at 9-7.

The Lady Barons called a timeout, but eventually the Bisons took the last set 25-22.

Jordan Barton, head volleyball coach, said she was sure the Barons could have taken the lead. She said she is still proud of their gameplay nonetheless and looks forward to their next home match Thursday at 7 p.m. against the Chatham University Cougars.