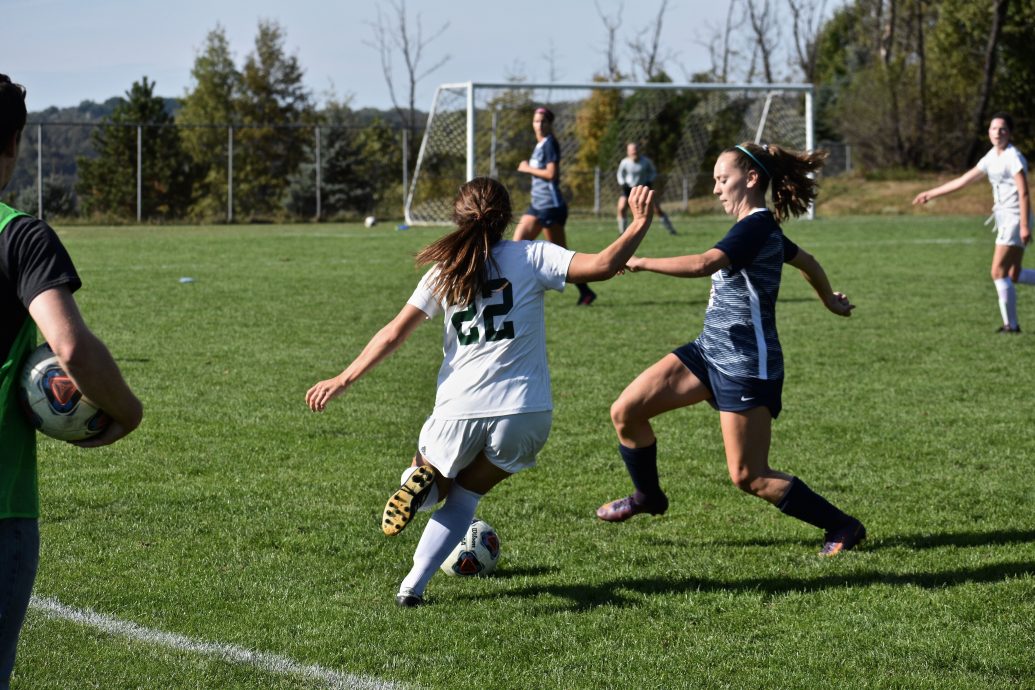 After an aggressive first half, the Lady Barons soccer team fell to Penn State Behrend in an unfortunate 2-1 loss Saturday, Oct. 5.

The Lady Barons came out ready to play from the first blow of the whistle with energy and drive to win. They were aggressive and moved the ball well. Their efforts paid off when junior midfielder Annie Beckman scored off a corner kick in the first eight minutes of the game.

This propelled the Lady Barons forward and increased their momentum. They possessed the ball and had no trouble moving it at will. The high pressure they put on the Lions caused the visitors to lose their composure and the ball often.

The Lady Barons finished the first half in the lead and as a force to be reckoned with on the field.

The top of the second half took a turn for the worse for the Lady Barons as they lost some of their organization and poise. Penn State Behrend looked to attack more, and tensions rose as the clock wound down.

The Lions finally put one past the Baron defense and scored with 20 minutes left in the game. With the score tied 1-1 and stakes set higher, the opponents fought to get a shot on net, but neither could get past the back line. Unfortunately, Penn State Behrend moved into the lead when the Lady Barons attempted to clear the ball, but it ricocheted off another player into the net with eight minutes left in the game.

Despite this setback, the Lady Barons continued to hold their ground until the final whistle was blown and the game ended 2-1 in favor of the visiting team.

Head coach Christyn Bobak said, “I think that was one of their best games yet. The two goals were really unfortunate. I don’t think the goals are a reflection on how we played.”

The next Lady Barons home game is against La Roche University Wednesday, Oct. 9.