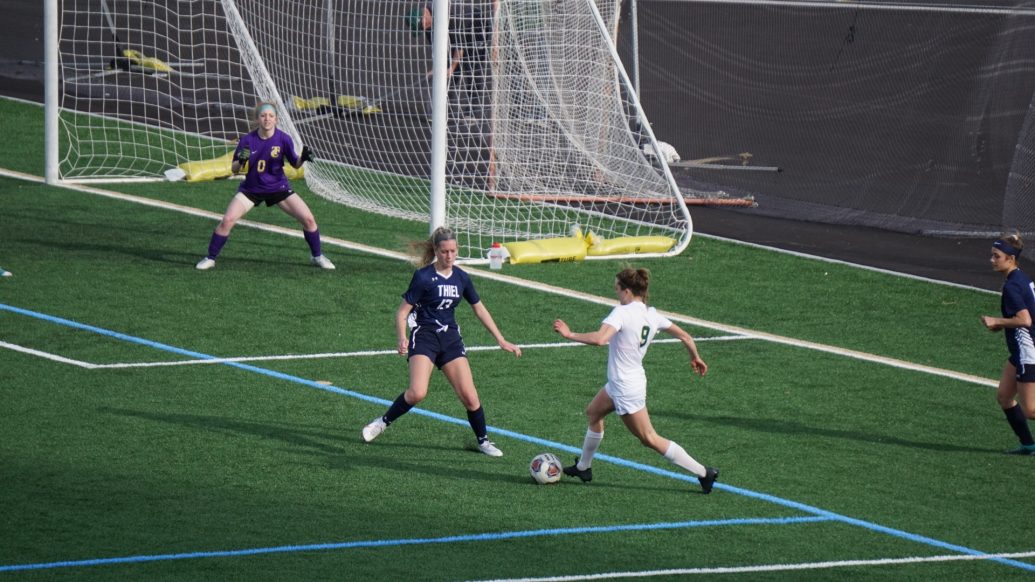 The Lady Barons soccer team was equally matched against the Washington and Jefferson College Presidents in their home game Tuesday, April 6, at 5 p.m. going into a scoreless double-overtime draw.

Sparked by the close call, the Lady Barons stepped up their game, firing four shots at the goal within minutes of each other. However, they still could not reach the back of the net.

In the second half, Washington and Jefferson took as many as 11 shots, fighting aggressively without netting a single score. Ostrich counteracted them with eight saves, her team taking care of the remaining three.

Next began the overtime. The crowd was on the edge of their seats, but the teams could not round up a good offensive. Senior defense Kaitlyn Martuch took the only shot to no effect.

In the very rare second overtime, the teams still did not slow down. Freshman forward Isabella Squire took a shot that unfortunately missed the goal completely. Sophomore forward Bella Rubino and her sister freshman midfield Juliana Rubino both took shots and were both blocked.

Finally, Washington and Jefferson made one final thrilling attempt, sending the ball to the goal for Ostrich to make the final, critical save. The game remained scoreless and ended in a stalemate.

The Lady Baron’s next home game is April 17 against Westminster College at 10 a.m.