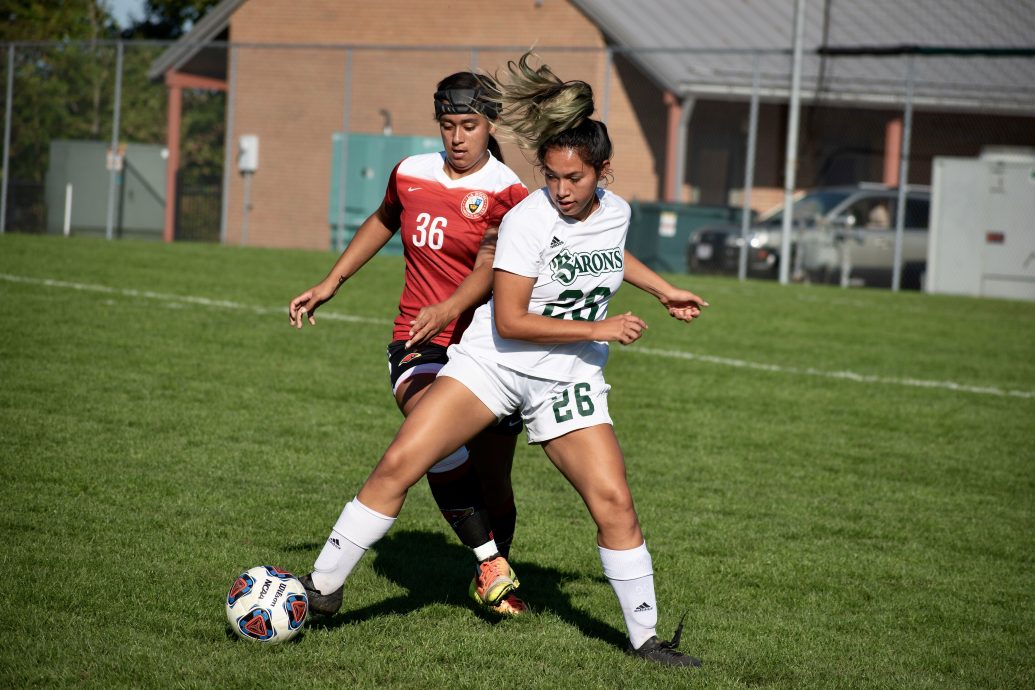 It was a beautiful day as a bit of fall weather had finally come to Steubenville. The Lady Barons took to the field Wednesday afternoon, determined to get a win in order to push their record over the .500 mark.

After a shot was sent wide by sophomore forward Claire Dawyot, the home team regrouped and eventually found itself in a corner kick situation. After a few touches from Red Hawk defenders, senior center defender Emma Cross had the touch that netted the first goal for the Lady Barons, putting the score at 1-0.

After the Lady Barons dominated possession for a long stretch of the game, they found the back of the net once again, this time in a goal from junior forward Gracie Tillman off of a beautiful assist from senior midfielder Sarah Cocozza. Just a few minutes later and 10 seconds before the end of the half, senior midfielder Katie Killian cashed in on an unassisted shot to push the lead to 3-0.

The second half consisted of a lot of young players from the home team getting valuable experience. The Lady Barons continued to dominate the field as the defense anchored in and stymied a handful of attempts by the Red Hawks to revive the game.

Dawyot had the game high of three shots, despite none of them ending up on net, and senior midfielder Hannah Doyle added a shot as well. Head coach Christyn Bobak played a total of 22 of her girls in this game, getting everyone involved.

“(The) girls came out and played to their potential,” said Bobak. “It was a well-deserved win and a much–needed springboard going into this weekend. Their intensity and drive from beginning to end speaks to the character of the team. Emma Cross, our center defender, was the player of the game.”

The Lady Barons take on University of Pittsburgh at Greensburg Tuesday, Oct. 15 on the upper soccer field at 3:15 p.m.