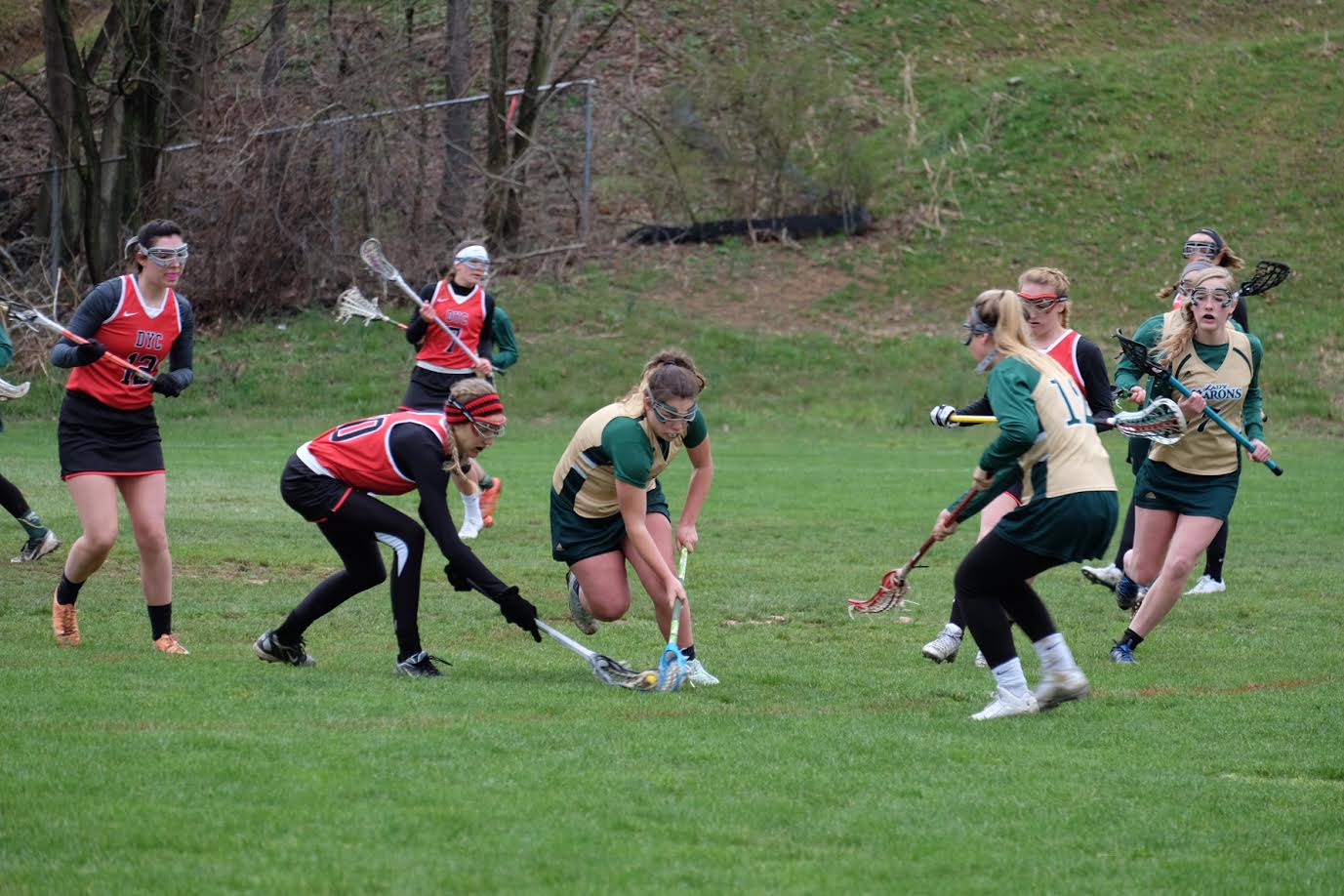 The Lady Barons Lacrosse team won their first home game against D’Youville College on Saturday, April 1 with a score of 14-8.

The game began Lady Batons taking the lead and scoring two goals in the first five minutes. However, D’Youville College had come to fight, and once they took control of the ball, they also scored two points. After wrestling for the lead, the Lady Barons eventually took control of the game about halfway through the first half, finishing off the half with a score of 7-4.

“It’s so important, you need to find your grove and kind of break away from that tie,” said Head Coach Maura Conant. “I think once we were able to get a few goals ahead we were kind of able to find our momentum. I think that was a game changer.”

The Lady Barons continued to strengthen their lead in the second half, scoring 5 goals before their opponents could get another in. Though the D’Youville Spartans began to catch up towards the end of the half, the Lady Barons held them off and finished the half with a repeat score of 7-4, ending the game with an overall score of 14-8.

Conant credited the team’s success in large part to the great performances of sophomore defender Liz Jordan and sophomore attacker Beth McEntee, as well as sophomore goalie Brittany Bain, who “made some great saves on the doorstep.”

“This is our first home game of the season and it’s exciting to start our home stand with a win,” said Conant. Since many of the upcoming games are also at home, the team hopes to expand their winning streak on their own field.

The Lady Barons’ next home game will be on Thursday, April 4 against Thiel College at 4 p.m.