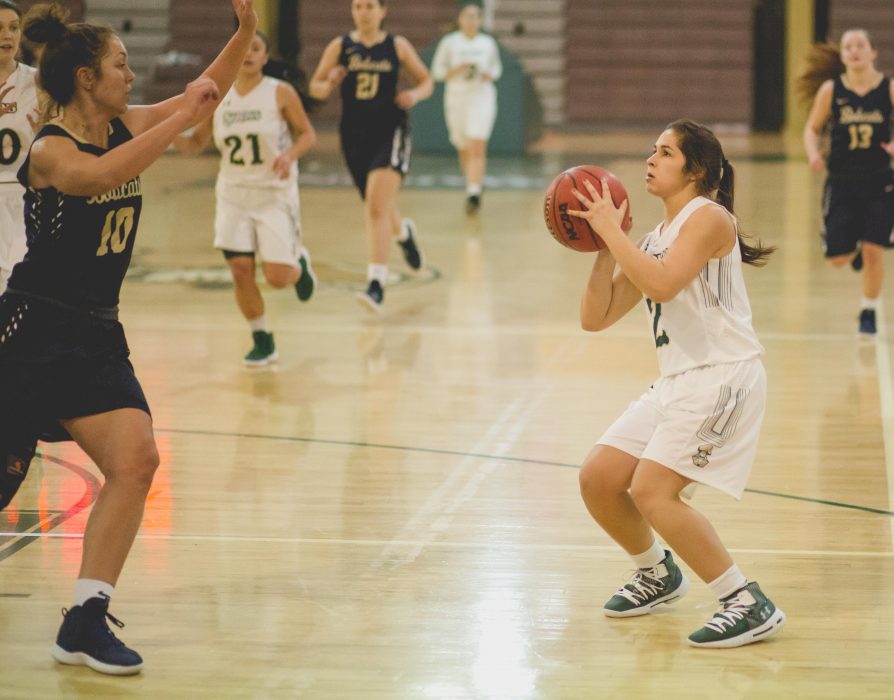 The Lady Barons basketball team fell just short of a victory over the Pitt-Greensburg Bobcats on Wednesday, Nov. 29, in an Allegheny Mountain Collegiate Conference opener held at their very own Kuzma Court.

The ladies gave a strong effort with an impressive comeback in the second half, but this was not enough to secure the win over the Bobcats.

Franciscan gave a strong performance in the second quarter, only trailing the Bobcats by three points with an overall score of 25-22.

The home team had an impressive comeback moving into the second half of the conference opener. Starre scored eight points for the Lady Barons. Crider also came back strong in the last few minutes of the third quarter, scoring five points to cap off the fourth quarter with the Lady Barons leading 43-38.

Though the home team gave a strong effort in the final quarter of the game, the Lady Barons fell to the opposing team in the last minutes of the contest, and the Bobcats capped off the game with a score of 55-51. Crider and Starre each earned two points in the last quarter.

Head Coach Suzy Delaney was positive after the close game. Delaney said, “I’m proud of how the team fought back after getting down early in the first quarter. We put ourselves in the position to win and we’ve got to keep working hard to do the things necessary to finish the job.”

The Lady Barons will be back in action on Saturday, Dec. 1, at 1 p.m. at home in another AMCC face-off against the D’Youville Spartans.