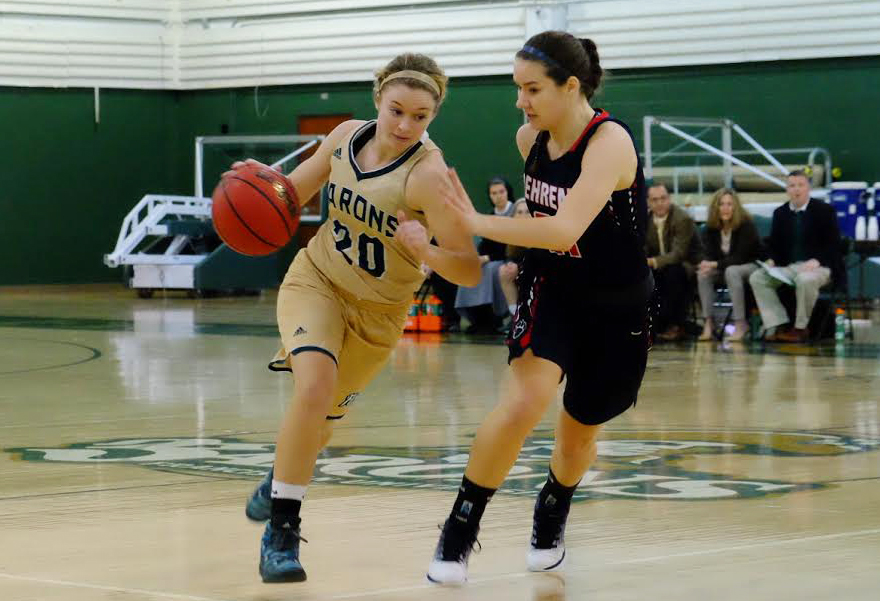 The Lady Baron’s basketball team lost their second conference match of the season against Penn State-Behrend on Saturday with a score of 79-47.

The game began with the Behrend Lions winning the tip off, and, after a foul by the Lady Barons, the Lions quickly scored the first point on a free throw a quarter of a minute into the game, a fast score indicative of the aggressive style of play that would allow them to dominate the afternoon.

The Lady Barons fared much better in the second quarter, scoring 12 points to Behrend’s 16. The half ended with a three-point buzzer beater by Stead, which brought the overall score to 20-36.

Stead’s skills continued to play a central role after halftime. According to Head Coach Suzy Delaney, Stead “had a solid game for us and gave us a definite lift in the second half.”

However, the Behrend Lions continued to lead in the next two quarters, scoring 24 points to Franciscan’s 16 in the third quarter, and 19 to 11 in the fourth.

Although the game ended in a loss, some of the team members played especially well. “(Sophomore forward) Anna Ames made a solid contribution with eight points coming off the bench,” said Delaney, adding that senior forward Bernadette Roach led the team in rebounds.

Despite the disappointment of another loss, Delaney pointed out that the team is learning a lot each time it steps onto the court in these early games of the conference season, and that from here, it will work on “putting that knowledge into practice, making positive changes each time (they) take the floor.”

The Lady Barons’ next home game will be a conference match on Wednesday, Dec. 7 against Penn State-Altoona at 6 p.m.