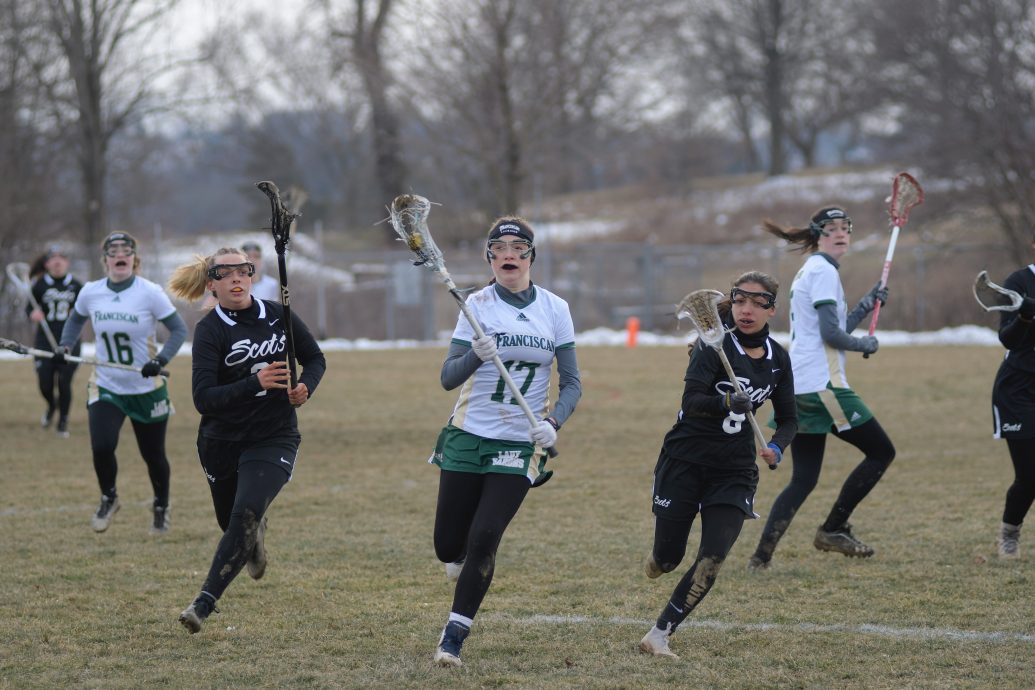 The Lady Barons lacrosse team walked away from its first home game of the season smiling despite a 16-5 loss to the Ohio Valley University Fighting Scots on Thursday, March 7, at 4:30 p.m.

The Lady Barons started off struggling when the Fighting Scots scored the first point in the first three minutes of the game. The opposing team continued to move forward, scoring three more goals within two minutes of each other early on.

Within the first minute of the second half, the Fighting Scots scored another goal, and they scored again with 26:27 left to play. After a timeout shortly thereafter, the Lady Barons pushed back hard, but the Fighting Scots ultimately scored two more goals before the Barons again marked the board.

After another timeout, the Lady Barons fought hard as sophomore defense Maddy Smith stole the ball and took off down the field. After some impressive passing back and forth, the Lady Barons lost the ball to the Fighting Scots, who scored again with 13:31 left to play.

Pepping themselves up, the Lady Barons continued to press the other team only to give up another goal with 10:56 left to play. Within the last 10 minutes of the game, the Lady Barons battled for possession, and defense was sharp as senior Brittany Bain blocked two shots. Following a team effort to gain control, McDonald eventually scored the final point, unassisted, within the last minute of the game, ending with the score 16-5, Fighting Scots.

Despite the defeat, head coach Maura Conant was pleased with the ladies’ teamwork. “We played great team lacrosse. Everybody really supported each other,” she said. “I think there are some skills we need to develop as a team.”

The next home game for Lady Barons lacrosse will be against the Thiel College Tomcats at 5 p.m. on Tuesday, April 9.