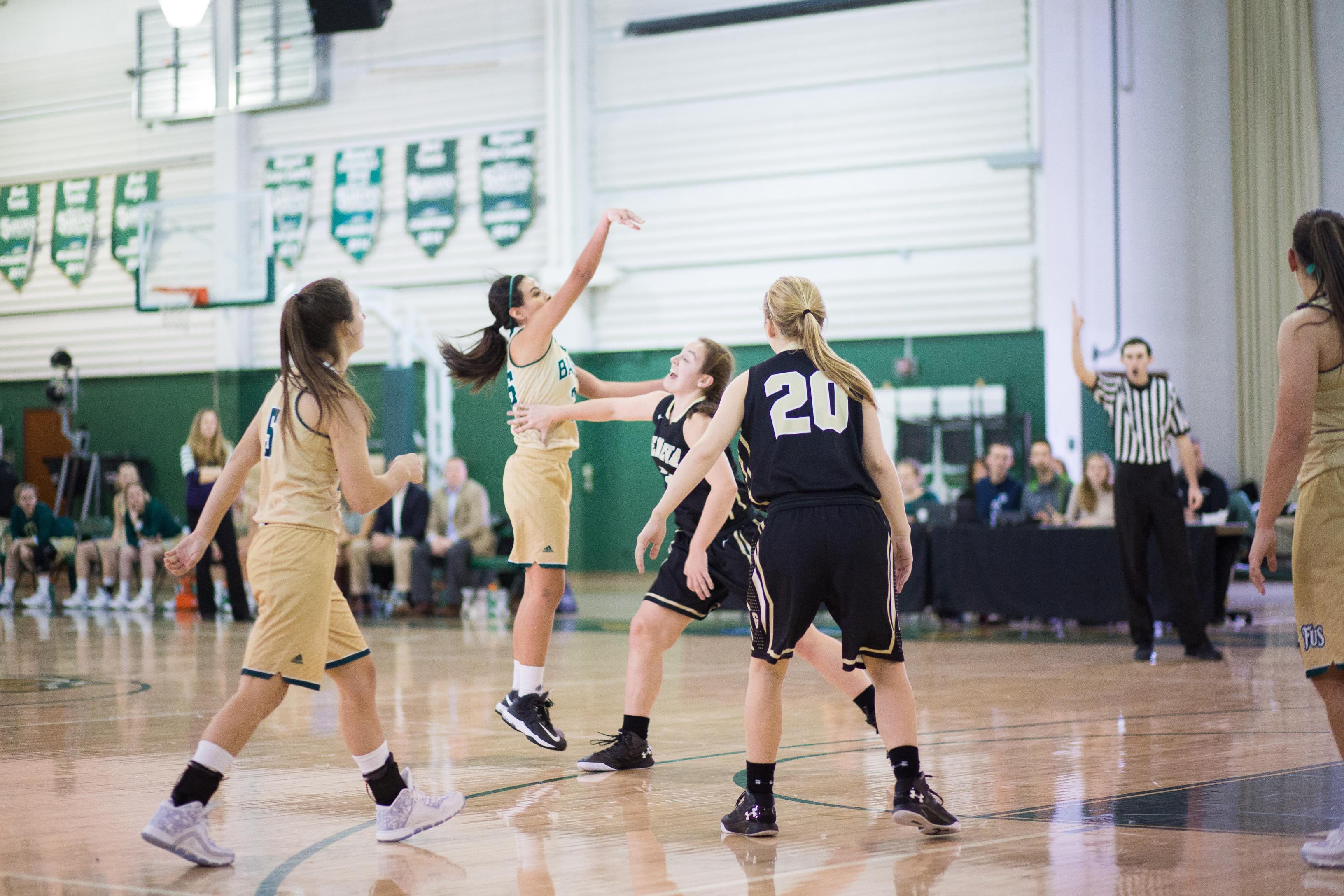 Franciscan University started with the ball and made the first score with a 3-point shot by senior guard Iliana Gonzales. The Lady Barons won the first quarter 17-12.

Gonzales had a total of 29 points. Two other seniors who helped to lead the team were Stephanie Pahren, a guard/forward who contributed 12 points, and Monica Dawyot, a guard who had nine rebounds.

“We got steady contribution from Iliana, and I saw some good things from Steph and Monica today, too,” said Head Coach Suzy Delaney.

The Lady Barons played competitively during the second and third quarters. The two teams were tied at one point during both quarters, but Geneva came out ahead.

Delaney said, “We battled but came up short today. I am proud of the effort but there is much room for improvement in our execution.”

During the fourth quarter, the teams played a tight game with Geneva leading. With about six minutes left Gonzales brought the Lady Barons to only one point behind Geneva when she made a 3-point shot, but despite this, Geneva continued to lead.

With about two minutes left, Gonzales brought the team to two points behind when she shot three free throws.

Dawyot brought the team to one point behind with a layup with just under a minute and a half of the game left making the score 60-59. But Geneva fought back shooting six more points with the final score ending in 66-60.

“We put ourselves in a position to win but we need to focus on our mental game on closing out the game,” Delaney said.

The Lady Barons’ next home game will be a conference match against Mt. Aloysius College on Wednesday, Dec. 2 at 8 p.m.