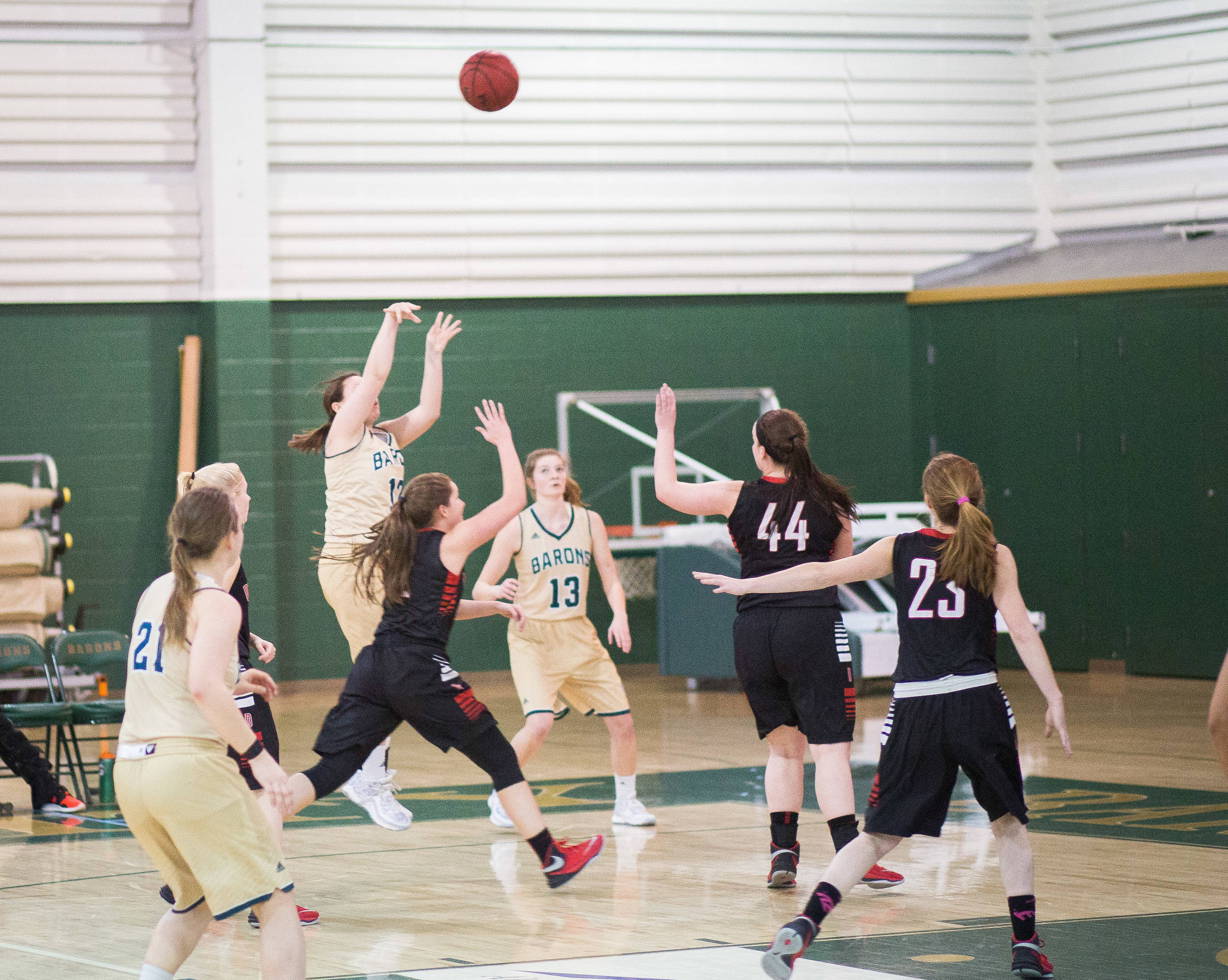 Franciscan University women’s basketball team could not send its four seniors off with a victory, falling to D’Youville College, 62-51, in the last game of the season Feb. 20.

“Today we ran into a hot D’Youville team,” said Head Coach Suzy Delaney. “They are playing really well heading into the playoffs. We didn’t shoot well enough to get us through a tough team like them.”

Before the game, the Lady Barons honored seniors Iliana Gonzales, Monica Dawyot, Stephanie Pahren and Therese Taylor for their years on the team. While Pahren has been injured since the upset over La Roche on Jan. 18, the other three seniors all saw the court on Senior Day.

“It was a tough day today saying goodbye to four great Barons,” Delaney said. “I really can’t say enough for the impact these four have had on Baron basketball.”

D’Youville opened up the game on an 11-2 run until freshman guard Gaby DeJesus hit a three-pointer at the 5:16 mark. The Lady Barons outscored the Spartans 12-9 the rest of the first quarter.

Defense was the name of the second quarter as only 23 combined points were scored, 13 by the Spartans and 10 by the Lady Barons. D’Youville went into the locker room at halftime leading 33-24.

The third quarter featured more offense as the Lady Barons had their best offensive quarter of the day, scoring 15 points. However, D’Youville added 21 more points to its total, regaining a double-digit advantage by the end of the quarter.

In the final 10 minutes of the season, the Lady Barons locked down on defense only allowing eight points and outscoring the Spartans, 12-8.

The Spartans outshot the Lady Barons 48.9 percent (22-for-45) to 27 percent (17-for-63). The rebounding game was close as D’Youville grabbed 39 rebounds to Franciscan’s 38. The Lady Barons did commit four less turnovers than the Spartans, however.

Franciscan finished the season with a 7-17 record, 6-12 in the Allegheny Mountain Collegiate Conference. While graduation will hit the Lady Barons hard, the team’s second and third leading scorers in Schriner and sophomore center Lucia Westrick will return next year as the team looks for its second appearance in the AMCC tournament.