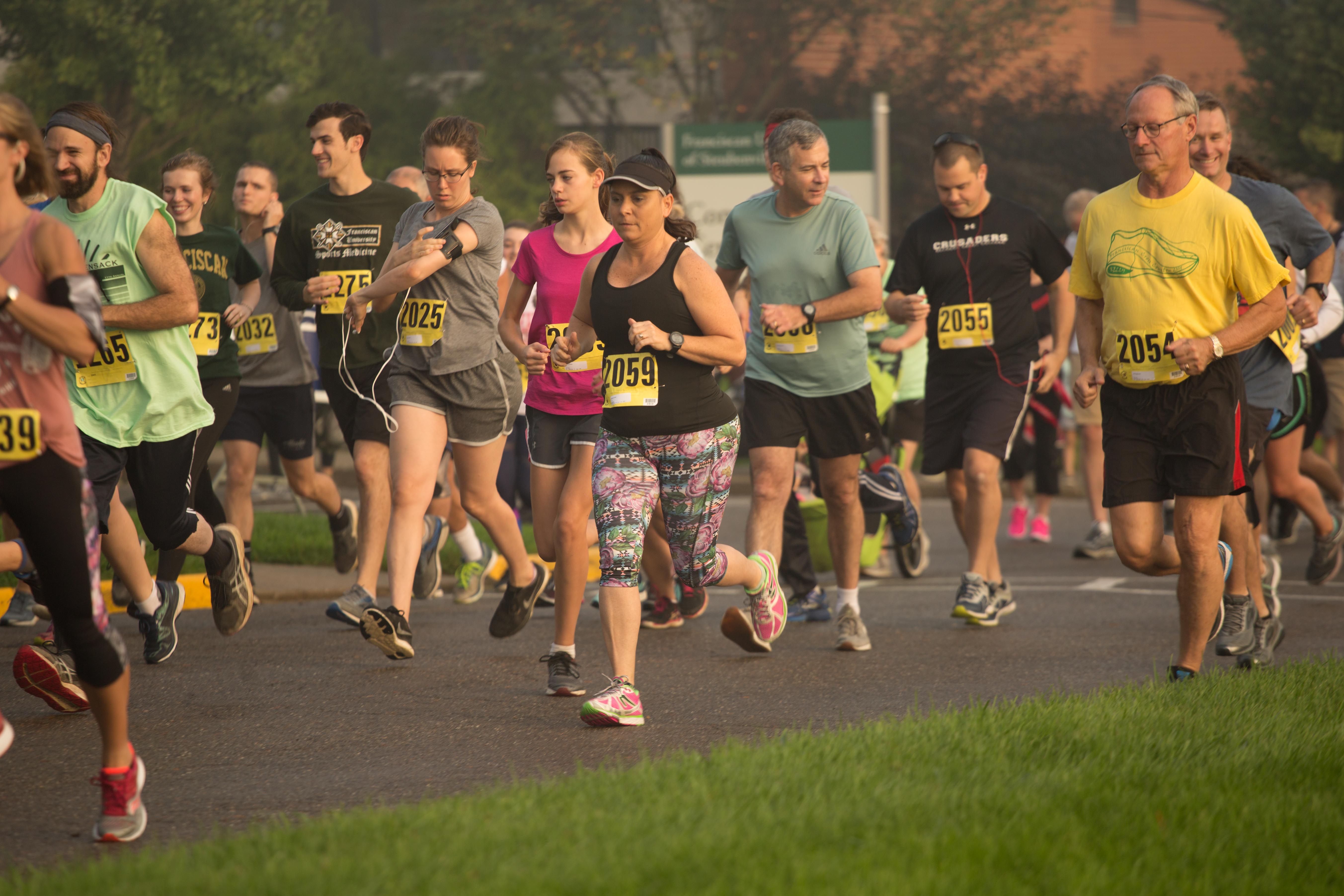 The second day of homecoming weekend kicked off with a family-friendly 5k run/3k walk in memory of Kelly Roggensack, a Franciscan University of Steubenville student who passed away in a car accident in 2008.

Roggensack was a member of the cross-country team, and this annual race is held in her honor.

On Oct. 6, students, families and alumni of all ages gathered bright and early for the 11th annual event. The race began at the Assisi Heights Community Center, where each runner was given a number and a chip timer.

At 8 a.m., the 1k kids run began, with some runners as young as 3 years old participating. Families cheered on their little ones as they raced across the finish line.

The 5k run/3k walk started at 8:30. The Rev. Gregory Plow, TOR, began the race in prayer. Members of the cross-country team directed the runners through the course across campus, which consisted of many hills and various terrains.

Running side by side, the run/walk brought many in the Franciscan community together. While some were striving for competitive times, others simply ran for fun. Each person did his or her individual best.

Several of the runners wore costumes in memory of Roggensack’s joy and creativity. At the last practice of the track season before her death, Kelly had the idea to do a costume run. The cross-country team now continues this tradition in her memorial race.

After the race, the participants enjoyed healthy snacks and fellowship.

Awards were given for each age group, both men’s and women’s, starting from ages 5 and under to ages 60 and up.

Roggensack’s memory is one of joy, which was shared by all in attendance. Cheryl Roggensack, mother of Kelly Roggensack, said of her daughter, “She was a joy, just a bubble-machine. She had the biggest heart and the biggest smile. Ask anybody.”

The money raised will go to the cross-country team.