‘Judy from Late Night’: a staple of the Franciscan community 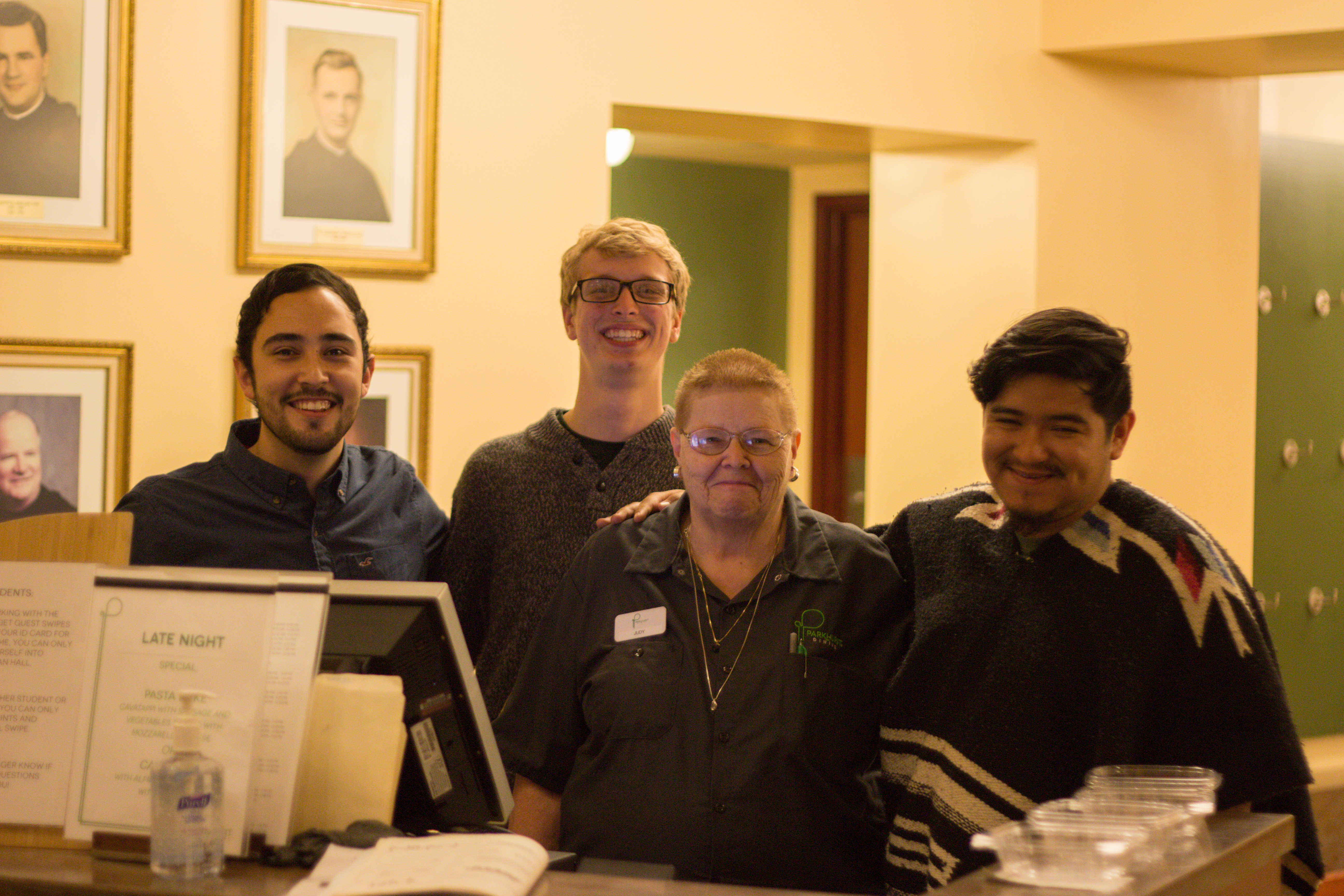 Her last name is almost too fitting. Judy Friend, a cashier at Antonian Hall Cafeteria, has characterized Late Night dining since its institution four years ago.

“I got this job through the newspaper,” said Friend.

After working at a dry cleaner’s in Weirton, West Virginia, for 23 years, Friend found herself unemployed before an advertisement in her local newspaper piqued her interest.

“There was an ad for a cashier; you had to pick up your application down at Sandella’s,” she explained. “So I took it home, filled it out, brought it back, and the next week they called me, and I came for an interview. Late Night had just started when I started. That’s what they hired me for.”

She said, laughing, “I don’t really have a free day; I work seven days a week.”

Mondays to Thursdays, Friend can be found behind the counter at Late Night. On Fridays, she works at Good Times Café, assumedly bringing the same hospitality and warmth that established her as an instant student favorite here at Franciscan.

On Sundays, she works both jobs.

She said with a knowing chuckle, “I work because if I sit around I’ll die.”

Friend especially understands the privilege that it is to work. Five years ago, it was taken from her.

She had a fractured femur that required rehabilitation at the same time that she required hip surgery. After a 26-day hospital stay and six months of therapy, she was not healing.

“The doctor said, ‘I want you in therapy for another six months,’ and it would hurt every time I went to therapy because it wasn’t healing,” she said.

The unexpected movement of a pin originally installed during surgery prolonged an already laborious recovery process. After a specialist in Pittsburgh performed a second surgery and she had another six months of recovery and intensive therapy, Friend returned home with a newfound respect for her occupation.

She said, “Keep on moving. If you don’t, you die. You gotta keep moving.”

Friend does not let her hardworking mentality keep her from readily admitting the best part about her role.

“The best part of working here is the kids,” she said. “Talking to the kids. They’re all students, but I call them kids. I love them all.”

The student opinion regarding Late Night’s prized cashier seems to be unanimous.

Sophomore Theresa Inoue commented on Friend’s incredible love for everyone who walks through the cafeteria doors.

“She’s such an incredible woman because she genuinely cares for the students,” said Inoue. “She has such an abundance of love for all of us, almost like we were her own children.”

Although she has no children of her own, Friend has graced countless youth with her wisdom over the years.

“I didn’t deliver any kids, but I mothered a whole bunch of them. I’m still mothering them, right here” said Friend, in reference to her position as the face of late night. “I’m their mother away from home.”

Friend is the only Late Night cashier that Antonian Hall Cafeteria has ever employed. If any and every student on campus has his or her say, she is the only one Franciscan will ever need. Five days a week, from 7:30-11:00 p.m., Friend turns hard days into better ones, good days into great ones.