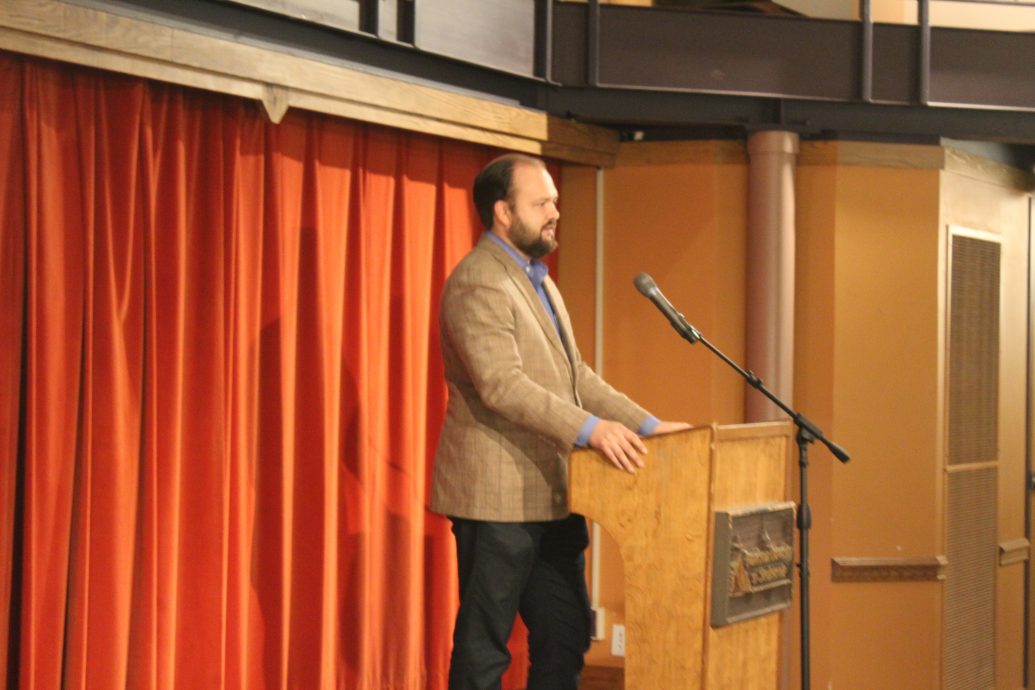 On Friday, April 12, students and faculty packed the Gentile Gallery to hear a New York Times columnist speak about the problems in contemporary American Catholicism as part of the academic lecture series.

Ross Douthat recounted the scandals in American Catholicism today, the occasions that have confused many Catholics: the sex abuse crisis, the culture’s increasing detachment from the Christian message and the revival of theological discussion, specifically about doctrines which have long been considered decided and closed.

Mainly due to these three main points of confusion, Douthat explained that America has seen three types of responses.

The first response, Douthat noted, was “continuity.” As Douthat explained, while the response does not deny the reality of the problems presented, “it places a heavy emphasis on the idea that the media has … misinterpreted Pope Francis.”

Showing the difficulties of this response, Douthat said that it can become a sort of enforced continuity, ignoring the real institutional divide developing in the Catholic Church. While it looks at the controversy, Douthat said, “it still doesn’t tell you what to do about the controversy.”

The second response, Douthat said, is “rebellion,” a narrative that Catholics were deluded all along. While many thought that Popes John Paul II and Benedict XVI would reform the state of the Church, they instead could not stop the predator bishops and the gay mafia.

Also noting the difficulties of this response, Douthat expressed concern over its close link to similar political rebellions, seen with Brexit, Marine Le Pen and President Trump. Due to this close link, Douthat said that it leaves the rebel “constantly vulnerable to being co-opted by” political instigators.

Douthat then listed the third response: “integralism.” Marked by a “strong, renewed interest in pre-Vatican II” material, as explained by Douthat, this response has special focus on what the 19th century popes warned about liberalism, seeing them as prophetic. Basically, integralism calls for an integration between Church and state.

Douthat noted the problems of integralism. While, in Douthat’s view, it is persuasive, “it risks being completely disconnected with actual reality.” Simply stated by Douthat, the problem is that “there isn’t right now a clear bridge from ‘the 19th centuries popes are right about liberalism’ to ‘here’s what we do now.’”

This lecture was sponsored by the Henkels Family Fund and the Hildebrand Project.