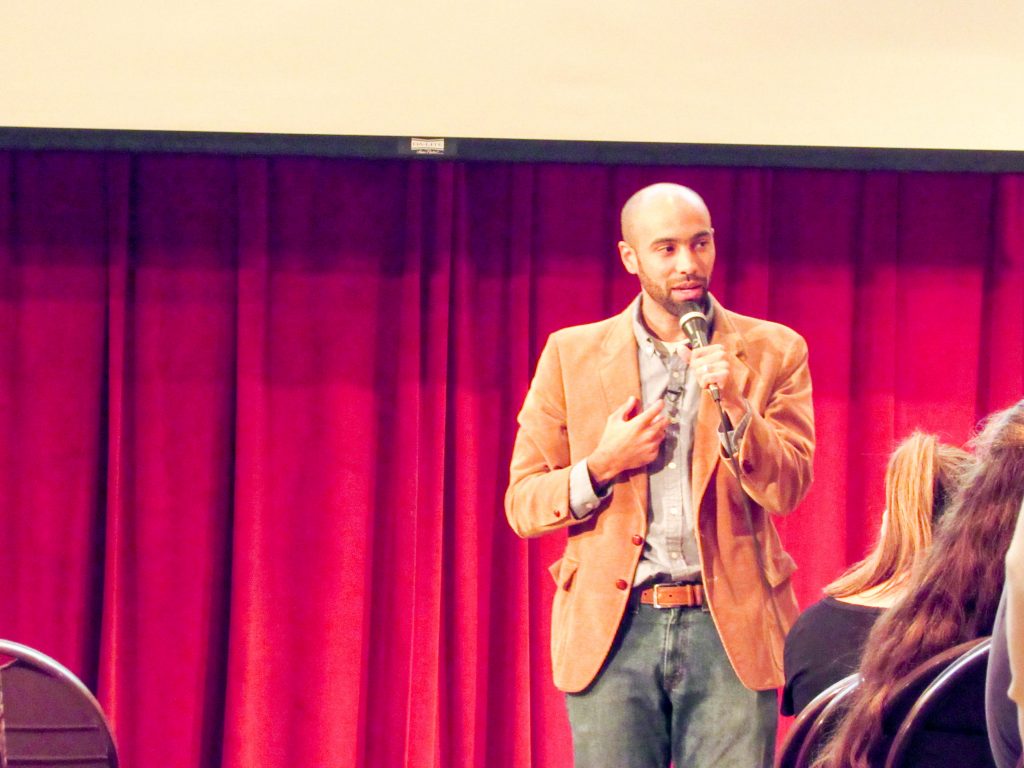 If you have seen one of his talks on campus about the theology of healing or been present for one of his dynamic lectures, then you probably know Matthew Breuninger. A husband, father of four, and a critically acclaimed professor of psychology at Franciscan University, Breuninger’s life has included studying many different topics across the United States. Currently, you can find him teaching what he knows in areas of psychology and theological healing to many students who have a desire to learn.

Breuninger was born and raised in Scranton, Pennsylvania, where he completed his undergraduate in English Literature at the University of Scranton. Through literature, he discovered another layer of the human experience.

“I started reading Shakespeare,” he said.“I started to think that literature was a fascinating study of the human person. You get to see how humans think and what motivates and moves them. I was surprised that Shakespeare was as good as an observer of human nature as any psychologist.”

Breuninger described how during the completion of his undergraduate degree, he had a conversion back to the Catholic Church. This led him to earning a master’s degree in theology at Ave Maria University in Florida. “While studying theology, we did a lot of St. Thomas Aquinas reading and some of his psychology anthropology, and he talked about good habits and emotions and what we can know and how we know,” said Breuninger. “I thought I could pursue psychology, and it could allow me to combine what I learned in theology with what I learned in psychology.”

He then completed his doctoral work in Clinal Psychology at Baylor University in Texas. While at Baylor, he worked in a psychology of religion lab, where he explored the various ways that religious affiliation was related to mental health and well-being.

After completing his doctoral studies, Breuninger applied to Franciscan University and was amazed by the community. “These people are the type of people I want to be around,” said Breuninger. “Intellectually, there are some really sharp people here and the type of people I want to become friends with. I haven’t been disappointed one bit, and I have some really great friends in the faculty,” he said.

Currently, Breuninger teaches the psychology courses of Human Development, Adolescent Development, Human and Spiritual Integration and Theology of Healing. He is also involved in several research projects including a scale to measure implicant attitudes towards abortion, how religious and spiritual struggles affect marriage satisfaction and various interventions for helping people change how they view and relate to God.

“We also have a project right now on the perceptions of parenting among college students and religious and spiritual struggles that they experience,” he said. ‘We found that the more warming and caring your parents are, the less likely you were to struggle with religious issues.”

Outside of teaching students, Breuninger enjoys fishing, hiking and going on dates with his wife. He would one day like to move out to the country and have a small farm. He also wants to start an interdisciplinary center called the John Paul II Center for Integrated Studies on the Person. “It would have a philosopher, theologian, biologist and psychologist engaging in interdisciplinary research on the human person,” he said.

Breuninger currently is working toward becoming licensed so that he can practice psychology in the state of Ohio. He is also working on a book about healing.

When asked about what advice he could give to students, Breuninger said, “My advice to the guys is to never ask a girl out on a date via text message. My advice to the girls is if a guy asks you out via text message you should unequivocally say no. But more seriously, the habits that you form now are the habits you will carry with you into life after graduation, so start forming really good habits.”