Graduate students exercise past professions at Franciscan University of Steubenville 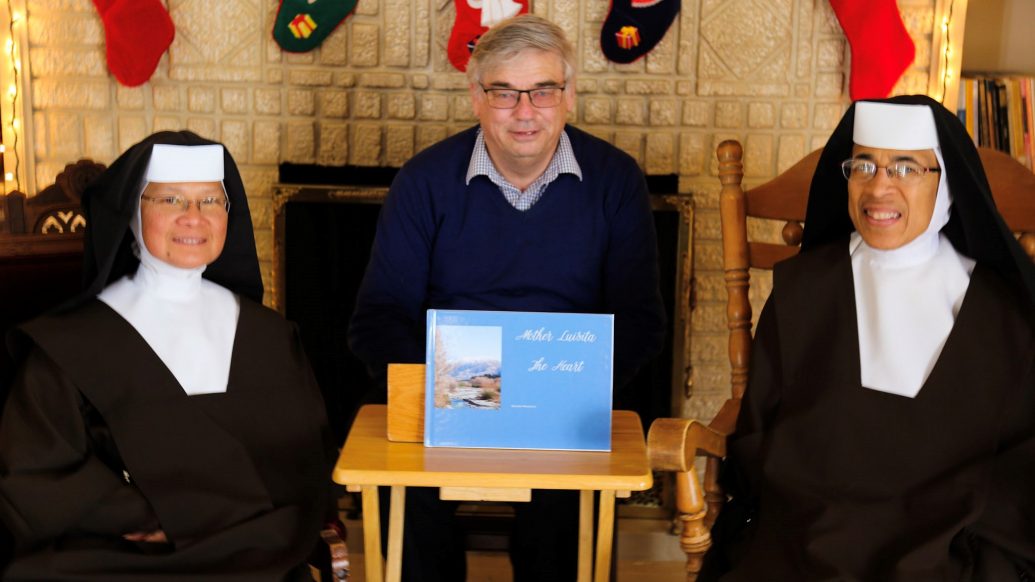 While most students are pursuing degrees to quality for their first jobs, some have come to Franciscan University of Steubenville continuing to foster professional talents while they tackle the academic rigors of graduate studies.

Franciscan University of Steubenville continues to attract countless students around the globe through its zealous education, evangelization and discipleship. However, less known are the group of professional adults who have chosen to pause their endeavors in the world for something more: the call to grow deeper in their academic and spiritual life through pursuing a graduate degree.

On campus, professors and faculty alike have taken to heart the achievements and gifts of these professional young adults.

“The Catechetical Institute has hired Franciscan graduate students from academic and professional backgrounds as varied as economics, business, philosophy, communication, art, English, as well as theology and catechetics,” Gallant said. “These student workers use skills from past professional and academic experiences to help with work such as planning logistics, communicating with diocesan officials … and traveling to nearby dioceses to aid catechetics faculty and staff with logistics for presentations.”

One more recent example of a graduate student who has combined his experience with current studies at Franciscan to serve the Church at large is Brendan Woodnutt, a graduate theology student at Franciscan University. Originally from North Island-New Zealand, Woodnutt is a father and husband who began his slowly emerging profession in photography three years ago.

The business started with a simple inspiration Woodnutt received while considering a birthday present for an ailing nun who loved the sight of flowers. He bought a high-quality camera with an expert lens and began to capture earth’s beauty. This creative gift continued to take root while he managed a health and safety company at the waterfronts of New Zealand.

There on the dock every morning, before the rising sun, he felt “drawn to capture the beauty of nature.” This single inspiration resulted in an evolving website called Licorum Photography.

“There is a part of me that is creative,” he said, while looking down at his collection of published photo books.

But when Woodnutt felt his heart tugged to deepen his spiritual life, he responded with a leap of faith and put everything else on hold. It was at Franciscan University that he found what he was seeking: sound theology, rich values and a prominent focus on the Mass.

Instead of putting his talent aside upon admission as a graduate student, Woodnutt put his talent to work. He is now working as a photographer for the university under David Deptula, who is the graphic designer and photography coordinator at Franciscan University.

“By using my creativity, I know that I am using a gift that God has given me,” Woodnutt said.

Woodnutt also began to network, most recently, with the Carmelite Sisters of the Most Sacred Heart of Los Angeles on campus. Upon their request, he published a maxim book on Mother Maria Luisa Josefa, their mother foundress. This book captured the charism of the Carmelite community and expressed the richness of its spirituality.

The book became one of the many fruits he bore by taking the leap of faith and embracing life at Franciscan University. Through combining the solid theology of his graduate studies with his professional talents, Woodnutt has established a career that will bear fruit.

“I have really been able to take hold of the teaching of beauty while at Franciscan,” Woodnutt said. “Since my arrival I have begun to act on the inspiration of Licorum Photography,” he said. “I am in the process of building up the program which would allow people to purchase my books and photography.”

Woodnutt and countless other graduate students have accepted Franciscan University’s challenge to recognize and embrace the gifts and talents they have been given. It has become a testament to the development initiatives of caring professors and mentors on campus who not only seek to impart knowledge and wisdom but more importantly seek to form successful disciples who will work to build up the body of Christ in love.