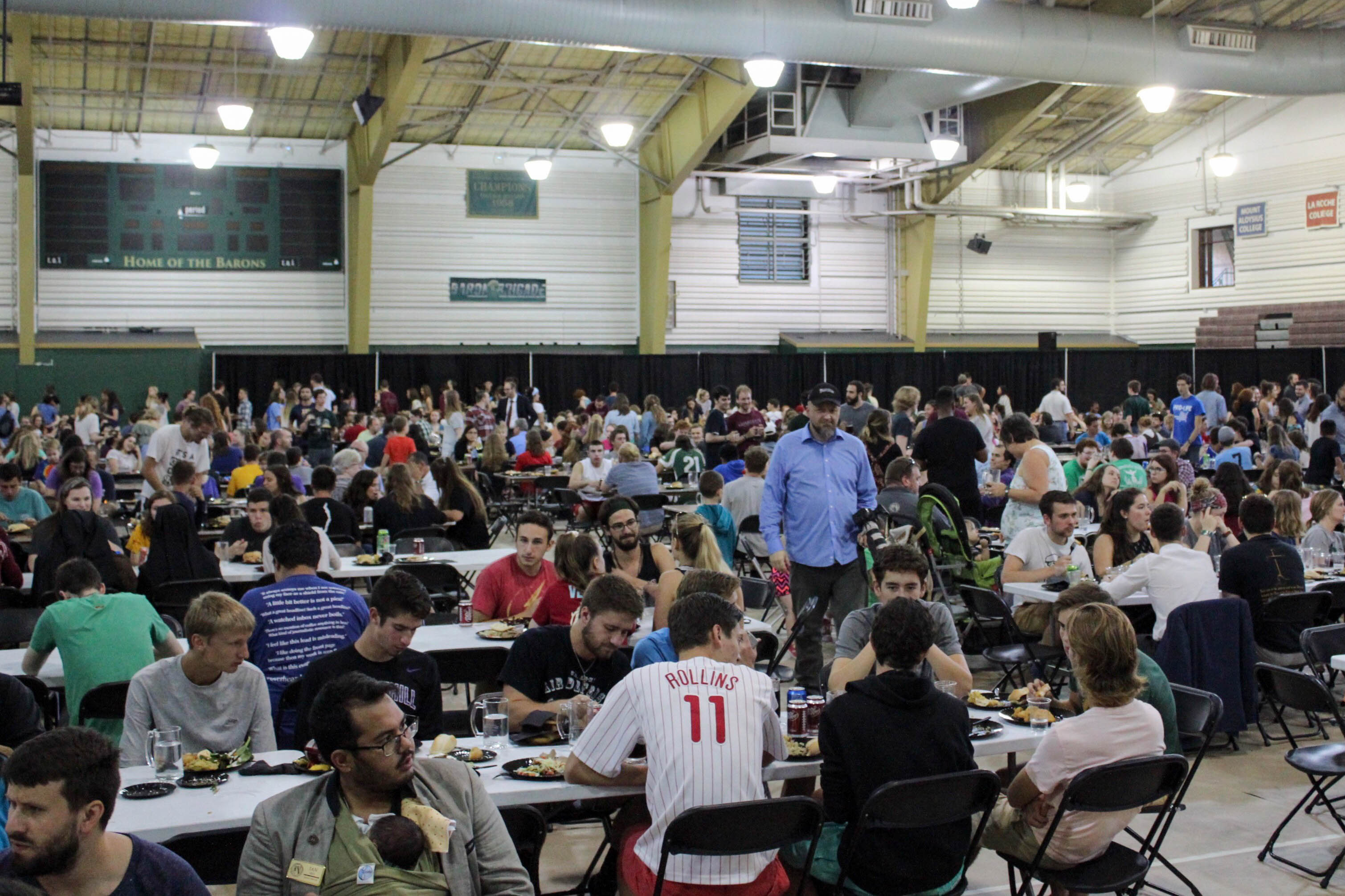 This past Friday, hundreds of students, faculty, staff and families filed into Finnegan Fieldhouse for an evening of food, beer and lederhosen. At Gaming Fest, the food and culture of Austria were brought to the Franciscan University of Steubenville to promote its study abroad program.

Every semester, over 150 Franciscan students travel to Gaming, Austria and spend four months immersed in Catholic and European culture. Gaming Fest is a way of encouraging students to go.

As they entered the fieldhouse gym, students were each handed a glass beer stein, and they then made their way over to a buffet of Austrian classics: sauerkraut, chicken schnitzel, bratwurst and jumbo pretzels, to name a few. For those over 21, there was also a large selection of beer and wine from which to choose. In addition to drinks, there were several desserts, including kirschwasser, which are black forest cookies, apfelkuchen, a German apple cake, and ginger cookies.

Long tables were set up all over the gym, and students sat together talking, laughing and enjoying great food. Not only did students attend, but faculty and alumni were also there with their families. Kids ran excitedly around the room, and the constant din of different conversations filled the air, providing an atmosphere that was communal, joyful and light-hearted.

“There’s a lot of community here,” said freshman Evelyn Nick, when asked what she thought of the event. Several groups also sat outside the fieldhouse and talked casually amongst themselves. No phones were noticeable that night; instead, everyone talked to one another face to face.

Several upperclassmen who had already studied abroad were wearing traditional Austrian garb: the men wore lederhosen, while the women wore dresses called dirndls. The costumes accentuated the Bavarian feel of the evening.

“I think it’s great,” said senior Alex Quiñones. “It brings me back to Austria.”

In addition to the Bavarian food, there was also a live German band playing traditional German folk music. While the band was setting up, they played German pop songs on the stereo so that guests could feel like they were no longer in the United States. After several minutes of technical difficulties, the band got playing. Wearing lederhosen, the band members played the trumpet, the drums, the clarinet and the accordion.

Even though Gaming Fest is not the real deal, it is a sneak peak of what to expect when studying abroad. Students are encouraged to go experience the real Gaming for themselves.