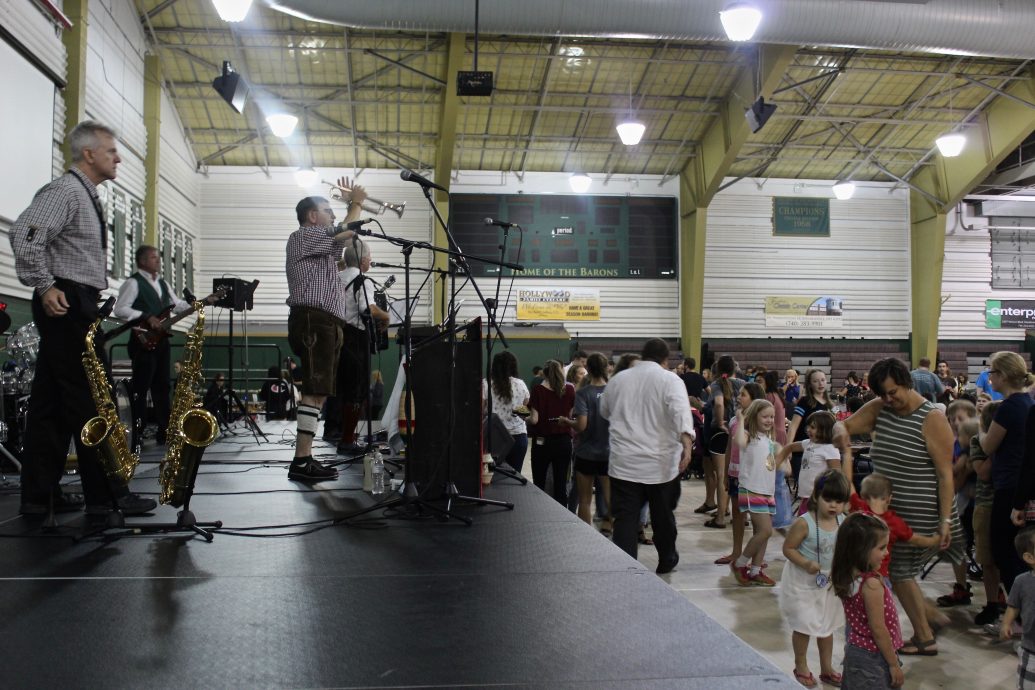 Gaming Fest, named for Gaming, Austria, where Franciscan University of Steubenville’s Austrian campus is located, began as a Center for Leadership senior project years ago. Since then, the university has incorporated it as a yearly tradition to allow students to reminisce on their semester in Austria or get a taste of what it is like if they have not had the chance to go.

Outside the fieldhouse, many people over 21 received bracelets for free Austrian beer. Those who did not plan on drinking beer filtered through the fieldhouse doors straight into the gym. They were greeted by rows of tables and lengthening food lines on either side of the room.

The menu included German potato salad, smoked sausage, bratwurst, sauerkraut and the ever-famous chicken schnitzel, among other foods. There was also a dessert table full of pretzels, cakes, cookies and crumbles.

A live band played Austrian and American music, which brought many couples, students and children out of their chairs to dance. The band set the mood of the whole night to one of cheer.

“I think it’s really nice,” said freshman Collin Giddens as he sat enjoying his first Gaming Fest. “The food is great, and the live music is nice and comforting.” His brother Connor Giddens, a junior, said that he and his friends “have been going to it every single year since (they) knew it was a thing.”

“The food is always very good because it actually reminds me of some of the authentic German food my mom would show us because she used to live in Germany,” said Connor Giddens.

Junior Juliana Lamb, who studied in Austria last semester, said the fest brought back memories of Gaming for her. “It was the first time I really missed Gaming since leaving,” she said.

“Seeing the families we spent so much time with, eating the food that tastes like the Kartause and hearing music I only associate with that space made me a little homesick for the mountains,” Lamb said.