Friars put up a fight against households in dodgeball 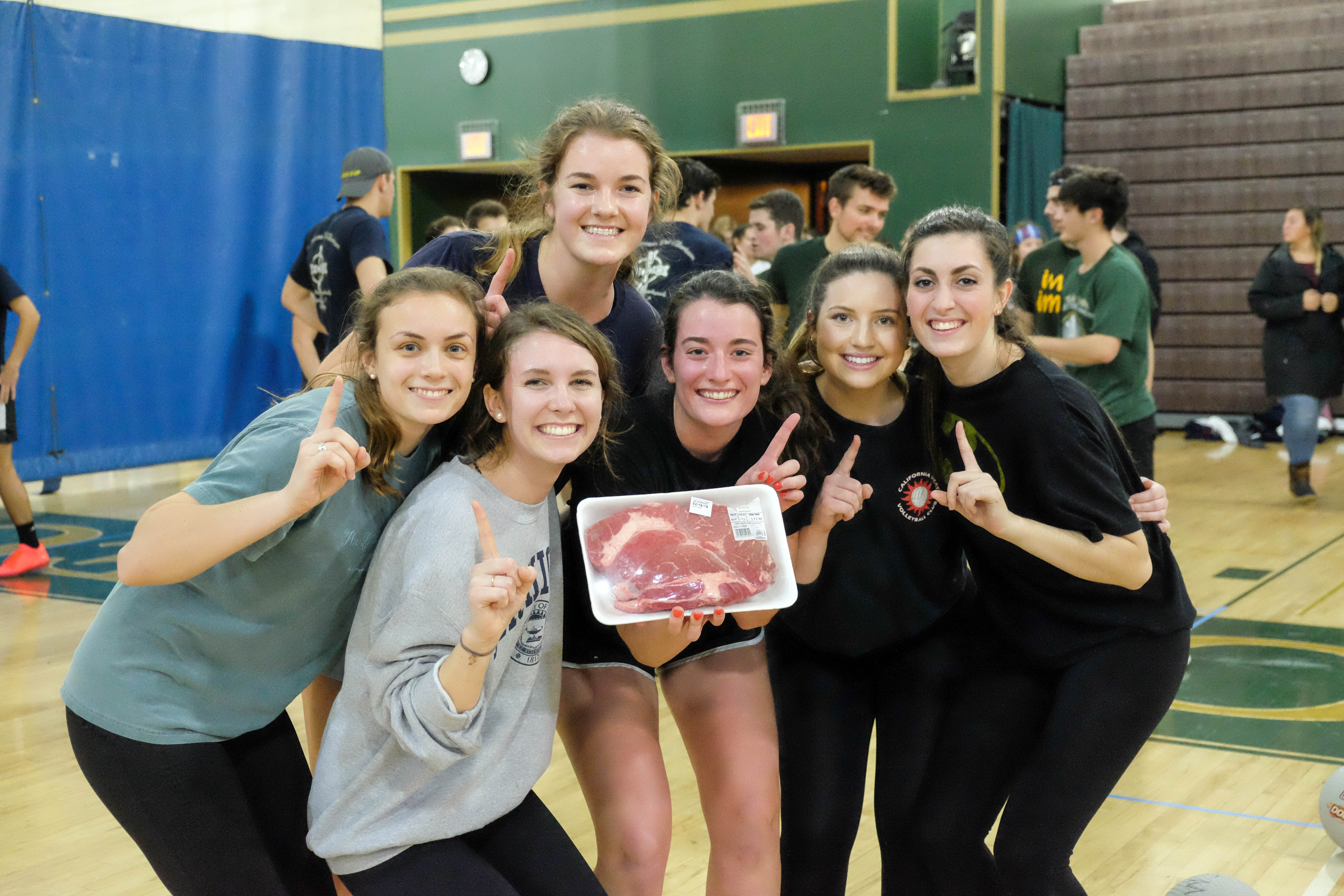 Face paint, choruses of screams, households in huddles and energizing music characterized Sunday night’s household dodgeball tournament, the first event like it which took place in the Finnegan Fieldhouse at 7 p.m.

The men competed for the honor of playing the TOR friars, while the women played for the championship on the other side of the partitioned gym. Twenty-two teams battled it out with dodgeballs on the men’s side, with 18 on the women’s side. Each half of the gym had two games going on at the same time, each supervised by a referee; the most notable of these was the Rev. Rick Martignetti, OFM.

The enthusiasm students brought to the night for their own households was exceeded only by their enthusiasm for the friars to take the courts.

The overall winners at the end of the night were The Little Flowers for the women and Ad Majorem Dei Gloriam (AMDG) for the men, who competed against Stella Mariae and In His Image, respectively.

AMDG then went on to win against the TOR friars, who had shown up a few hours before and spent the time practicing on the women’s side after the courts were clear. They sported matching T-shirts bearing the name “MENT.O.R.S,” with “FRIARS” on the back, including a sacred heart.

The shirts were custom-designed by Brother David Dodd, TOR. Each friar took his outfit to the next level with something unique, such as the Rev. Nathan Malavolti, TOR’s protective glasses, the Rev. Shawn Roberson, TOR’s matching sweatshirt and sweatpants, and the Rev. Gregory Plow, TOR, and Dodd’s neon orange headbands.

“I love how they’re involved on campus,” said junior Sarah Beaver. “What a good example.”

Bob Lesnefsky, director of Household Life, was M.C. for the evening and began by explaining the rules to all the teams, then setting them loose to “Titanium” by David Guetta. Each team played a team which matched it in size, playing for the best two out of three games. Lesnefsky clarified that once a team was defeated, they got no second chance. “If you’re out, you’re out,” he said.

Junior Teddy Hudson, coordinator of Fishers of Men, was glad to make it past the first round. “We attribute it to Mama Mary,” he said.

Halfway through, the crowd thinned out as defeated teams left, though many of the victorious teams spent their time waiting for their next game by cheering on their friends in other households. Many people left as the games went much longer than expected, the championship rounds not happening until after 10 p.m. instead of 9 p.m.

Lesnefsky kept up the spirit by playing songs such as “I’ll Make a Man out of You” from “Mulan” and “The Final Countdown” by Europe. During the championship rounds, the crowds had dwindled to a rim of people around the half of the court being used and a full set of bleachers, filled with those persistent enough to stay until they could watch the friars play.