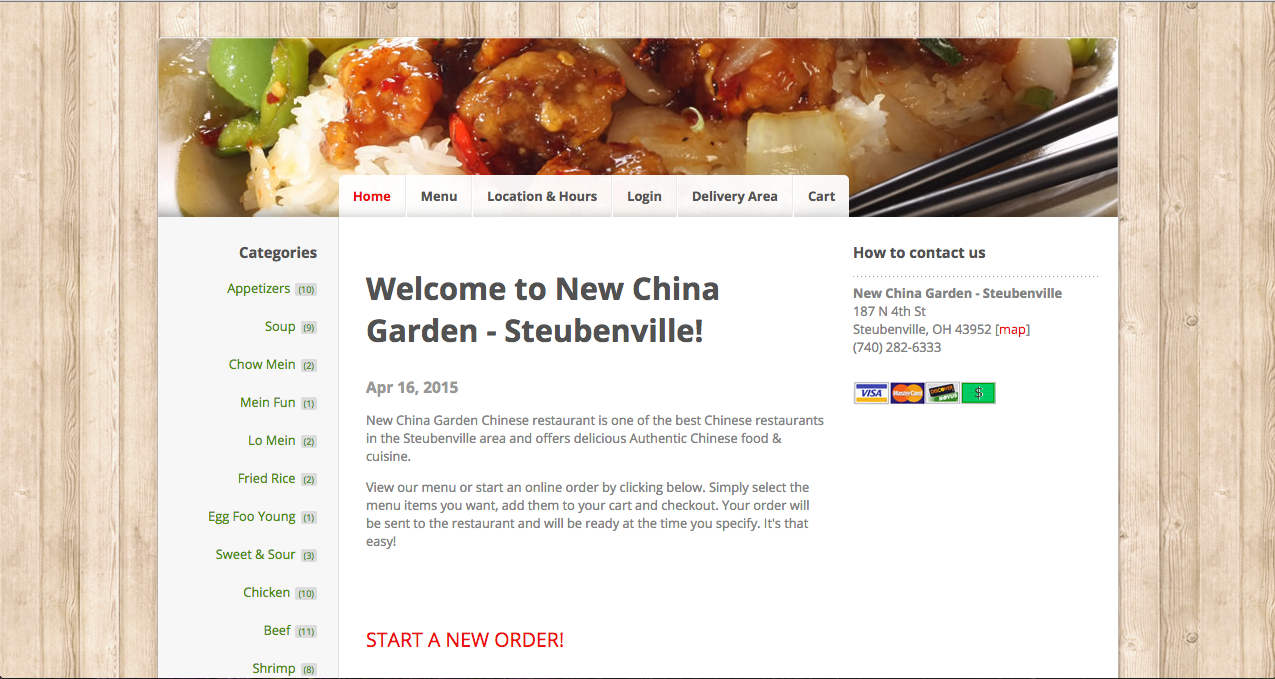 Since the end of March, students of the university have discovered fraudulent charges on their credit card statements originating from the New China Garden Chinese takeout establishment on 187 N. Fourth St. in downtown Steubenville.

A police report concerning the fraudulent charges was first made April 6 by sophomore Samuel Marine, who noticed a pair of strange charges on his credit card statement the previous night. Both charges had been made over the online ordering system for New China Garden.

“When I noticed the charges, I called my bank to get the addresses and phone numbers of those two charges,” Marine said. “And both times, they were not my address and not my phone number.”

Marine then called New China Garden to ask them about the addresses and phone numbers related to the fraudulent charges.

“They told me that they had no idea what was going on,” Marine said.

Marine went downtown to the Steubenville police department to file a report about the fraudulent charges. After the report had been entered, it was referred to the department’s detective division.

As of April 11, three more students had added their names to the police report, all mentioning similar instances of credit card fraud. In each case, the students received anywhere from $40 to $90 in fake charges made through the online ordering service of New China Garden.

Although only four students’ names were listed on the police report as of April 11, at least eight other cases were brought to the attention of authorities at the university. Many others were mentioned over social media.

Detective John Sowers of the Steubenville police department warned students to check their credit card statements if they had ordered from New China Garden and used a credit card for the purchase. Sowers said that if any strange charges are found, any affected credit cards should be immediately deactivated.

“When guys steal a credit card number, they’ll use it until they can’t anymore,” Sowers said.

Sowers said that in addition to deactivating the affected credit cards, students should get a statement of the charges from their bank or credit card provider and submit that statement to the Steubenville police department.

“If students bring us the statements, we won’t need a subpoena, which saves like six to eight months,” Sowers said.

Without the credit card statements, Sowers said that the police would need to wait months for a subpoena, or written permission from the courts. Only then would they be legally authorized to seize the necessary evidence to begin an investigation.

When asked in an interview April 11 about the fraudulent charges, New China Garden manager Deborah Ujevich said that she did not have much information.

“All we know is that the online system for ordering has been compromised,” Ujevich said. “Everyone who has had problems with their card numbers being taken has used the online ordering.”

Ujevich added that she has never really liked the restaurant’s online ordering system and that she would advise students not to use it.

“I recommend that students pay in cash or, if they really want to use credit cards, they can order online and then give us a call and tell us the card information over the phone,” Ujevich said.