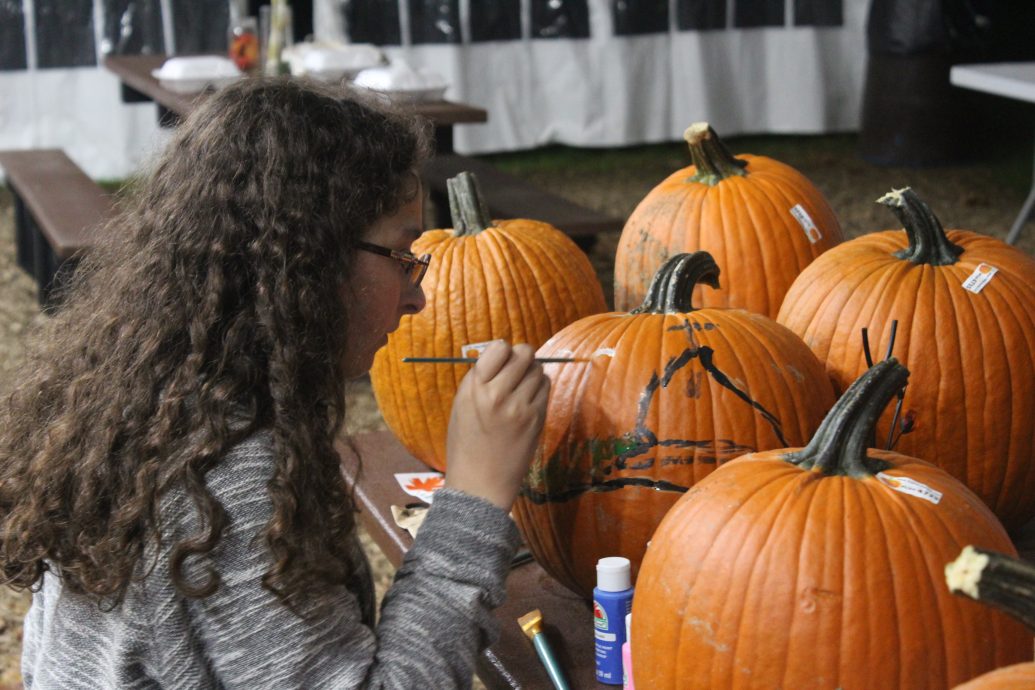 Students celebrated fall at an event with free food and live music outside the J.C. Williams Center on the chilly evening of Oct. 22.

Fall Frenzy, hosted by Exc!te, took place from 7 to 10 p.m. in the tent outside the J.C., where a stage and picnic tables were set up. Sophomore Murphy Givens performed live music throughout the event. Givens played a variety of songs including original songs, Irish music and a variety of covers.

Early in the night, the Rev. Rufino Corona, TOR, joined Givens on stage to sing “Someone You Love” by Lewis Capaldi.

Soda and waters were available. Beer was provided to those over the age of 21.

The highlight of the food was a cotton candy machine, operated by members of Defenders of Purity household. Many students said they were happy to have cotton candy, with some standing in line for over half an hour to get some.

Exc!te set up heat lamps around the area and decorated the tables in the tent to encourage students to stay despite the chilly weather.

In addition to the outdoor activities, Exc!te co-sponsored a screening of the movie “Knives Out” with the Murder Mystery Club.

Sophomore Theresa Sherman, Murder Mystery club officer, said, “I am thankful for everyone who came out and stuck around even though we had some technical issues for an hour, and I am thankful for Exc!te. It was very convenient having Fall Frenzy outside so people could just hang out and get food while we were struggling.”

While Exc!te was hosting Fall Frenzy, Student Government was hosting a pumpkin painting contest in the back of the tent. Two tables were set up with pumpkins and paint. Students were invited to paint pumpkins of various sizes. Some of the designs included Frankenstein’s monster, a spiderweb and a sunflower.

Freshman Mya Conboy said, “I loved it. I had a great time and painting the pumpkins was great. Great choice of music.”