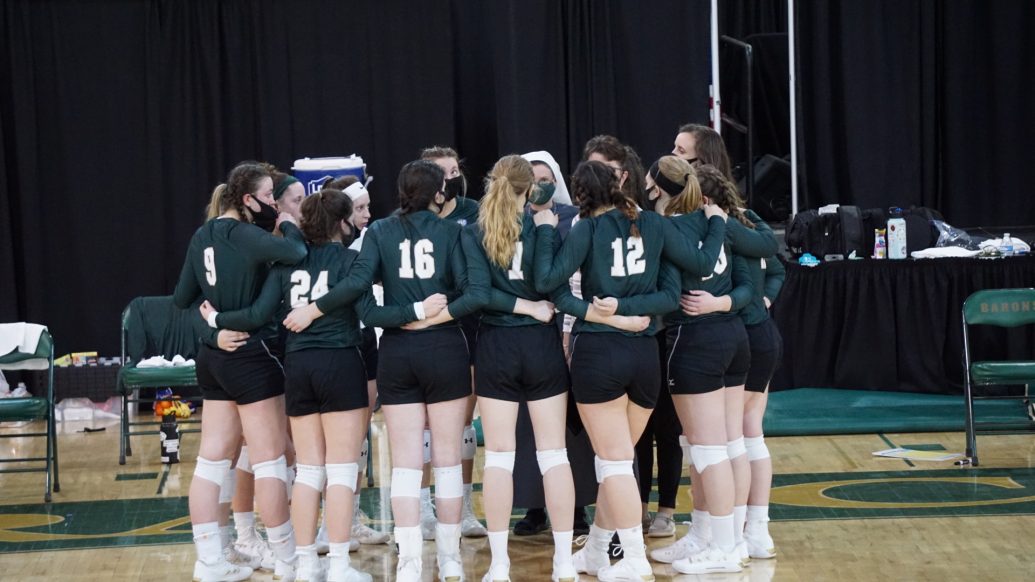 The Lady Barons put up a fight, but Geneva drove ahead in points every match.

The first set started with Geneva putting up three points and starting with two kills. Junior defense specialist Mary Kate Taylor ended Geneva’s streak with a kill of her own and followed it up with an ace.

Geneva went on another run, racking up five more points, till junior outside hitter Renee Antonelli made a kill and followed it up with three aces. Geneva then took control of the game and Franciscan lost its first match 15-25.

The second set started with both teams tying for the lead 5-5. Freshman middle hitter Annika Olsen and Antonelli both made kills early on in the match, and Franciscan made its longest run of the day, going up to 9-5.

Geneva caught up, tying the score at 10, and the Lady Barons fought back taking the lead at 16-14. Geneva then went on their longest run of the night, racking up 11 points and winning the second set 25-16.

The third set started the same as the second with both teams tying for the lead 7-7. Junior middle hitter Caitlin O’Malley registered her first kill of the night and junior setter Emily Nutter would add in an ace of her own.

The match was closely tied 11-10 with Geneva in the lead when Geneva made a six-point run. Franciscan lost its third match 19-25.

Taylor led the Lady Barons with six kills with assistance from Nutter, and senior libero Lauren Betar made a team high of 14 digs.

2021-03-15
Previous Post: Barons soccer beats Bethany in first match
Next Post: Speaker shares how St. Joseph can be spiritual father for all