Franciscan students travel across state borders with message of life 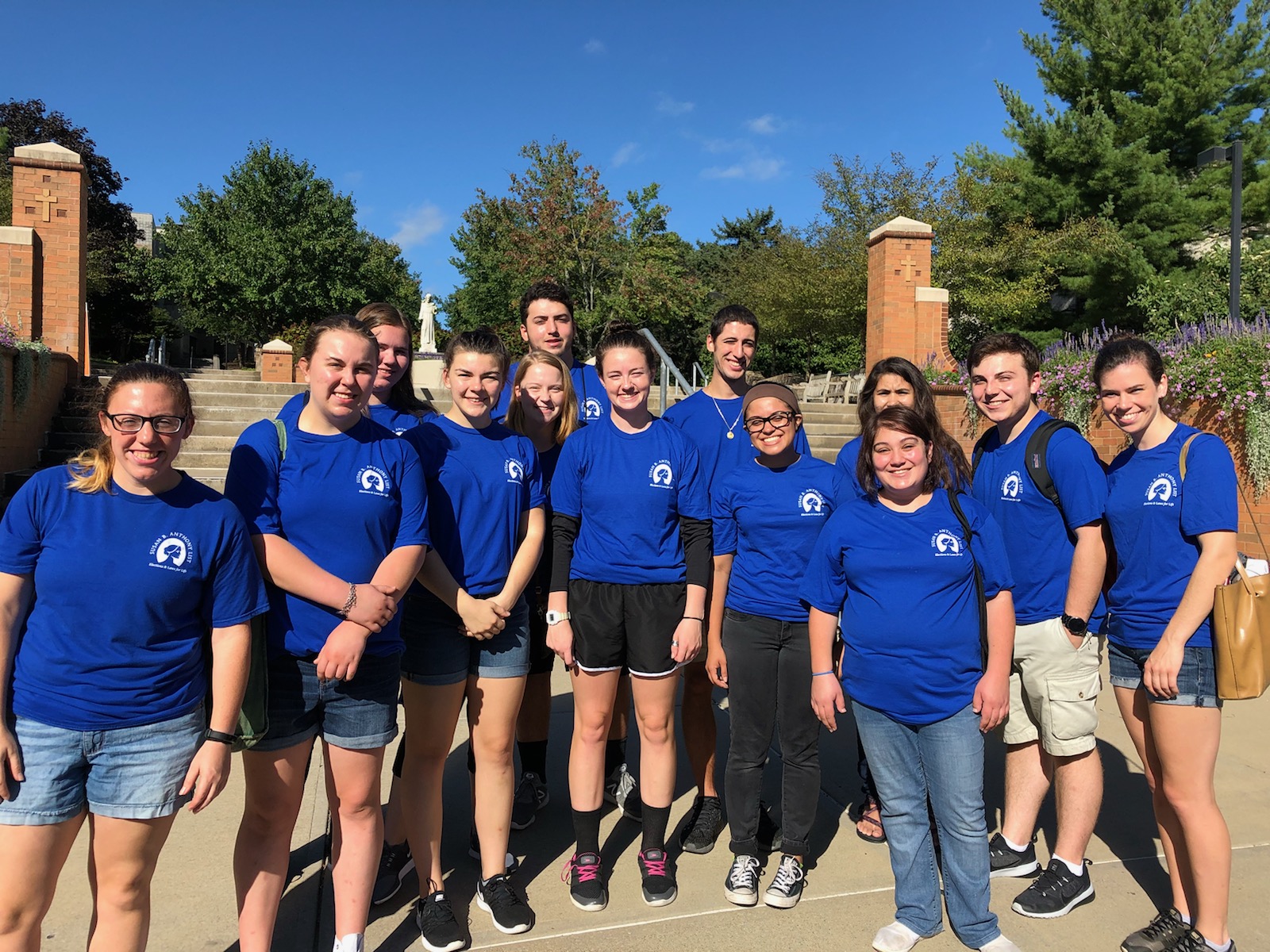 A typical Saturday at Franciscan University of Steubenville usually consists of sleep, homework and hammocks, but this is not the case for one group of Franciscan students. Every Saturday, a dedicated team of students travels across West Virginia educating voters on issues related to abortion through door-to-door canvassing.

These students work with the Susan B. Anthony List (SBA), a nationally-known pro-life organization that strives to get pro-life candidates elected. They do so primarily through voter education, travelling door-to-door to meet the voters where they are. They are currently stationed in six states: Indiana, Florida, Ohio, West Virginia, Missouri and North Dakota.

Every Saturday, Franciscan students join SBA to go canvassing, which means polling voters on various pro-life issues. Such issues include President Trump’s Supreme Court nominee Brett Kavanaugh, West Virginia Amendment One (which calls for an end to taxpayer funding of abortion in West Virginia) and Senator Joe Manchin, with whom some have expressed discontent for seemingly not adhering to the pro-life stance he ran upon in Washington.

Usually leaving around 10 a.m. and arriving back at Franciscan around 8 p.m., the SBA team dedicates its entire Saturday to spreading the pro-life message. The students also take time to canvass on their own throughout the week when they are available.

And the team’s hard work did not go without notice. EWTN featured these Franciscan students on Episode 80 of EWTN Pro-Life Weekly, which aired Sept. 6, 2018. While on the scene with some Franciscan students, the EWTN reporter asked Carlyle Gregory, an SBA political consultant, his thoughts.

“Our people are going door-to-door trying to develop some political pressure on these senators to do—frankly—what they ought to be doing anyway,” he said, “which is support the will of the people in their states.”

One of the factors that most inspires the people students talk to is their youth. Many canvassers have mentioned that the people they visit have expressed joy that the youth are the ones upholding the pro-life movement.

Ella Witt, supervisor of the Franciscan University division and graduate of the university, expressed similar satisfaction in her group, saying they were an all-too necessary voice in the world.

“Between the training our canvassers receive and the literature they are given to hand out … they know more than most voters,” she said, “so they are able to inform these voters and cut through the confusion of the media.”

Witt herself joined SBA as a canvasser while studying at Franciscan, and later she felt called to join the front lines of the movement. She said that this is a cause for which she is proud to fight.

“The people that I encountered at doors and seeing the impact made me realize that I needed to fight for something bigger than myself,” she said. “It is difficult at times, but God always provides the strength, and He will continue to.”

Beth Andrews, a junior at Franciscan, is another SBA canvasser. Raised with a passion for the pro-life movement, it has been her dream to join the team.

“I met one of the Susan B. Anthony people at the J.C. (Williams Center),” she said, “and I’ve been wanting to get more involved with the pro-life group at school. This job seemed like a great opportunity to do that.”

Andrews expressed that she was proud to inform people of the current state of politics impacting pro-life issues and to spread a message of life wherever she went.

Such a calling is something with which most canvassers can identify. They say they were inspired by the voice SBA had in protecting the unborn and were glad to be a part of it.

Any students who wish to join the Susan B. Anthony List can contact Ella Witt on her cell phone at 830-538-4803 or email her at ella@sbalistfield.org.