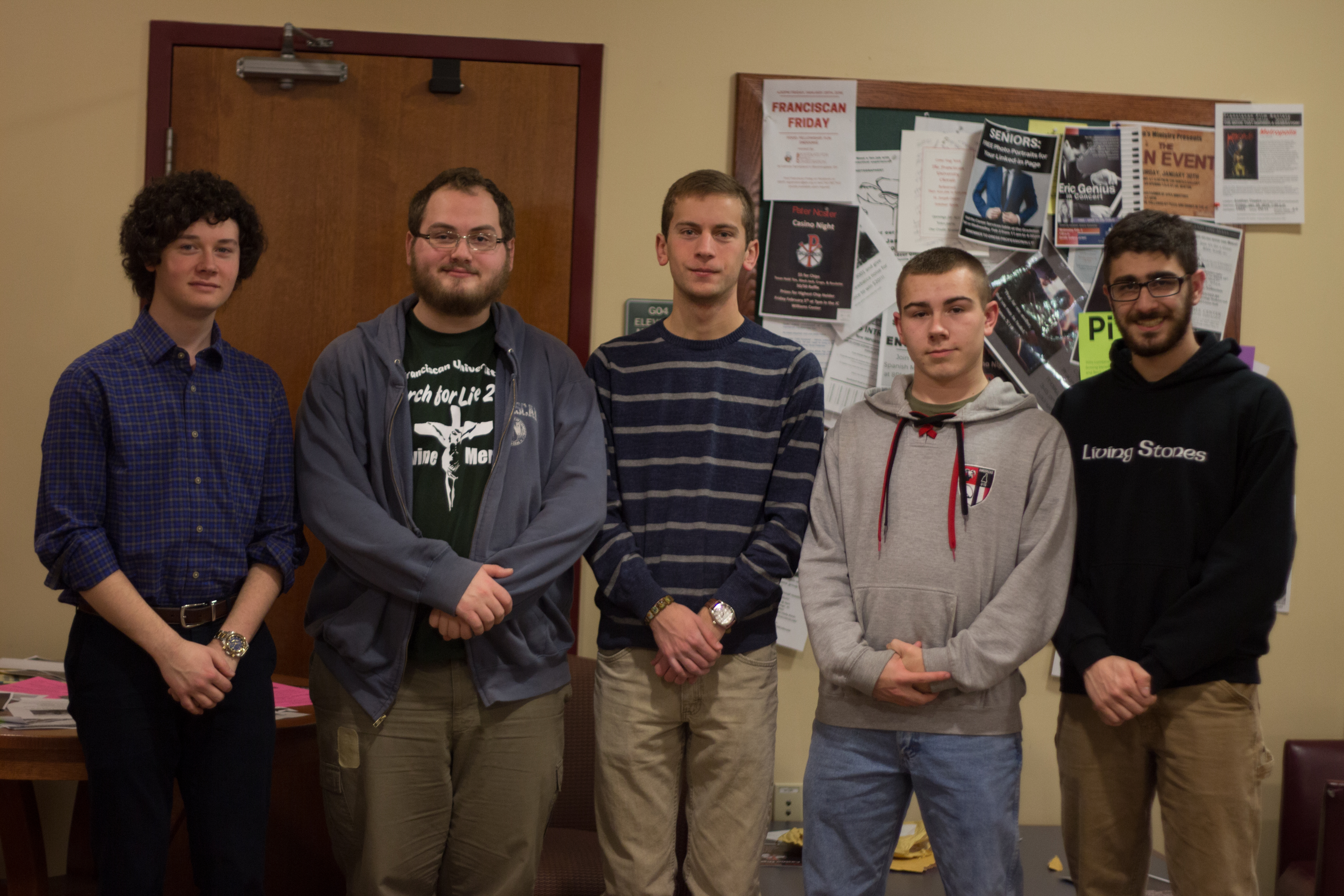 The Franciscan University of Steubenville Eagle Scouts hosted a viewing of the film “Night Will Fall” on Wednesday, Jan. 27 in the Gentile Gallery in honor of the anniversary of the Auschwitz concentration camp liberation during World War II.

The film presented live footage shot by American, British and Russian soldiers when liberating Nazi concentration camps. The black-and-white images of the buildings and of the bodies were captured by the film corps, which documented the events.

These film rolls were developed and directed by Sidney Bernstein and Alfred Hitchcock. However, the British government stopped the project due to British policy involving the rebuilding of Germany.

The film described a massacre, the recounting of which has been told repeatedly so as to avoid the same actions in the future.

“It’s unbelievable, unfathomable, until you see it,” said Theresa Carrescia, a senior social work major. “I cannot believe how such inhumane acts were done.”

Several survivors and soldiers who were at the concentration camps told their stories in the film.

“‘These half-dead people walking about, glazed eyes, absolutely dead,’ said Sgt. William Lawrie, an army cameraman. ‘There was hopelessness, despair, the appalling smell … depression, like the end had come.’”

In order that the film might not be discredited as fake, the army camera men would take long shots with important people from places like the villages and the foreign offices.

“I never realized before that there were film makers there and throughout the war,” said Carrescia.

The film was left untouched for 70 years before André Singer, the director, reopened its production. While British and American theaters never showed the film, it was compelling evidence for the prosecution of Nazis during the Nuremberg trials.

“The film was very moving,” said Joseph Morrell, a member of the Eagle Scouts. “There aren’t many words to describe it, the pictures of the grotesque bodies were just very moving, and I think it’s really inspiring to know how grateful we all should be for not being in that situation.”

Freshman Giovanni Stroik, a humanities and Catholic culture major as well as the assistant senior patrol leader and vice president of the Eagle Scouts, put together this event so that students could gather together to remember the events of the Holocaust.