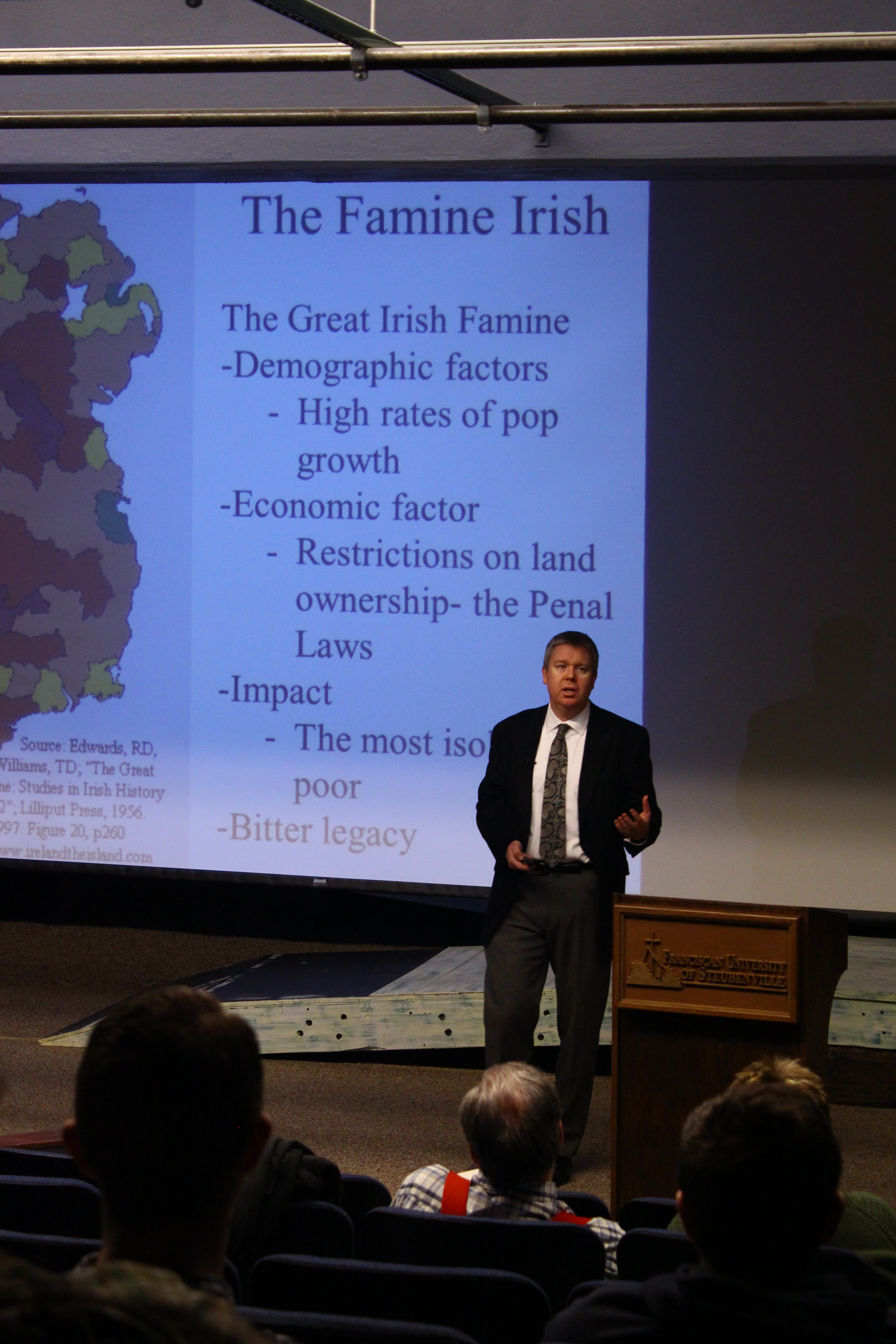 A Franciscan University history professor gave a presentation March 2 on Irish heritage, speaking of the exile of the Irish people into America and how it became a turning point in American history.

Matthew O’Brien, who holds a doctorate in history, explained why the Irish are one of the largest groups of immigrants to America and how they went from being the poorest group in the country to becoming respectable members of the United States.

“The immigration experience is really central to the American identity,” said O’Brien, in an interview after the presentation, “and I think that it’s instructive to look at the courses that the Irish had taken there and the kind of cleaning up and making respectable those aspects of ethnicity that we might not fully understand as taking place in other immigrants.”

As pointed out in his talk, O’Brien spoke of the love the Irish had for Ireland, despite the hardships of poverty they had faced.

“This is a paradox that Irish American ethnics are dealing with: talking about a country that’s so lovely, so beautiful, so pure and wholesome, but also having to explain why they left,” said O’Brien.

From 1845-1855, about one million men, women and children traveled to America from Ireland, said O’Brien, comprising the largest influx into this country and the second largest ethnic group to come to the United States.

O’Brien said many of the Irish who arrived were illiterate and unprepared for industrial labor.

Over $230 million was sent overseas to Ireland by Irish-Americans, who worked hard to afford to bring loved ones in Ireland to America, said O’Brien.

The pinnacle moment for the Irish, said O’Brien, was in the 1960s when John F. Kennedy, an Irishman, became president. This showed just how high up the Irish were able to climb: from poverty-stricken exiles to holders of high offices in the United States, he said.

Mary-Grace Lee, a junior early childhood education major, said that she was struck by the hardships the Irish went through.

“The culture of it when they came over was incredible,” said Lee. “They were giving up a lot in sacrifice, and it’s important to remember that, and all that happened (to) them.”