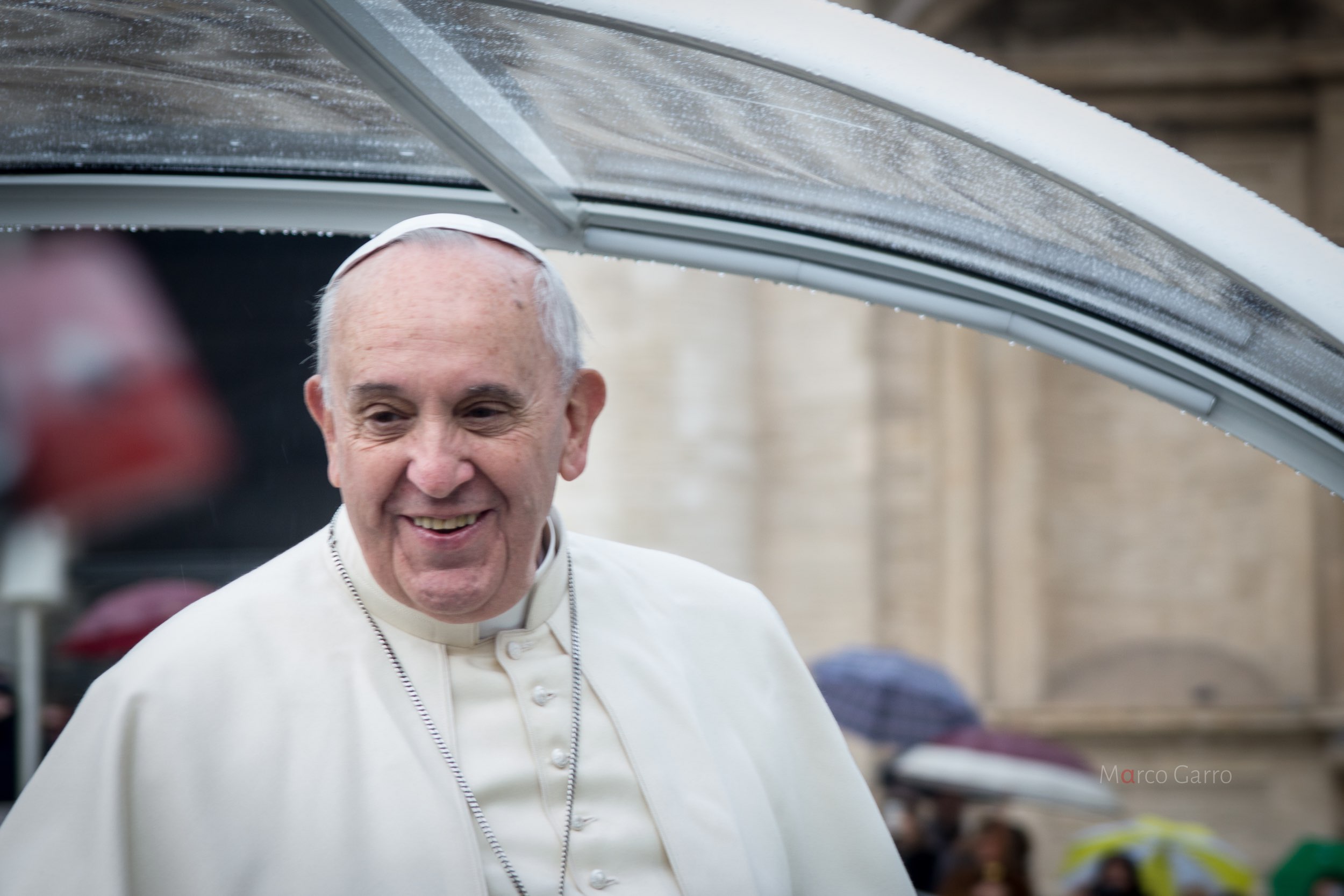 Amidst the excitement of Pope Francis’ visit to the United States, Franciscan University will be taking more than 220 students on a one-day pilgrimage to the papal Mass in Philadelphia.

Student Bryan Wells, who is planning on going to Philadelphia, commented on the pope’s visit.

“I love it. I think it’s much needed, especially in our culture. … I think it just sets kind of a precedence that he does care about our culture and that he’s involved in the church worldwide, even here in America,” said Wells.

Wells said that Pope Francis’ visit to the United States shows just how much he is living the Gospel.

Pope Francis will be visiting Philadelphia for the World Meeting of Families. The schedule of events for the visit to Philadelphia will be organized in a similar way to the annual March for Life and will revolve around the papal Mass on Sunday, Sept. 27, said Ron McNamara, coordinator of Student Leadership Development.

McNamara will be leading the trip. There will be four buses, designated St. Francis, St. Clare, St. Elizabeth and St. Louis, each headed by two student bus captains. The student pilgrims will be joined by three TOR friars and two TOR sisters.

Once in Philadelphia, students will push for a spot as close to the center altar as possible, but McNamara said that he was not sure how close to the pope the group is going to get.

“We do not know, and we probably will not know until we actually arrive on Sunday … how close we will be,” said McNamara. “It’s not an especially ticketed event or anything like that. We are there to show our solidarity with Pope Francis as a successor of Peter. Our hearts will be close whether we physically are or not.”

There has been much preparation and planning to transport Franciscan students to Philadelphia. Only one bus company to which Student Life reached out said it was not in any position to provide transportation, said McNamara. He said Franciscan was very fortunate to secure at least four buses.

A question that still hangs in the air is what the pope’s message will be when he visits.

“I think Pope Francis’ message is quite clear in general,” said McNamara. “Obviously he has a profound concern regarding the poor and sort of the outcast, if you will.”

He went on to say that at each of his stops in the United States, the pope will be visiting places related to those main concerns. In fact, while he is in Philadelphia, Pope Francis will be visiting the city’s largest jail, Curran Fromhold Correctional Facility, said McNamara. Furthermore, while in New York to address the United Nations, “he will be reaching out in a personal and public way to those marginalized,” said McNamara.

2015-09-16
Previous Post: Student Government president excited to serve, discusses plans for the school year
Next Post: Catholic Values Column: Will this be the price of religious liberty in the US?