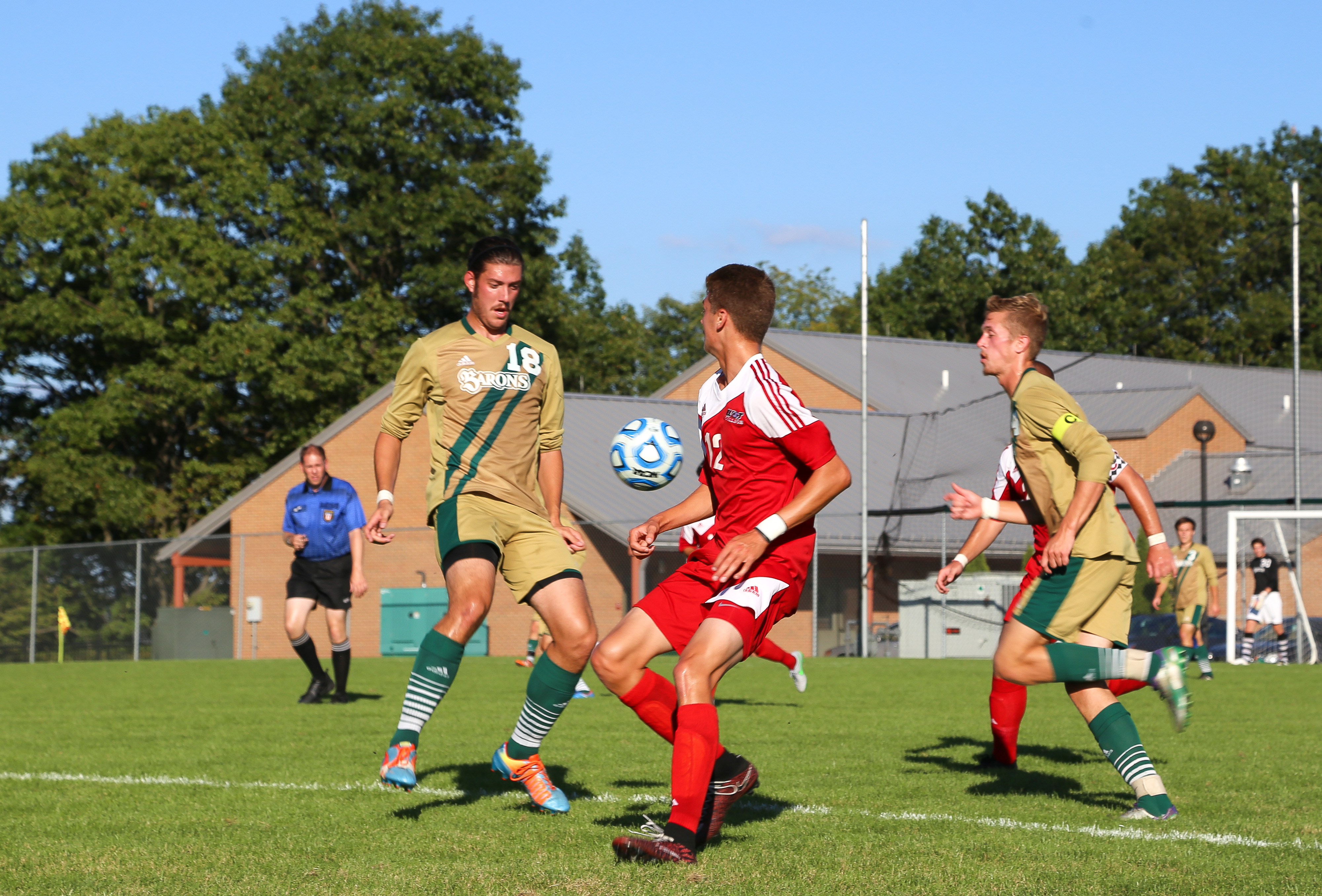 Franciscan University men’s soccer team continued its strong season, with its second win of the week and its first conference win overall, shutting out the University of Pittsburgh at Bradford 4-0 on Sept. 26.

Led by Head Coach Ward Rogers, the team has been playing strongly as of late, beating Waynesburg University 3-1 on Sept. 21 and losing to Washington and Jefferson College in overtime 2-1 on Sept. 23.

Saturday’s game against Pitt.-Bradford was the first Allegheny Mountain Collegiate Conference game for both teams. The win was also the Franciscan’s fourth of the season, tying last year’s win total.

After the game, senior midfielder Daniel Binette remarked that there has been great improvement from last year’s season.

“The team should make the playoffs this year,” Binette said.

Four wins is a promising start with a team with 12 underclassmen on its 25-man roster. Sophomore midfielder Leo Herrmann, the team’s leading scorer so far in the season, made three of the team’s four goals against Pitt.-Bradford.

The sophomore’s first goal was unassisted while his other two goals came off assists from junior defender Cuyler Ledyard and from junior midfielder Joseph Duran, respectively.

Herrmann’s third goal, the final goal scored by the Barons, was particularly exciting as he scored with a header off a Duran corner kick.

Duran scored the other Franciscan goal with the assist from senior midfielder Jace Vansteenburg.

On the defensive side, sophomore goalie Thomas Dosedel played during the entire game, only facing one shot on goal and was able to make the save.

The Barons’ next home game will be Oct. 7 when they play host to conference opponent Penn St.-Altoona at 2 p.m.