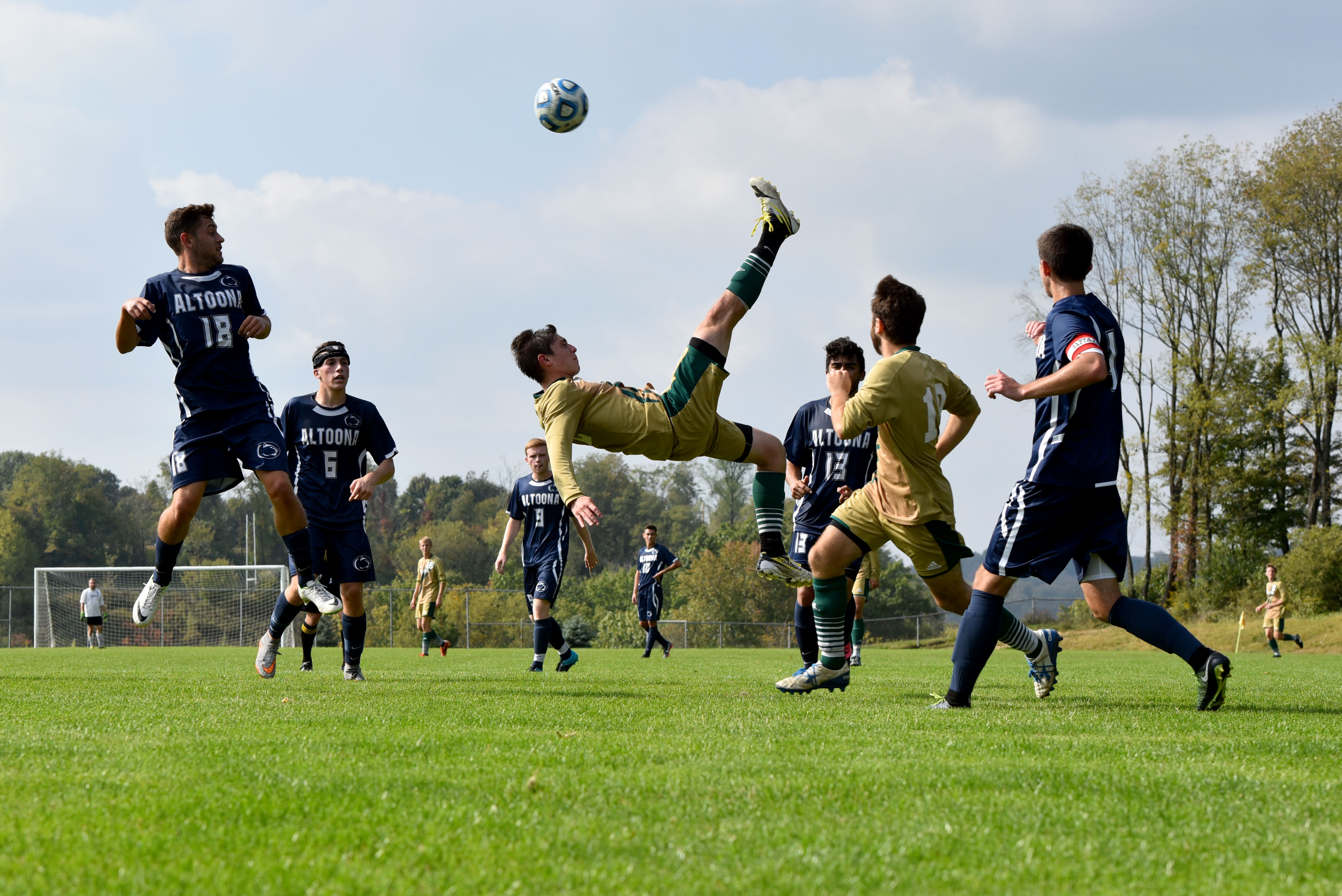 The Franciscan University men’s soccer team was defeated at home in its third overtime game of the season when the Penn St.- Altoona Lions claimed a 2-1 victory Oct. 7.

The game started out exceptionally well for the Barons when sophomore forward Leo Herrmann scored the first goal early in the game, giving Franciscan a 1-0 lead. This was Herrmann’s 14th goal of the season.

Unfortunately, the lead did not stick around for long. Around the 20-minute mark, Penn St.-Altoona caught up and scored against the Barons.

The Barons almost made a comeback when senior Dan Binette made a goal but did not score because of an offsides call.

No goals were scored in the second half, forcing the game to go to overtime with a 1-1 tie until Penn St.- Altoona’s Jordan Crist scored the winning goal for the Lions, making the final score 2-1.

Overall, Penn St.-Altoona had more shots on the goal than Franciscan with 16 and 14 shots, respectively. Junior Joseph Duran led the Barons with a total of five shots while Herrmann had four.

Despite this loss, the Barons will get another shot to improve their standings in the Allegheny Mountain Collegiate Conference in their next conference game against Medaille College in Buffalo, New York, on Oct. 11.

Franciscan’s next home game will be the team’s Senior Day on Saturday, Oct. 17 at 1 p.m. against Hilbert College.