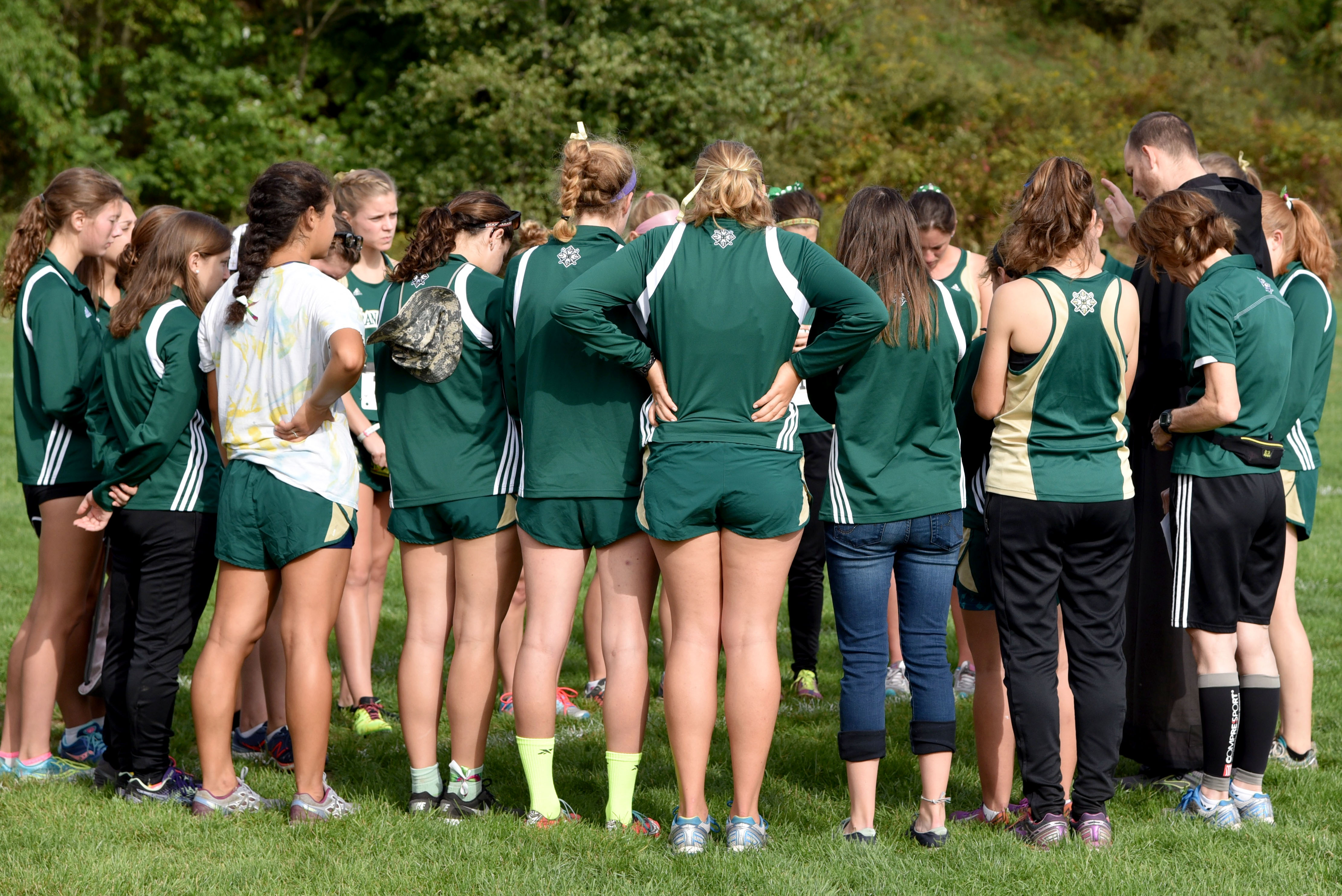 Franciscan University of Steubenville hosted its second annual Franciscan Invite cross-country meet Sept. 26 with both the men’s and women’s teams coming away with the victory.

It was partly cloudy and cool, perfect conditions for a race, as the Lady Barons cross-country team toed the starting line. The intensity and anticipation were building for each and every runner when the starting signal sent them off, up and down the hills of the golf course.

Finishing first in the women’s race with a time of 20:46.1 was freshman Emily Theurer, who, along with her teammates, earned a Franciscan team victory. The freshman thanked her teammates after the meet for all their hard work to get the win.

“I think the worst part was all the hills,” said Theurer, describing the most difficult aspect of the course.

After the women’s race was over, the men’s race began, finishing with more accolades for the green and gold as the Baron runners won the men’s meet as well.

Sophomore Graham Martin and freshman Joe Gallagher secured the top two spots for Franciscan, clocking in just tenths of a second apart at 28:00.1 and 28:00.3 respectively in the 8k race.

“I was really glad to see Joe coming up next to me at the end, especially since I knew there was another runner not far behind us,” Martin said about the finish.

Both he and Gallagher agreed that the worst part of the race was during the fourth mile, which involved a combination of a steep and gradual uphill climb.

The two also said that the team win was more important to them than their own and thanked the whole team for pulling through to make the victory possible.

The Franciscan cross-country teams will not run at home again this season but the two teams’ next meet is at the Carnegie Mellon University Invite in Pittsburgh on Oct. 10.