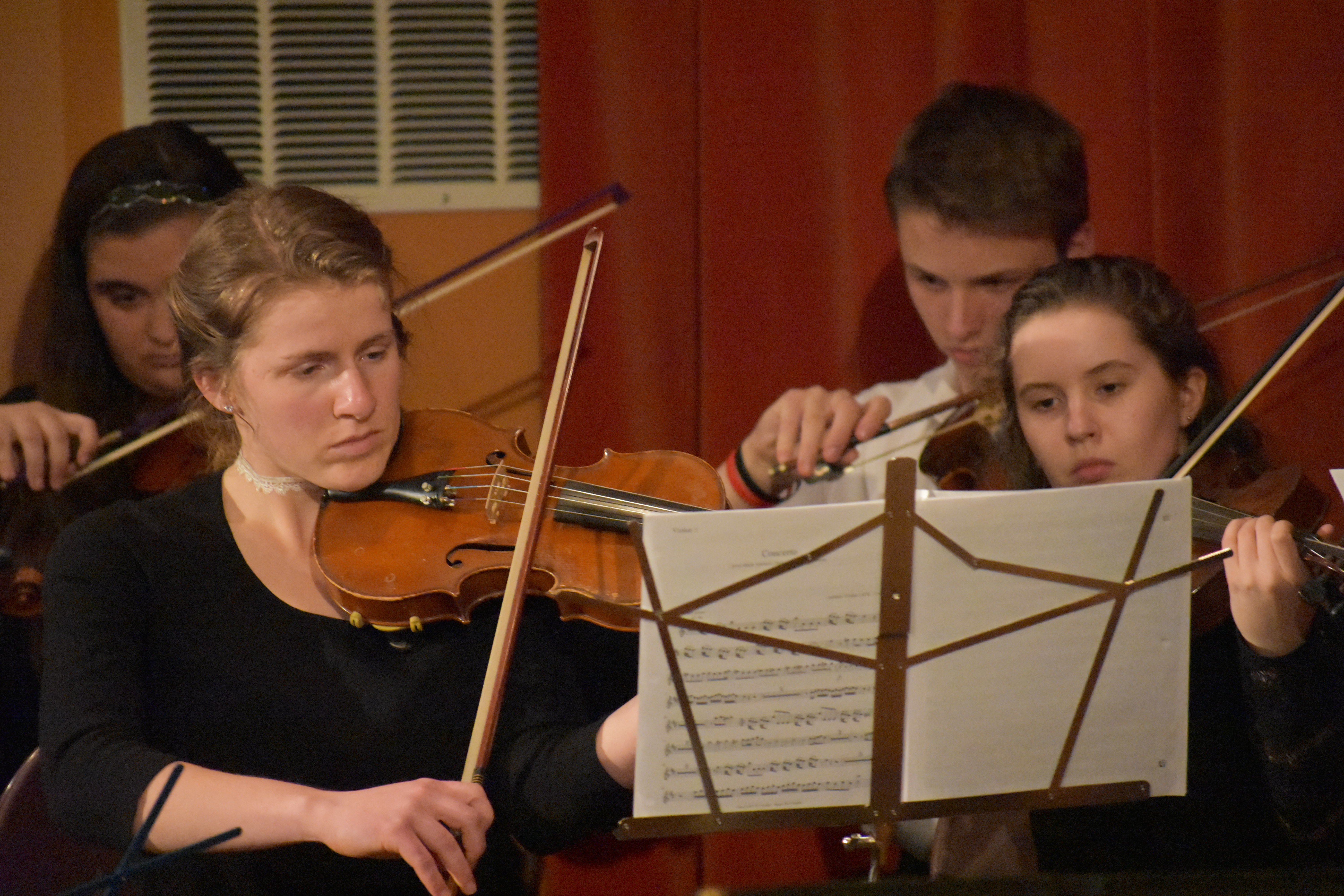 On April 17, the Franciscan Chamber Orchestra performed its spring concert in Franciscan University’s Gentile Gallery. The concert was directed by Nicholas Will, assistant professor of music, and included works by Johann Christian Bach, George Frederick Handel, Antonio Vivaldi and more. The orchestra consisted of 15 members, most of whom were students. Instruments in the orchestra included violin 1, violin 2, viola, cello, flute, clarinet, trumpet, tuba, organ and classical guitar.

The performance opened with “Allegro,” composed by Johann Christian Bach, and then was followed by “Organ Concerto in G minor, Op. 4 No. 1,” written by George Frederick Handel, in which Will performed as an organ soloist.

“Nimrod” from “Enigma Variations,” written by Edward Elgar, followed, and “Quintet in C major,” written by Johann Georg Albrechtsberger, was performed after. The orchestra then played a piece that was popular to dance to in the 19th century: “Village Festival,” written by Stephen Foster.

Will then introduced a guest performer, John Marcel Williams, an award winning American guitarist from Wintersville, Ohio. Williams performed “Caprico Arabe,” written by Francisco Tarrega, on classical guitar as a soloist, capturing the audience. The concert concluded with the orchestra performing “Concerto in D major for Lute, RV 93,” written by Antonio Vivaldi, in which Williams performed as a soloist.

The concert was received well by many who attended. Sophomore Tyler Boyd recalled the relaxing atmosphere created by the concert. “With all of the stress of the semester, it was nice to sit down and listen to music that took me out of time,” he said.

Tommy Gies, sophomore, said the concert was “a real leisure.” He explained how the music performed at the concert is not just pleasurable, but “it engages your intellect. It speaks to the soul on a deeper level than contemporary music.” He also expressed that “it is amazing to see how much talent we have here at Franciscan, and there are probably others who are not in the orchestra with amazing musical talents too.”

Both students emphasized their enjoyment of Williams’ performance. “I have never heard a classical guitarist perform before; it was a beautiful experience,” Boyd said.

Interested students should contact Will to set up an audition for next semester. The Sacred Music Program hosts many other events during the semester that students may attend as well.