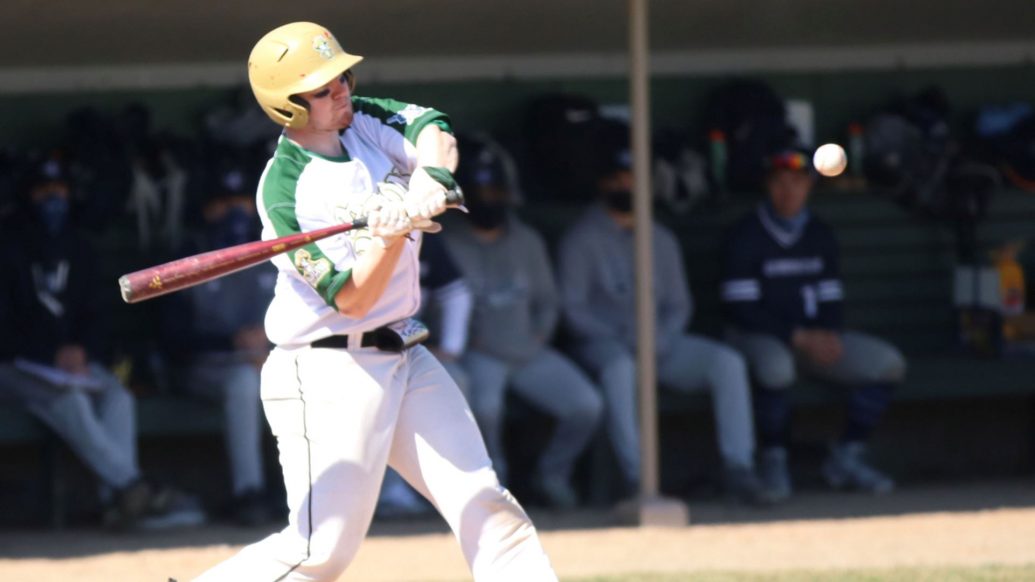 Franciscan University of Steubenville’s baseball team won its first game in a double header at home against Westminster College on Vaccaro Field March 14 at 1 p.m. and 4 p.m., with the winning score 12-6 and losing 7-6.

It was a big day for Franciscan baseball, as the team played its first games on campus since 2011. The team has been preparing since spring 2020 for its first season back.

Costello started off the first game with a two-run double in the first inning. Costello advanced to third and Peterson batted, scoring the third run of the day.

Westminster started its own action in the third inning as it doubled in a pair of runs. Ferrance kept the hitting going in the fifth inning and stroked a double to right field that allowed Costello to score.

Westminster brought its offense back up with a double to left field. The Barons had a huge inning in the seventh, as Peterson brought home Costello with an infield single. The Barons continued to keep the batting going and ended the seventh with a five-run inning.

Franciscan kept up their offense in the eighth, scoring three more runs. Peterson, Burke and Halsey delivered the RBI knocks this game, and although Westminster scored three runs in the ninth, Franciscan won their second PAC game of the season 12-6.

The second game didn’t go as well for the Barons, as they lost to Westminster in a close game of 6-7.

The Barons’ next home games are March 21 at 1 p.m. and 4 p.m. against Chatham University.