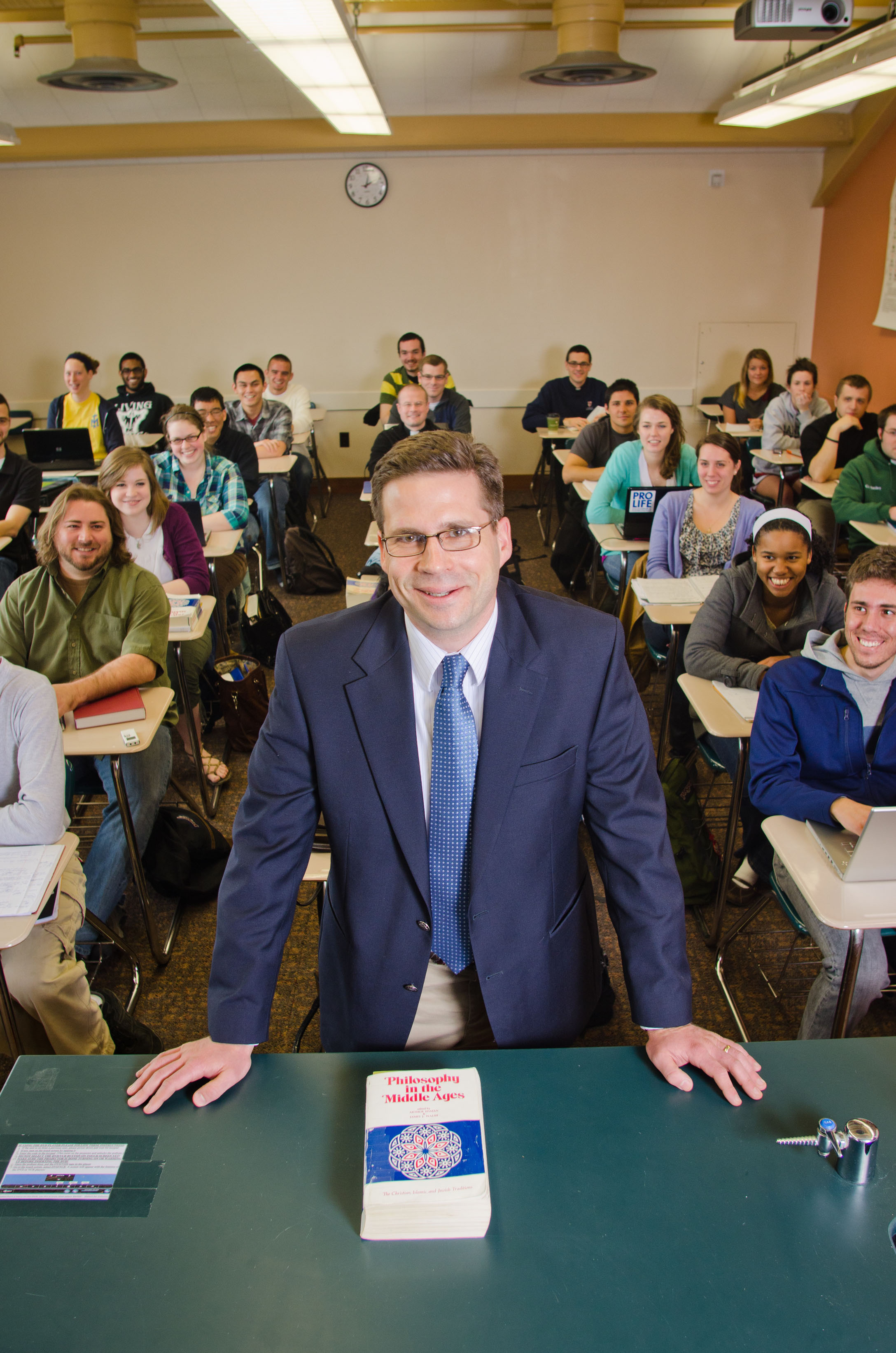 Jonathan Sanford, former Franciscan University philosophy professor and associate vice president for Academic Affairs, has taken on a new role at the University of Dallas, which is also a Catholic institution.

He worked at Franciscan University for 13 years and said he is enjoying his new job though he misses his students and the culture at Franciscan.

“The University of Dallas, it became very clear to me, was in need of someone with my background and abilities,” said Sanford, who holds a doctorate in philosophy. “At the same time, I was eager to use the talents the Lord blessed me with to help shape a vision for Catholic higher education.”

At Franciscan, Sanford served in many capacities, beginning as an assistant professor of philosophy and ultimately becoming the chair of the philosophy department and associate vice president of Academic Affairs.

Recently, Sanford was invited to apply for the position of dean of Constantin College of Liberal Arts at the University of Dallas. As much as he loved working at Franciscan, he said that he felt called to take on this role.

“As I reflected on what God wanted from me with respect to my work, it became clear that he wanted to continue to use me as a leader,” Sanford said.

His responsibilities as a dean require him to charge all undergraduate academic programming. He handles everything from hiring and promotion decisions with respect to the faculty, which is the size of Franciscan’s faculty, as well as finalizing all the class scheduling, overseeing the academic side of the campus in Rome, Italy, overseeing all the academic departments and working closely with their chairs and leading the student body.

Sanford said that he has found many blessings in his new job.

“I deeply appreciate the way in which faith and reason are tightly interwoven at the University of Dallas, the manner in which the pursuit of the intellectual virtues is not seen as an impediment to serious growth in the spiritual life but part and parcel to it,” he said. “There are also many wonderful people here, whom I am getting to know.”

He continued, “I have a strong sense of conviction that I am where God wants me to be right now, and that encourages me as I work through a new set of challenges.”

Despite knowing that he is where God wants him to be, Sanford said that he does miss Franciscan.

“I miss my students and friends,” said Sanford. “I miss the TOR influence.  I miss especially my son, who is a sophomore at Franciscan.  I miss cooler temperatures in the fall.  I miss playing basketball with students and staff.  I miss working with Dr. Daniel Kempton, the vice president for Academic Affairs, who is an outstanding academic leader.  I miss the members of my department who have been such a support to me over the years.  I miss Chris Ledyard and his zany stories, Fr. Nathan’s smile and Fr. Gregory’s sense of humor.”

He said, “You are at a wonderful university, and I pray for you.”